So, in case you missed it, I recently cooked TC a birthday meal. A meal of epic proportions. It was ridiculously over the top, and featured six courses in total.

And each course was themed around a game.

You may have noticed me Storying about it on Instagram (because I knew it was a social media platform TC wouldn’t see and spoiler for himself):

So behold, the series of Cooking Games begins (it’s a lot safer than the Hunger Games, promise). And we’re starting with the amuse bouche course.

The amuse bouche is a course to tantalise the taste buds and get the appetite whetted for the rest of the meal. They’re supposed to be bite-size, but what I prepared was a little bigger.

TC has been playing Dishonoured pretty obsessively recently (when he can steal the Xbox away from me), and it seemed a shame to miss out the game… but what to cook for it?

It was during a phone call with my brother (also a big gamer and Dishonoured fan) that the answer came to me. I could just slice up some bacon thinly and call it Rats Tails, right?

But I gave “rats tails recipe” a cursory Google, and stumbled upon something that sounded way better…

I used a whole tub of the light Philadelphia cream cheese and ended up with a ton left over, so the measurements for herbs and cream are approximate. On the plus side, the garlicky herby sauce will go great on pasta. Feel free to use the Garlic & Herbs Philly if you want to cheat.

I used smoked back bacon but I think streaky would have worked even better.

The original recipe said to grill rather than fry… but our grill is broken. I think frying worked though, who doesn’t love fried bacon? 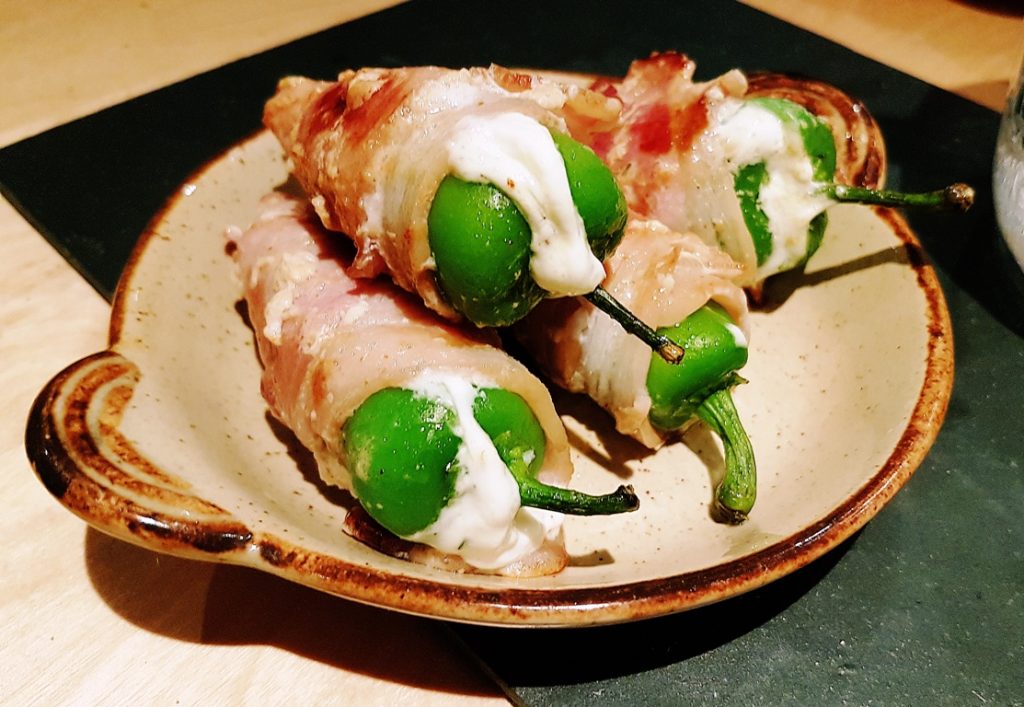 Serves 2 as a light starter.

These went down amazingly, and although they’re not the most obvious Dishonoured dish, they were damn tasty – and even without the seeds they were pretty spicy! 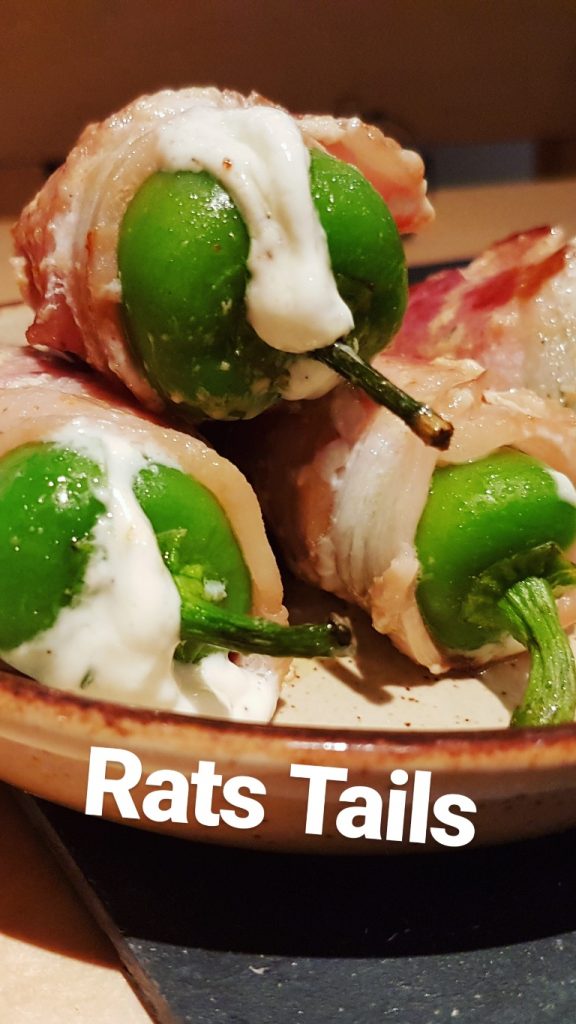 Are they Dishonoured enough? Will you dare to taste a rats tail?

One of the reasons I started this blog was to encourage me to try new things. Last week, these new...