And then they all came back to life and gave me feedback.

So, my last blog was over two months ago. So I think I deserve a bad blogger award for failure to update in far far too long.

But in my defence, a few weeks ago I ran my first Megagame, Everybody Dies. And it was probably one of the best things I’ve ever done. 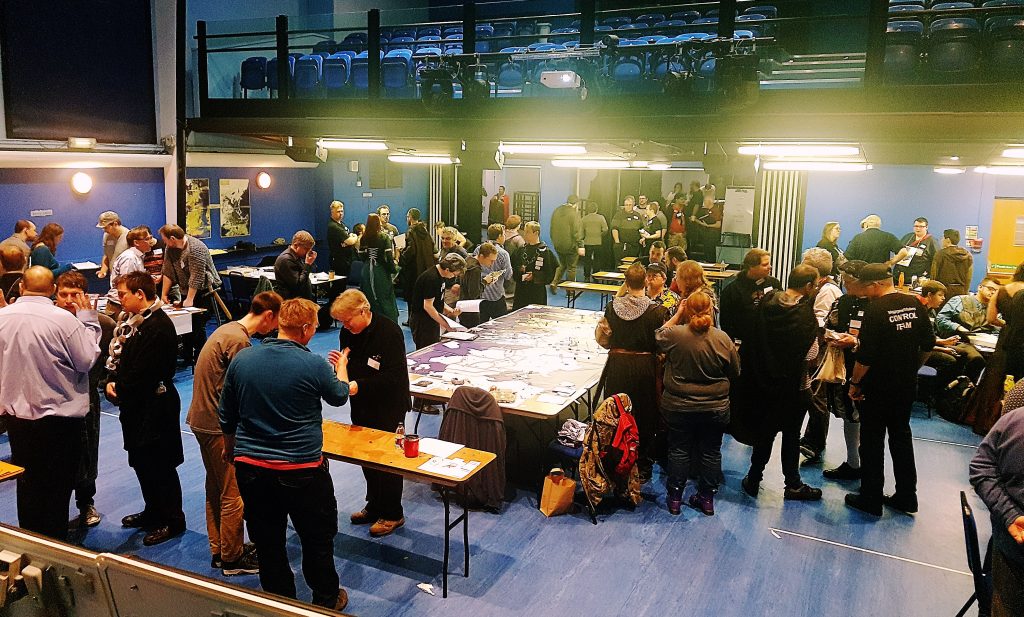 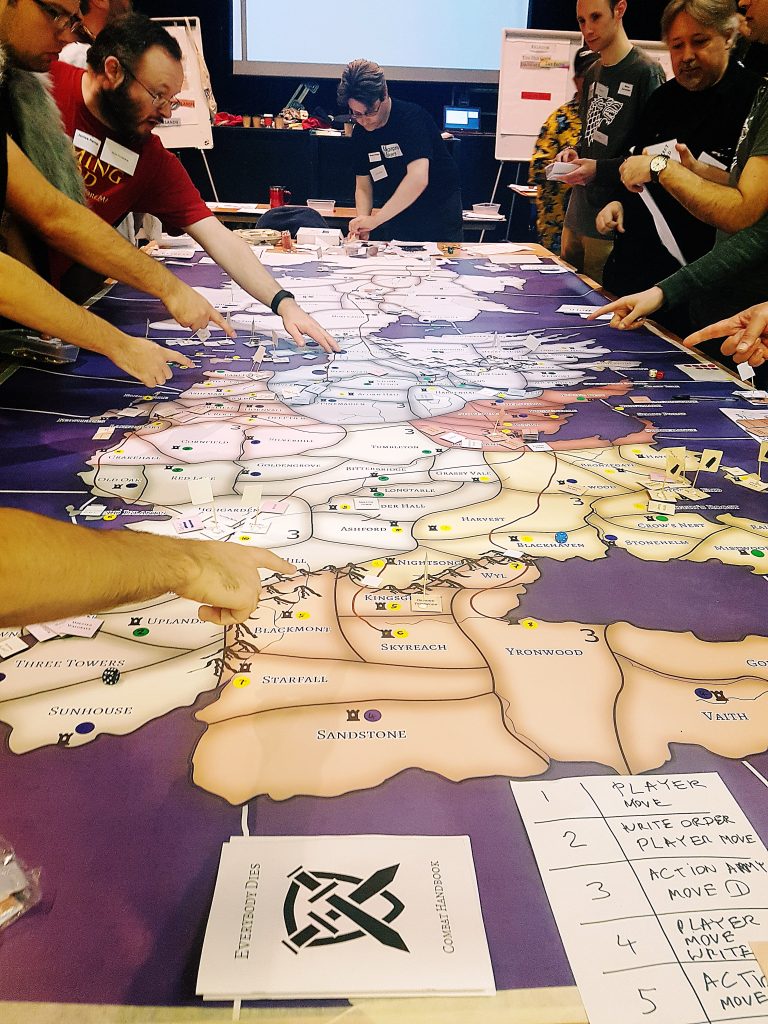 I had planned to run a series of design blogs to cover my run-up to the game – here’s part one, about the game categorisation, part two, with some setting info, and part three, about some of the game roles. Obviously the game took over, as I didn’t write any more… But I’m going to do a bit of a series looking at some of the design accomplishments and challenges.

Let’s start off by looking at the game day itself. If you want to know what happened… hell if I know! I’d recommend seeing the game through the eyes of one of the attendees through the following After Action Reports:

But what I really want to focus on is what went well… and not so well.

I’ve had a chance to look at some of the feedback from the game. Some people have been incredibly kind about sending me very detailed feedback, all of which will go into making the next game even better.

But first I want to blow my own trumpet a bit, and talk about some of the aspects that I think went very well, considering it’s my first megagame!

The biggest compliment that I received was that it felt very Game of Thrones.

I attribute most of the game’s success to the briefings. They were my favourite part of the game to do. Most players I spoke to enjoyed the level of depth in them – they always had something to fall back on!

I think a good number of people died. I never intended for every player to die (despite what the game name implied), and I think the deaths felt natural. I feel sorry for Catelyn who died of childbirth (probably the most realistic death of all of them to be honest), but apparently she had a fantastic time in her second life. 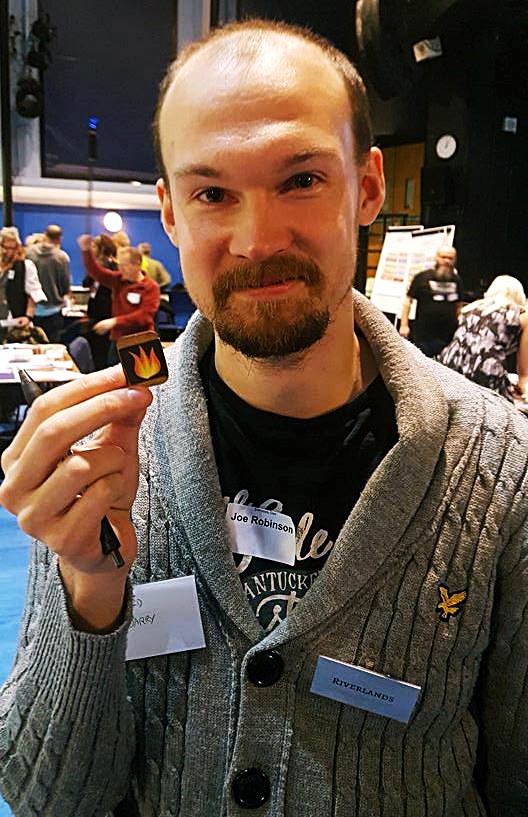 I had THE BEST control team. Seriously. I am blown away by what they did for my game.

The secret Maester plot was my pet project. Fitting that into the game was the moment when I realised I was really onto something. The maester conspiracy is a legitimate Game of Thrones theory FYI, and I think the GoT nerds loved it when they found out what was really going on. Of course, I now have to find a good plot for the next one…

The Small Council game worked so well that I was massively disappointed when Rhaegar took the throne! 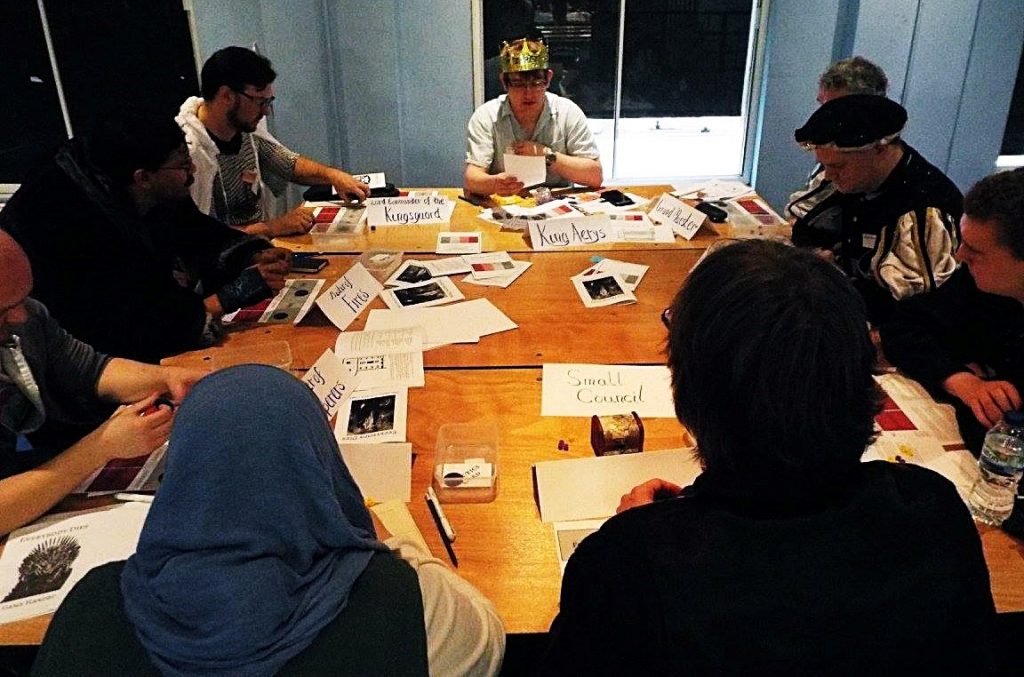 Beforehand, I was worried that players would rebel against the movement and communication restrictions. This didn’t happen, and feedback suggests it added a lot to the game.

Things That Didn’t Go So Well

I’m not a wargamer, and I think it showed. Some of my combat mechanics were thrown out within about 5 minutes by control (naval combat, I’m looking at you).

Control found it odd that people didn’t take any sort of penalties to income while armies were in the field – which honestly isn’t something that naturally occurred to me!

The field combat rules were pretty complex. But while I’ll take suggestions to simplify them, I think they did a lot to add to the feel of the game.

I want to make reaving a bit more entertaining for the Iron Islanders next game. 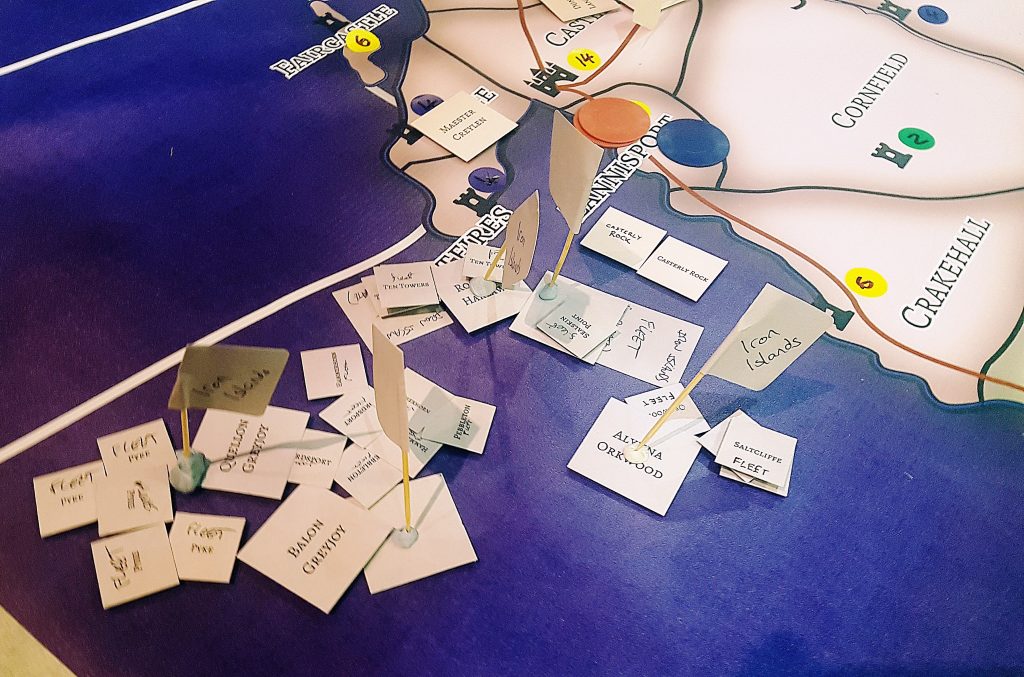 There were a few issues with the venue – we struggled to get access at first, and the fact that the cafe closed at 3pm was a pain because 3pm was the time I first thought about food all day!

The size was great but I’m not sure I’d use the venue again.

I added in the religion game at a relatively late stage. I wish I’d added in a bit more for the faith players to do. Most of them did very well once they’d found their feet, but it took a few turns for them to find something to focus their energy on, so I’d like to give them more of a basis to start from.

I sent Rhaegar mad for two reasons. Firstly, it is my headcanon that all Targaryens are actually mad. The gods don’t flip a coin – it’s just that some of them don’t live long enough for the extent of their mania to be seen. Secondly, I was worried that the Maester Conspiracy wouldn’t be enough to unseat him. I wish I’d trusted it to. I think it would have been a much more nuanced game.

Though naming his dog to the Small Council was a pretty impressive move, since I’m fairly sure all the dogs were destroyed two turns earlier 😉

The bards did amazingly, and some of their nicknames were amazing. But they got scooped by the maesters too much – next game I’ll be freeing up their movement. 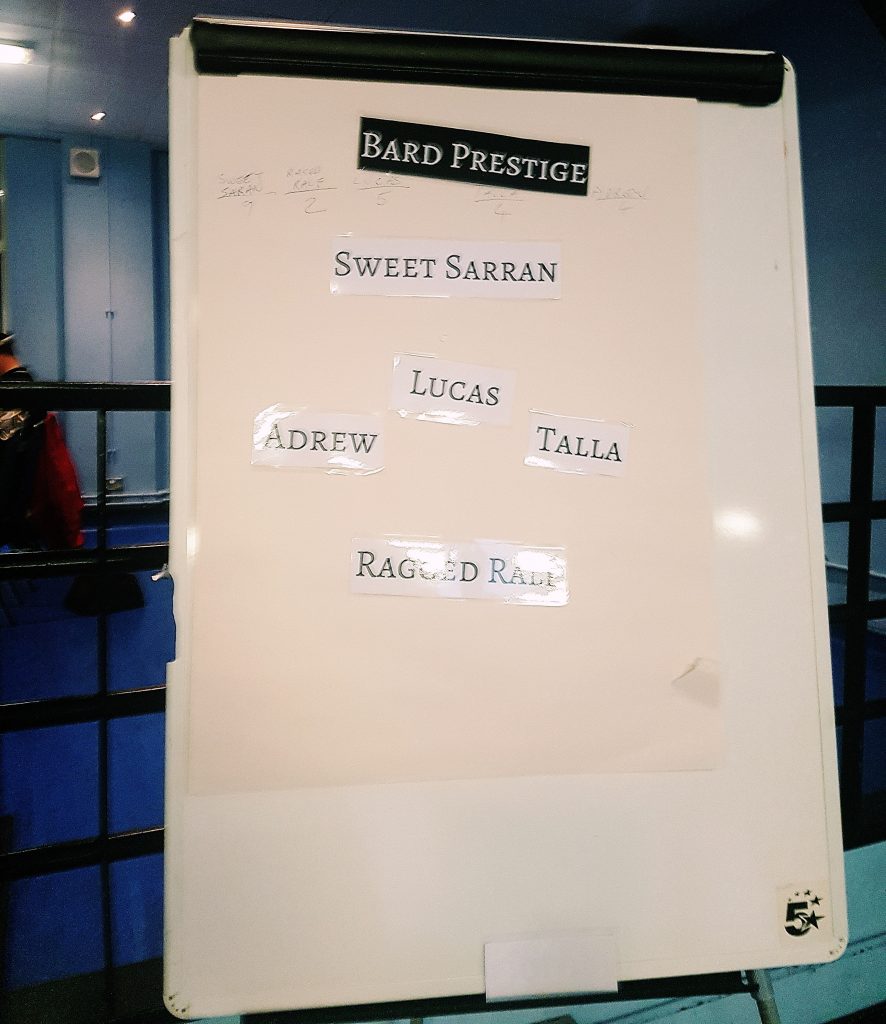 Control was very busy, and so they didn’t get as much of an opportunity to update the various value tracks as I’d have liked. I’m going to have to give this a rethink for the next event…

Overall, I think it went amazingly well 🙂 considering it’s my first megagame, and considering the incredibly high hopes everyone had for a Game of Thrones themed game.

Already I’ve been brainstorming ideas for the next run, and I’ve got some exciting ideas that I hope the next lot of players will love. There’s still some spaces left on that game (Manchester, 22nd April 2017). Click here and fill out the form to book your spot.

I hope to do a few more design blogs this time round – both retrospective about the original design, and current about the next run – so watch this space.

If you have any thoughts about the game that you haven’t been able to share with me yet, feel free to comment them below!

Helloooo Everybody-Diers! Okay, that's not a great name, but do you have a better one?? Anyways, today I'm going to...