Yes, on my blogger photo shoot, I genuinely got a picture taken with a dragon for precisely this blog post…

Last month, I pitched two games for next year’s Pennine Megagames calendar. Next week, I’ll be heading to Manchester, where I’ll get a chance to pitch the games to the Pennine Planning members.

But what are my games? Why am I excited about them? And what is the next setting for the Everybody Dies series? Keep reading, and you’ll find out…

I know y’all want to hear about the GoT game, but bear with me and read about my other game first. No, it’s not a placeholder name – Lorem Ipsum is the title. And it’s set in Rome. 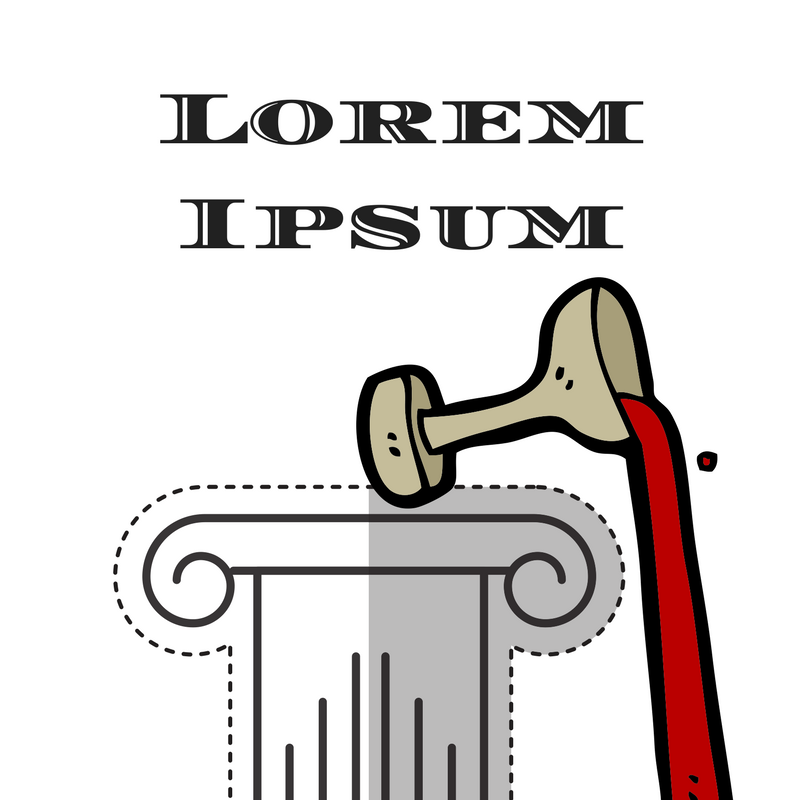 Operational military (OM) games are a popular sub-category of megagames. There are many players who exclusively play that game type, and many more who prefer them. As someone who always chooses a diplomatic role given the chance, they’re not exactly my favourite genre. I much prefer political-military (PM) games, one of the other popular megagame types. But just how an OM game is a PM game with the politics omitted… what would a PM game with the military omitted look like?

Well, it would look like Washington Conference, a fantastic megagame by Dave Boundy that I played in October 2015. The game was focused around a series of council sessions. Set in 1921, the setting was the Washington Naval Conference that historically took place following WW1, to discuss limitations on the number of battleships and various other military matters. So for a non-military game… it felt very military! But there was no map, no counters, no real mechanics… just people talking.

It wasn’t a LARP, because it was turn-based and real-time didn’t match game-time. It was definitively a megagame – let’s call it a Political Council (PC) game.

Well, I’m pitching a PC game. Lorem Ipsum is centred completely around the city of Rome, at an indeterminate time when the Roman Empire ruled. Rather than choose my favourite emperor (too hard!) I’ve named the one in this game Caecilius (shout out to my Cambridge Latin Course nerds!). Or Metella, because screw all that ancient Roman sexism.

Since the Emperor is all-powerful, the Senate is mostly defunct, right? Wrong! The Emperor is far too busy to do everything, so senators will be jockeying for position, power, titles and more.

Religion will play a massive part (there’ll be augeries before every senate meeting!). There will be priest players who are responsible for keeping the obligations to the gods at the forefronts of everyone’s minds. If you forget… there’s nothing like a vengeful Jupiter to get you back in line.

Culture will be big too. Philosophers will debate points of reason, and architects will help shape the future ruins that will be left by the 21st century.

Now, I can’t remove the military completely from Rome – what’s the Empire without its centurions! – but it will be super high level. Such as, which legion will be sent to which revolting province? How will they get food and supplies? Who will command them? There’ll also be the internal Rome policing to be dealt with, and who can forget the Praetorian Guard?

Everybody Dies 3: Playing With Fire

We’re back baby! I said I’d never do another Everybody Dies when I was in the week countdown to the last one. Well, I’d changed my mind by the time the first turn was over.

But I wanted to challenge myself. The original setting was getting repetitive for me. And the pressure to create new conspiracies for each game made it more difficult to come up with good ideas.

So instead, I’m exploring one of my other favourite eras of Westerosi history. The Dance of the Dragons! 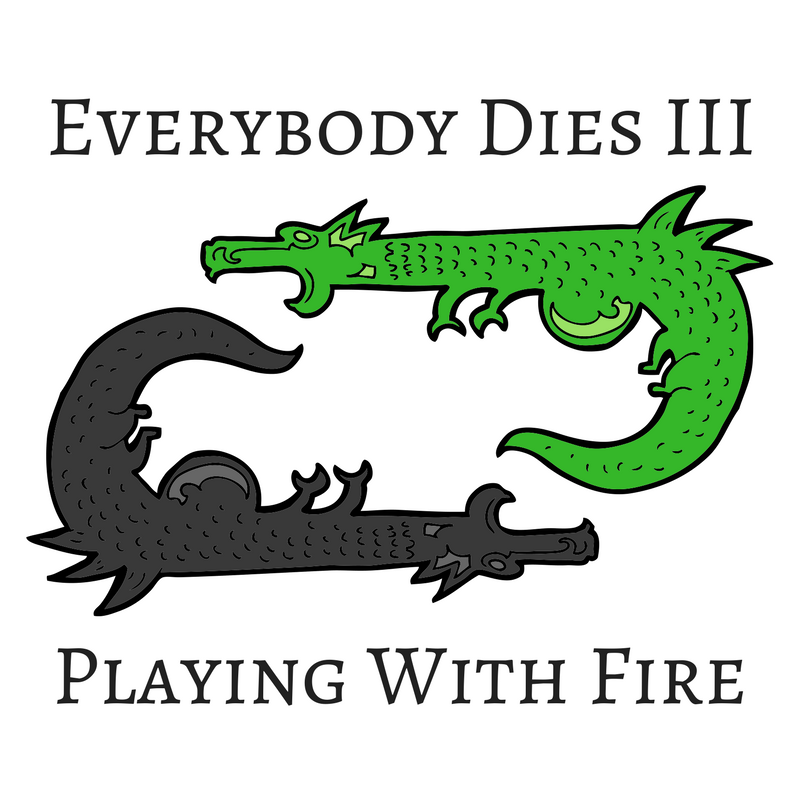 The Dance of the Dragons

In case you don’t know this era well, it’s about 170 years before the events of the books… and there are living dragons!

The Dance of the Dragons is the fun name for the civil war between two members of the Targaryen family. Rhaenyra had been named heir, the Lords had sworn to her, and she had been trained to succeed her father Viserys since she was young. She had six sons already, and was ruling as Princess of Dragonstone, the historical title of the heir.

Meanwhile, her younger brother Aegon and his ambitious mother Alicent Hightower were certain that the crown belonged to them. The precedent that a woman couldn’t inherit the Iron Throne, nor pass through her to her sons, was the very one that gave Viserys his throne! Rhaenyra had lots of scandal attached to her name, and the Hightowers had many powerful allies who were determined that their boy get the throne.

The current king, Viserys, believes the matter is good and settled, with Rhaenyra due to inherit. But historically, when Viserys died, Aegon was crowned instead.

This instigated a civil war that drew in armies from around the realm. Bannerman fought against bannerman, and dragon against dragon. As dragonriders died, more were sought out to replace them. As dragons died… well, by the end of the war, only four dragons were still alive.

The game will centre around the final few months of Viserys’ life, and the war that will almost certainly follow his death.

In terms of structure, it will be very similar to Everybody Dies and Everybody Dies Harder. Dorne is not yet a part of the Seven Kingdoms, so they’ll be handled differently.

And, of course, we won’t have the Small Council Game! This is one part I’m very sad to be leaving behind, but having potentially two rival Small Councils issuing demands and levying taxes makes me pretty excited.

And I’ll need to create the new dragon rules of course! There’ll be rules to become a dragonrider (very high death-toll rules, ofc), and rules for dragons within combat. George R R Martin himself has referred to dragons as being similar to a nuclear bomb, in terms of power and danger. So it will be interesting to see how the players deploy them…

As mentioned, these games aren’t definitely running yet. I’ll be pitching them on Thursday 5th October at The Briton’s Protection in Manchester. Any members of Pennine Planning (including those who join on the night) can vote for the games they want to see… and hopefully I’ve persuaded you that at least one of those is worth a first playtest (i.e. running). If you want to find out about the other games that are being pitched, head over to the Facebook event!

Am I famous for press at megagames? I think I am. My second ever megagame role was as the Head...