Course two of the “best meal I’ve ever cooked” was spag bol.

It was just before Christmas, and the brief was “no Christmassy food”, on account of it being a birthday meal for Tim’s mum. Knowing I wanted to make the amazing Nigella Lawson Anglo-Italian trifle for dessert, and having decided on my favourite Parma ham and goats cheese tartlet for starter, it seemed that Italian was the way we were headed.

I toyed with the idea of seafood linguine or a hearty lasagne, but eventually decided on the authentic version of spaghetti bolognese – tagliatelle al ragu.

Spaghetti is actually a really bad choice of pasta for a meaty sauce. It’s too thin and the sauce just slides right off it. Real Italians would choose tagliatelle or pappardelle or another flat pasta to pair with a bolognese sauce… which is technically speaking, a type of ragu from Bologna. Hence, tagliatelle al ragu.

Now, I have actually made my own tagliatelle before (thanks to Leeds Cookery School) but here I used the nice fresh tagliatelle you can get in a lot of supermarkets these days. And of course, the pasta should be cooked in water “as salty as the Mediterranean”.

The first part of making the ragu is making soffrito. This is a mix of finely chopped onion, carrot, celery and garlic, which forms a vegetable base for your to layer your other flavours on top of.

I got proper steak mince from M&S for this (would have gone to the market if I’d had time) because a great spag bol starts with great beef. I’ve paired it with Worcestershire sauce to enhance the meaty flavour, red wine for a touch of class, and bacon… because bacon!

I always like to add a few cherry tomatoes into the mix just before the end, along with the fresh basil. It gives it a fresher flavour in my opinion. This is also why I hold back on the amount of chopped tomatoes I put in. A lot of recipes you’ll see say two tins. I find subbing in tomato puree and fresh tomatoes gives it a lighter texture. 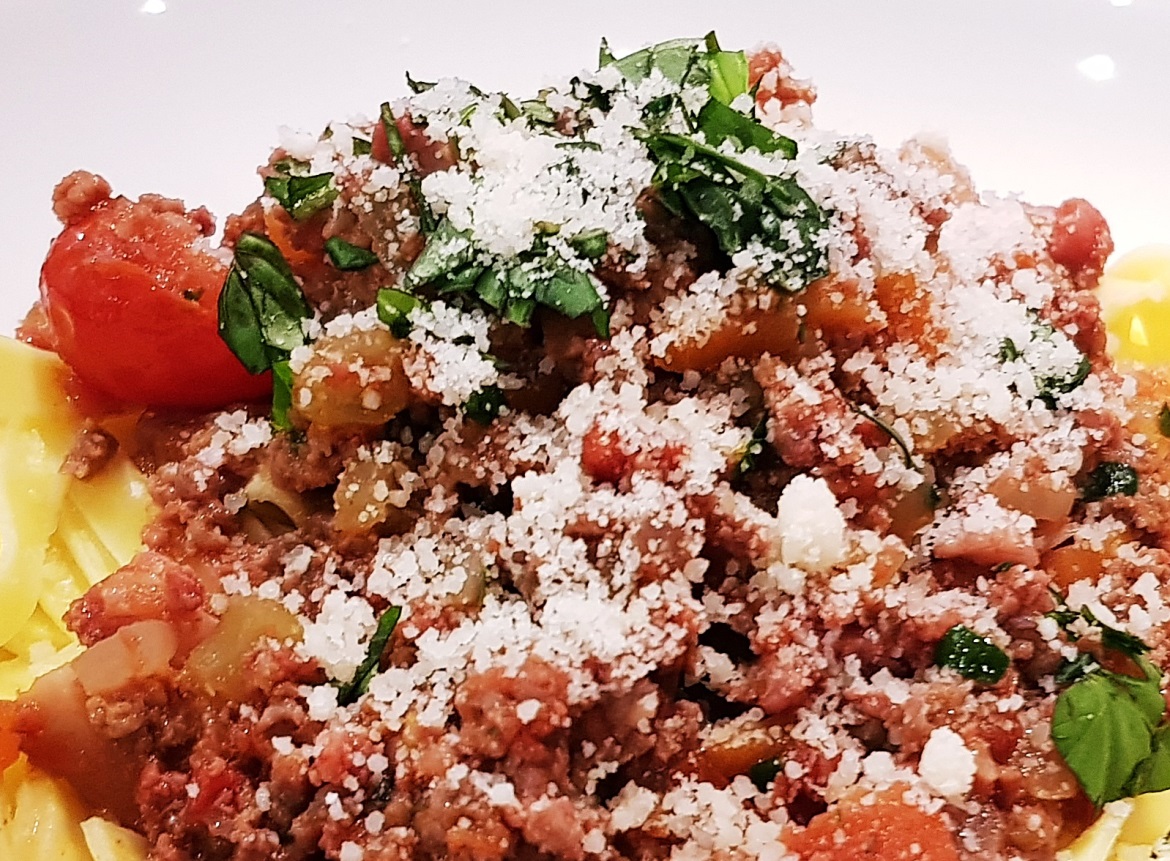 And, of course, serve it with a glass of the wine you put in the sauce. You should only ever cook with wine you’d want to drink (although I don’t think that’s going to stop me from keeping opened white wine in the fridge for weeks until I remember to put it in risotto). 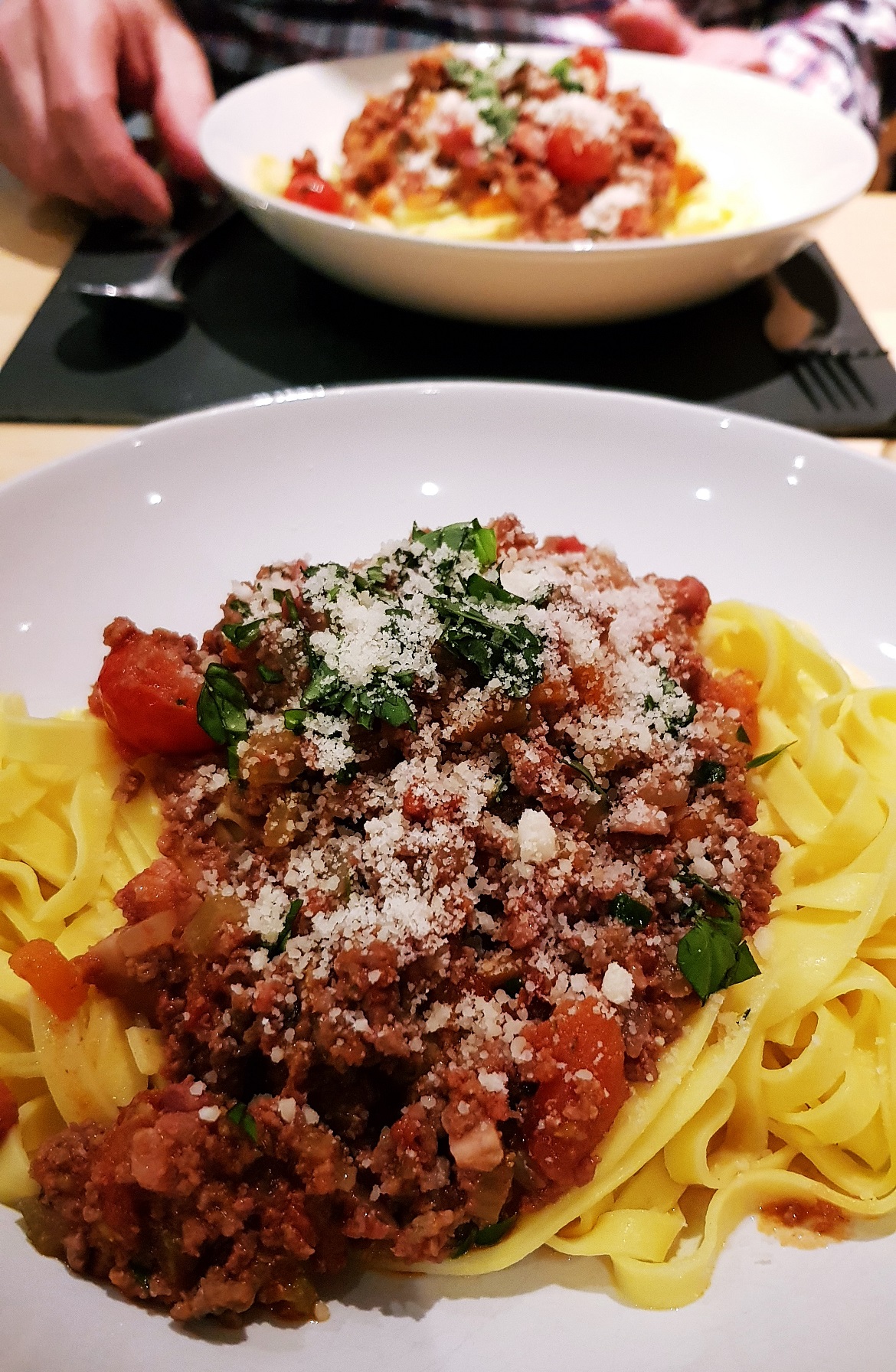 Have you made “proper” spag bol before?

It doesn't seem like long since I did one of these... Oh wait, it hasn't been, because I did my...