(Fyi, October is my birthday month. Hence the excitement…)

September has simply WHIZZED past, but reflecting back, quite a lot has happened.

I started off the month down in London and Surbiton for a few days.  I stayed with one of my ex-flatmates, Fish, in Surbiton and we had a fantastic catch up, in between all the gaming I was really down there for. 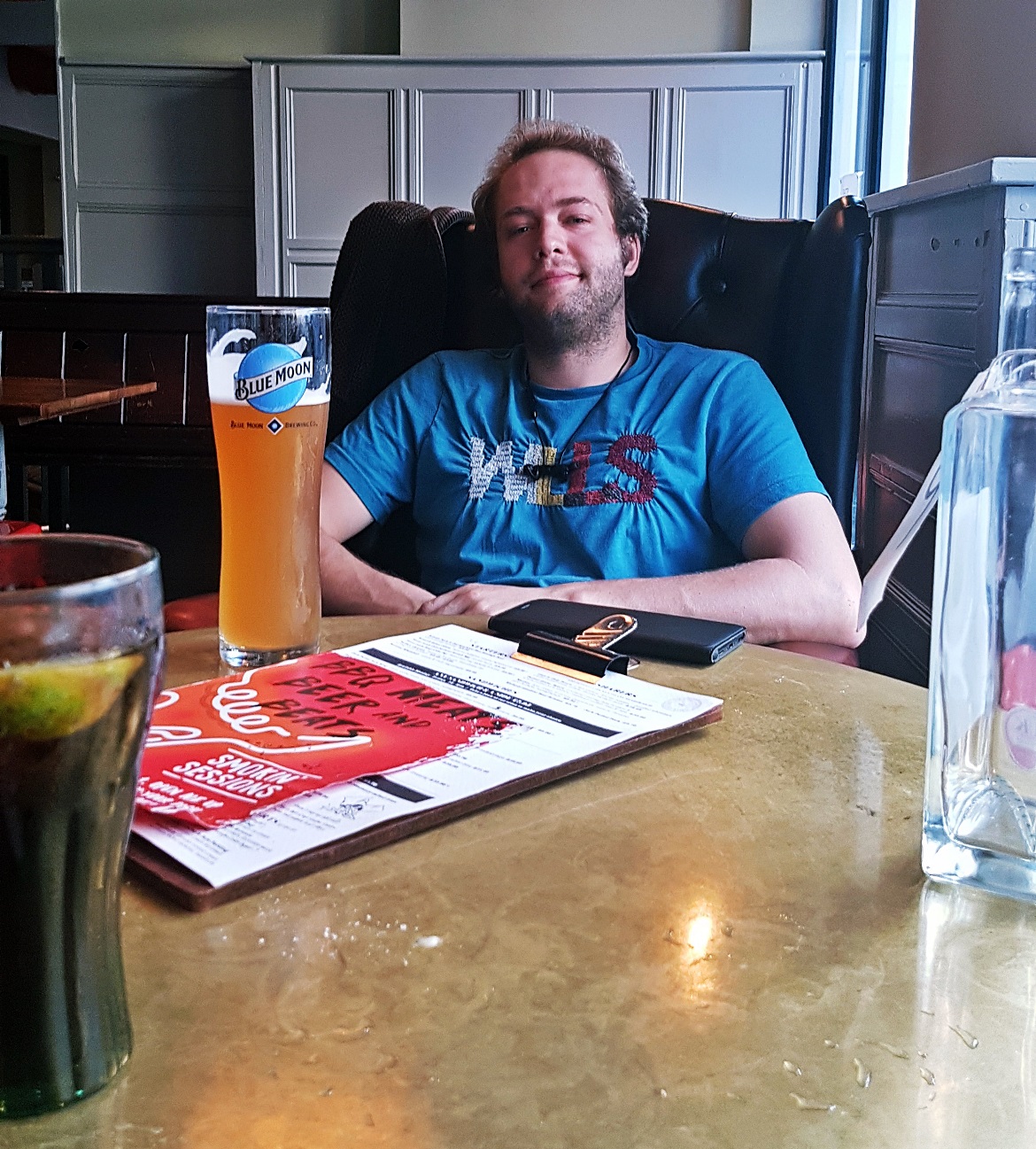 The big thing that happened in September was my staycation with Tim at his parents’ place out in Burley-in-Wharfedale. They were away and we had offered to house-sit and fish-sit. The week was absolutely amazing. We went for a walk out on the moors, got a little off route, and had to follow a sheep to find the Cow and Calf. 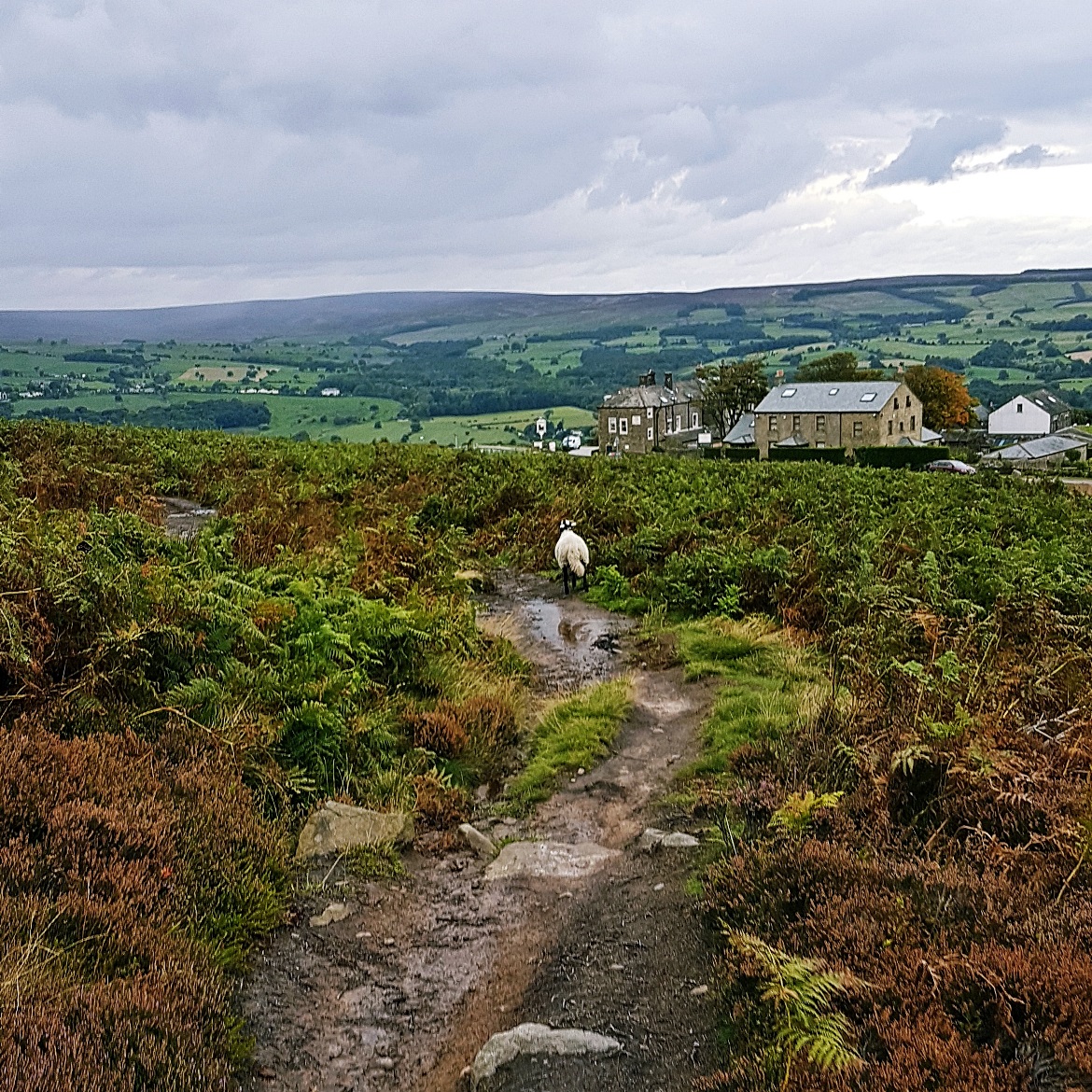 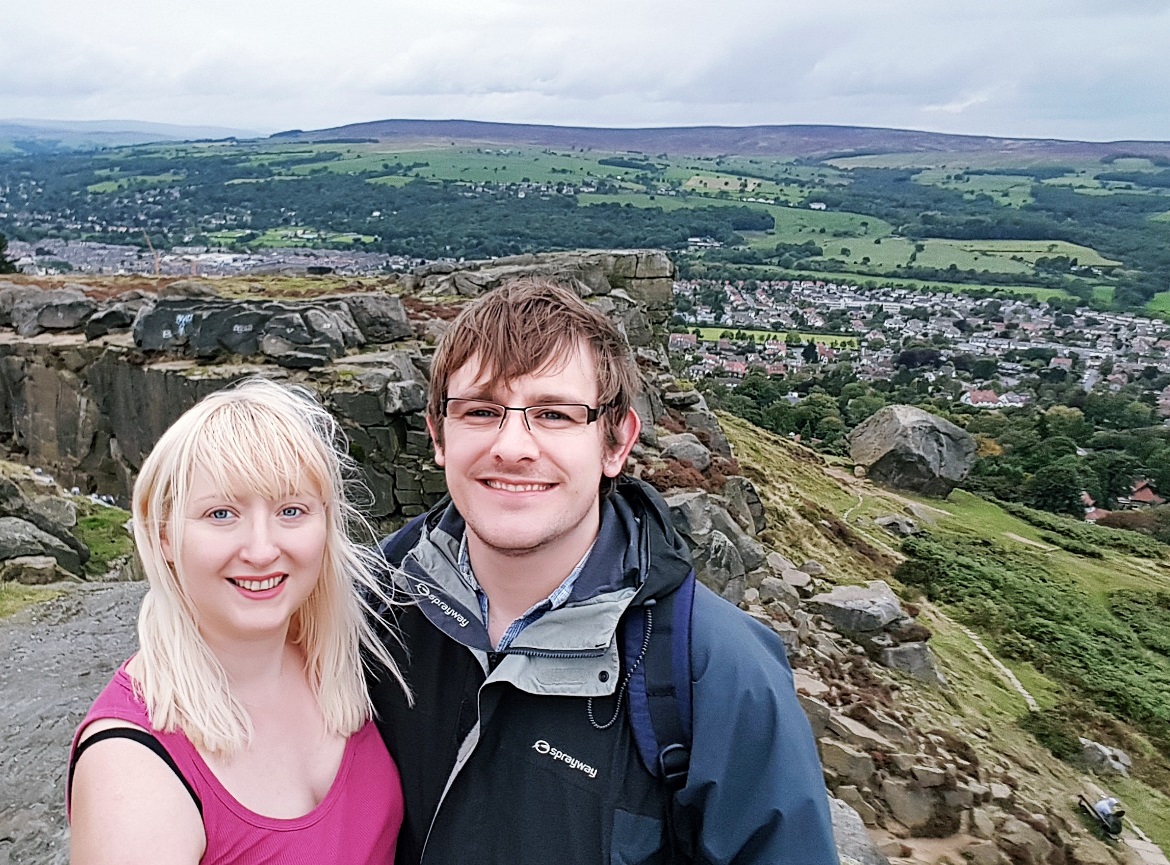 We also had a wander around both Burley and Ilkley. The pace of country life is very different to life in the city centre.

We had a day trip to Knaresborough. Despite the weather app threatening us with poor weather all week, we actually had a couple of bright sunny days, and we took advantage of one to go wandering around Knaresborough Castle and rowing on the river. Unfortunately the castle museum had shut for the season just a couple of days earlier, so we’ll have to head back there soon. 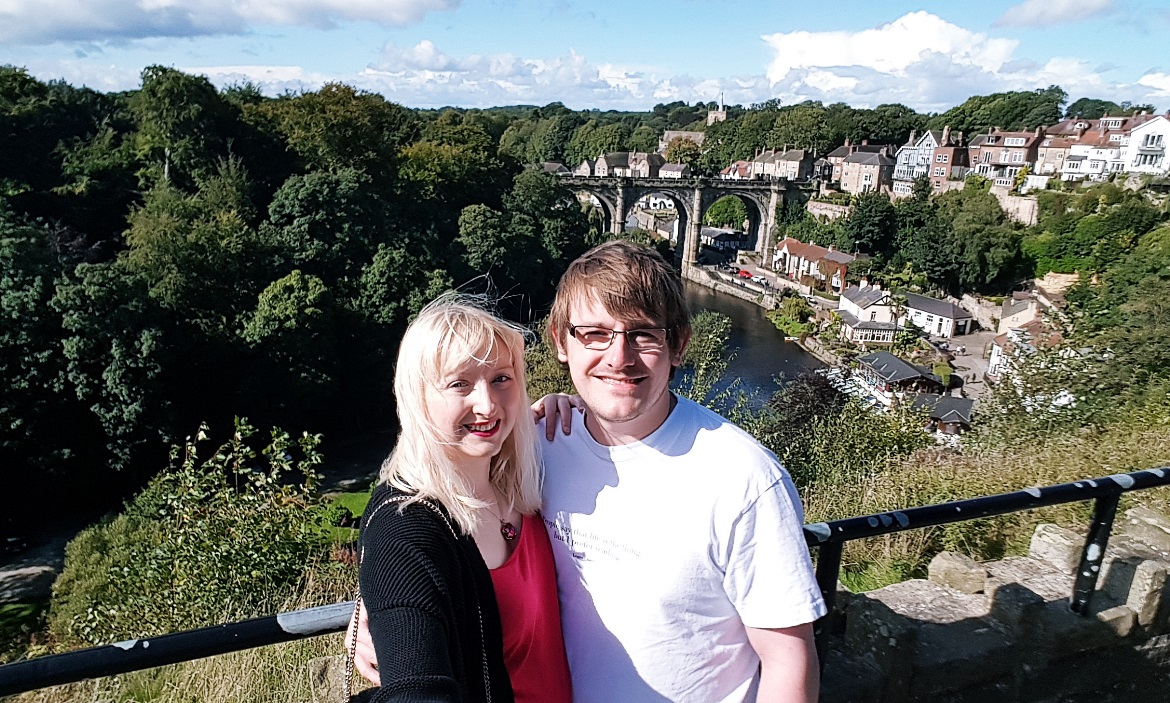 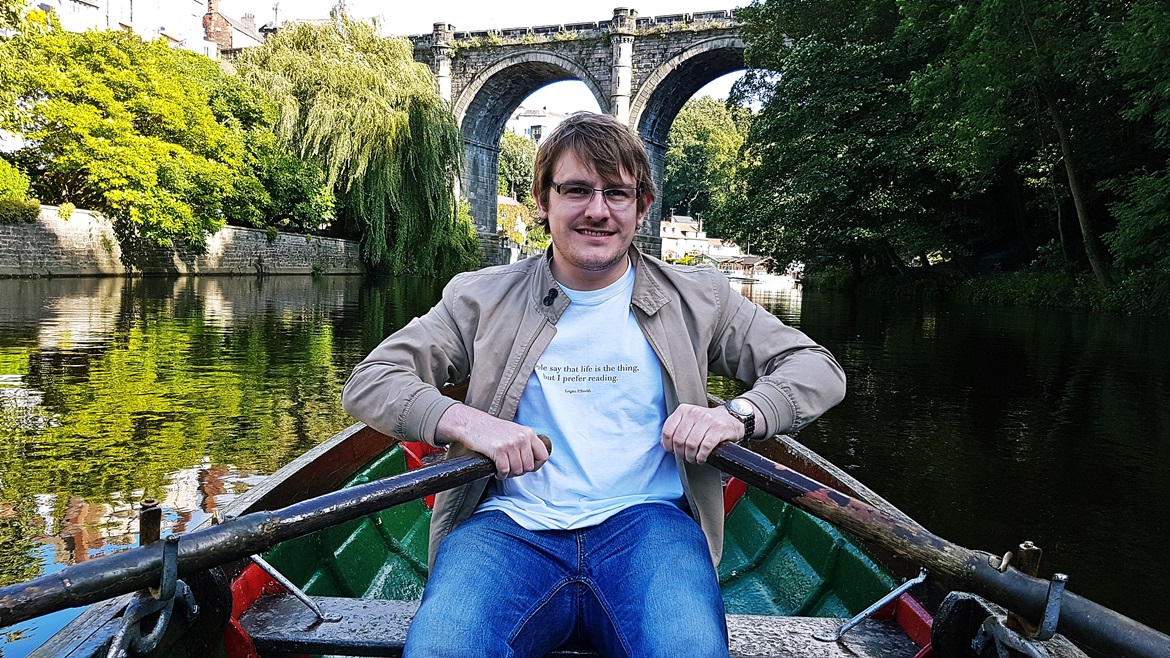 And then the rest of the week off was spent chilling, reading, writing blogs, cooking, eating and enjoying each other’s company.

Back in the swing of things, I spent an evening networking with other digital ladies at She Does Digital. It was really cool to meet so many other women who work in a similar field to me – and to find out how many different and varied jobs there are out there. 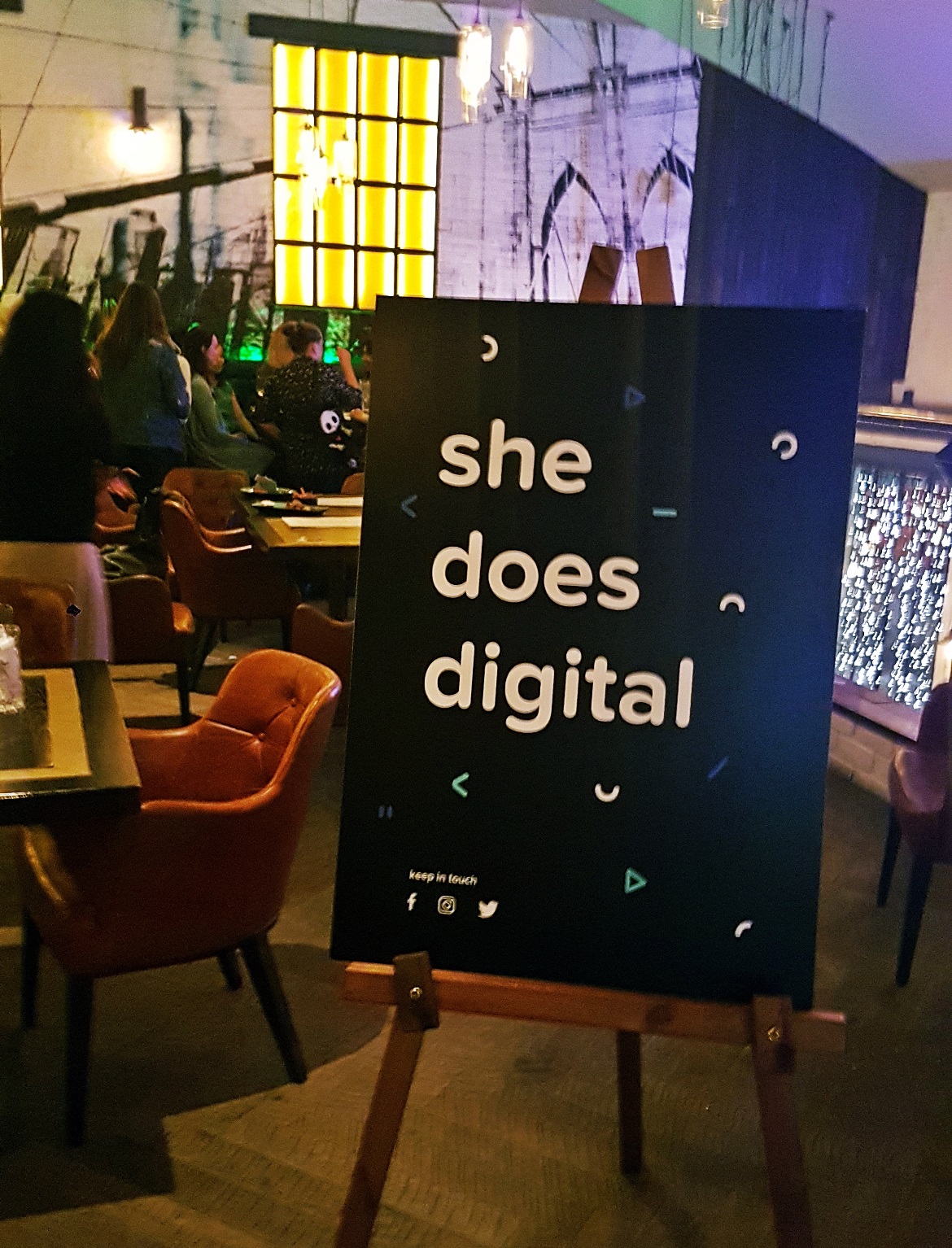 I was invited to try out Leeds Cookery School, and it was a super interesting evening. We made mushroom tagliatelle, which I enjoyed even though I’m not a mushroom fan, and I left with another batch of pasta dough that I cooked up myself at home later that week. Don’t worry – there’ll be a blog coming soon. 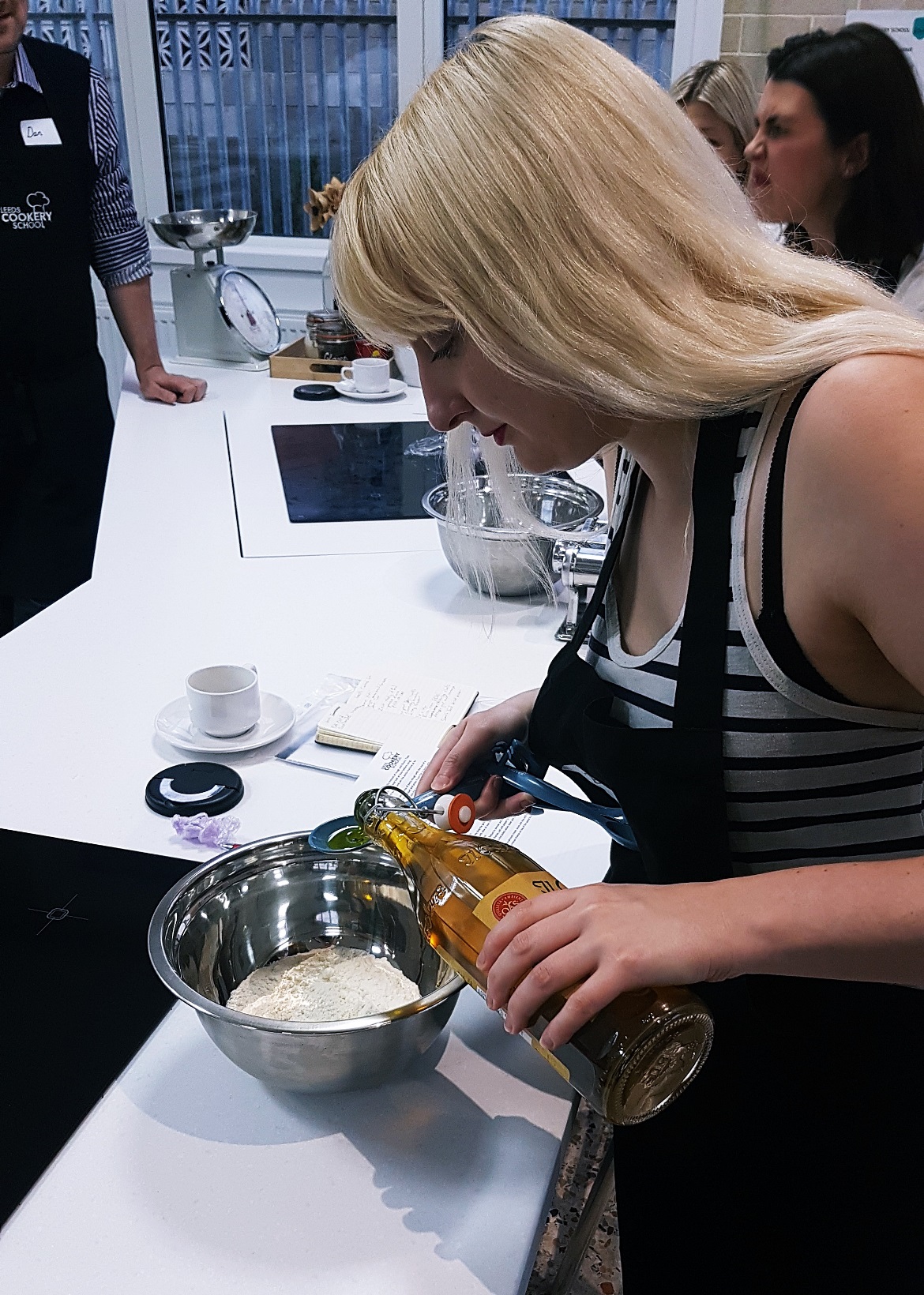 The last day of September was one of the best. I spent the daytime at the Bloggers Blog Awards, where I caught up with some blogger friends, met some blogger idols, and found out more and more about the blogging community… 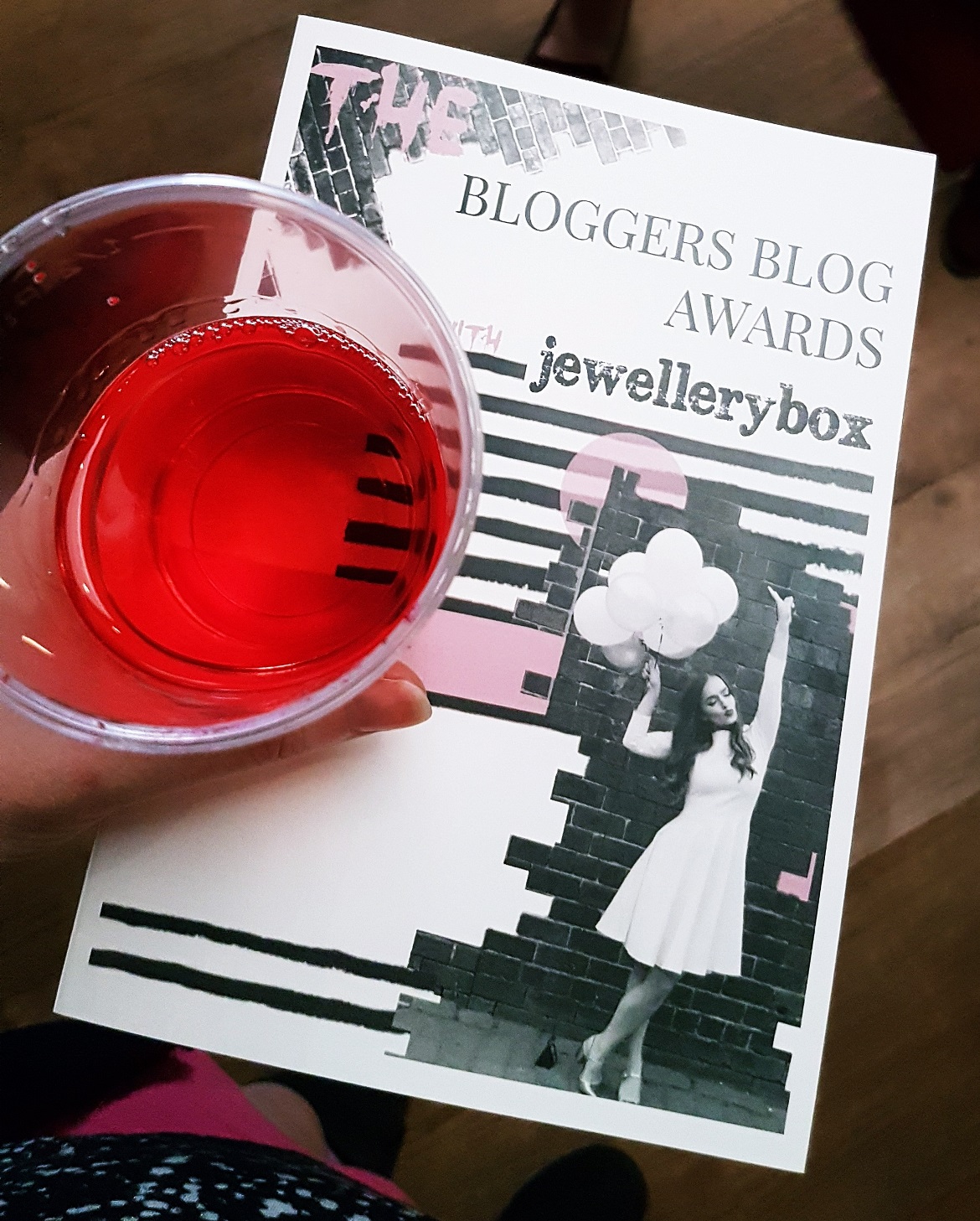 …And the evening of the last night of September was spent with some of my best friends. We went for food at the Soap Factory, thanks to a deal I got through PG Promo, and then had a rushed drink at Sky Lounge (we didn’t factor in queue time when thinking we’d be able to get a drink before Keeleigh’s train). 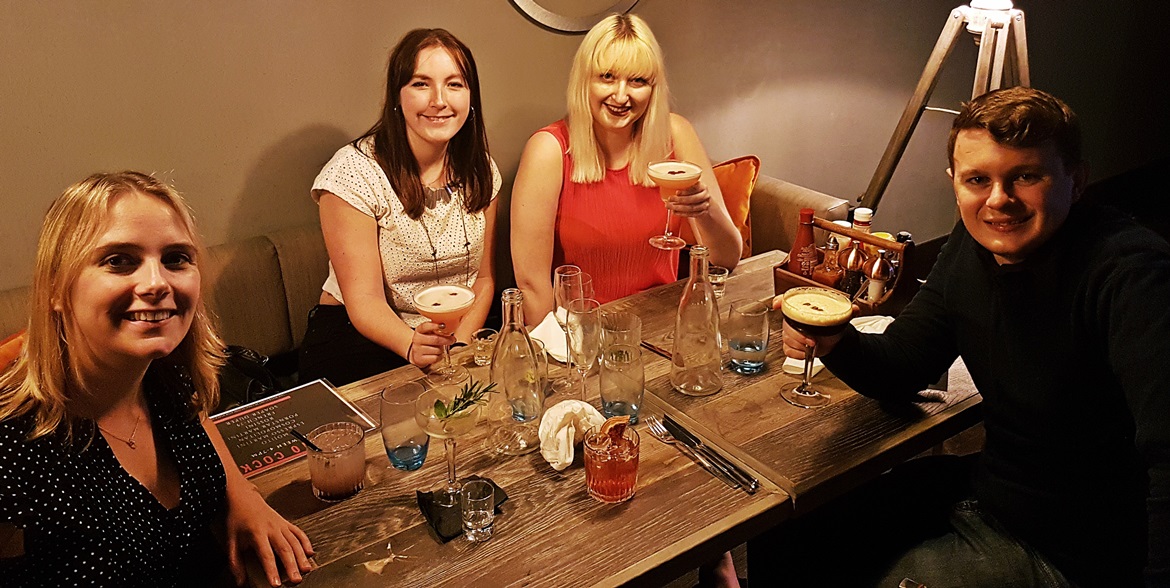 We ate out a few times during our staycation. First up was a hefty lunch at Wildwood in Ilkley. Tim ordered from their starter-and-main-for-£10 menu, and I only got a main, and was relieved I did! His starter was definitely big enough for us to share, and they didn’t skimp on the main courses either. 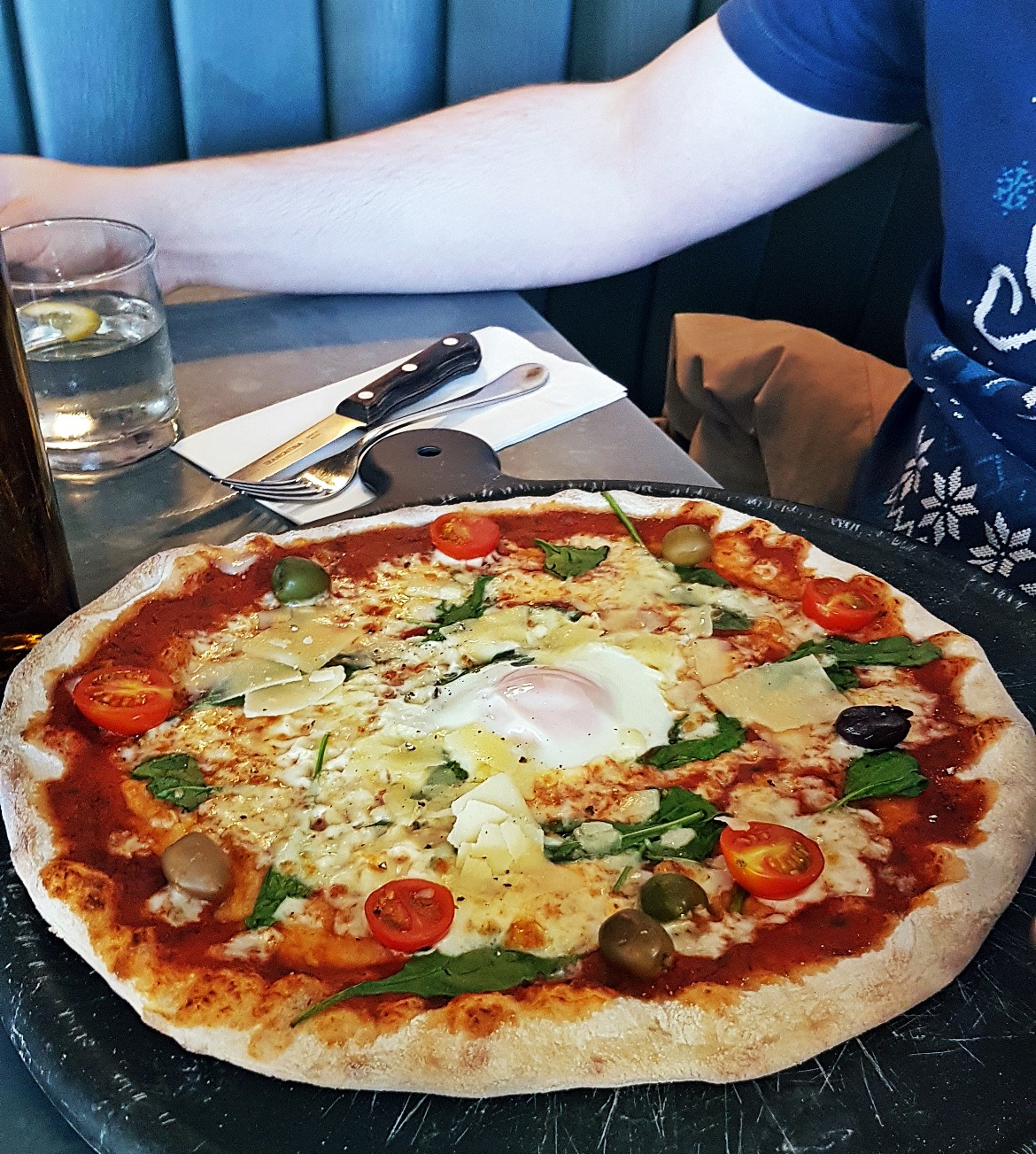 Next up we visited a highly regarded Indian restaurant, Kashmiri. The food was amazing, but unfortunately the painfully slow service let it down. And most disappointing of all, I found the Saag Paneer, my favourite side dish, absolutely inedible. 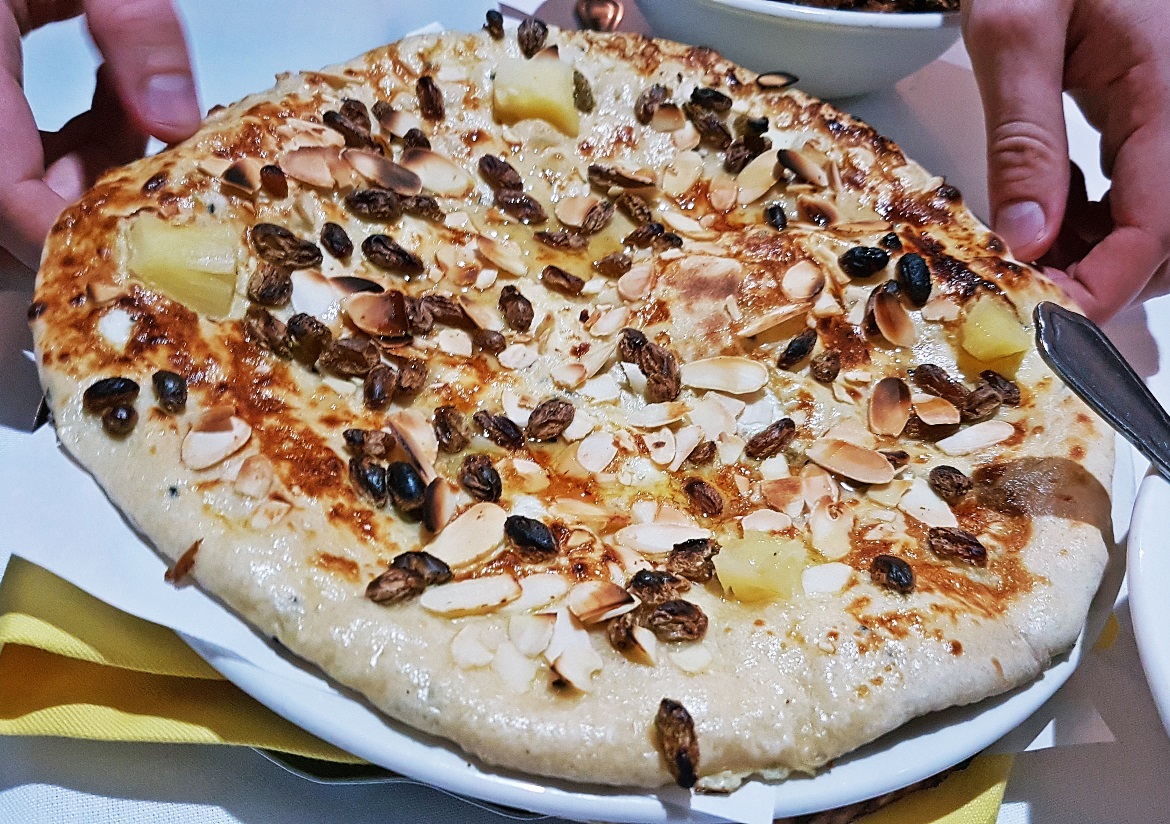 The best meal of the month was without a doubt Piccolino Ilkley. I’m intending to write this up, so I won’t go into detail, but let’s just say I had lobster and it was daunting! 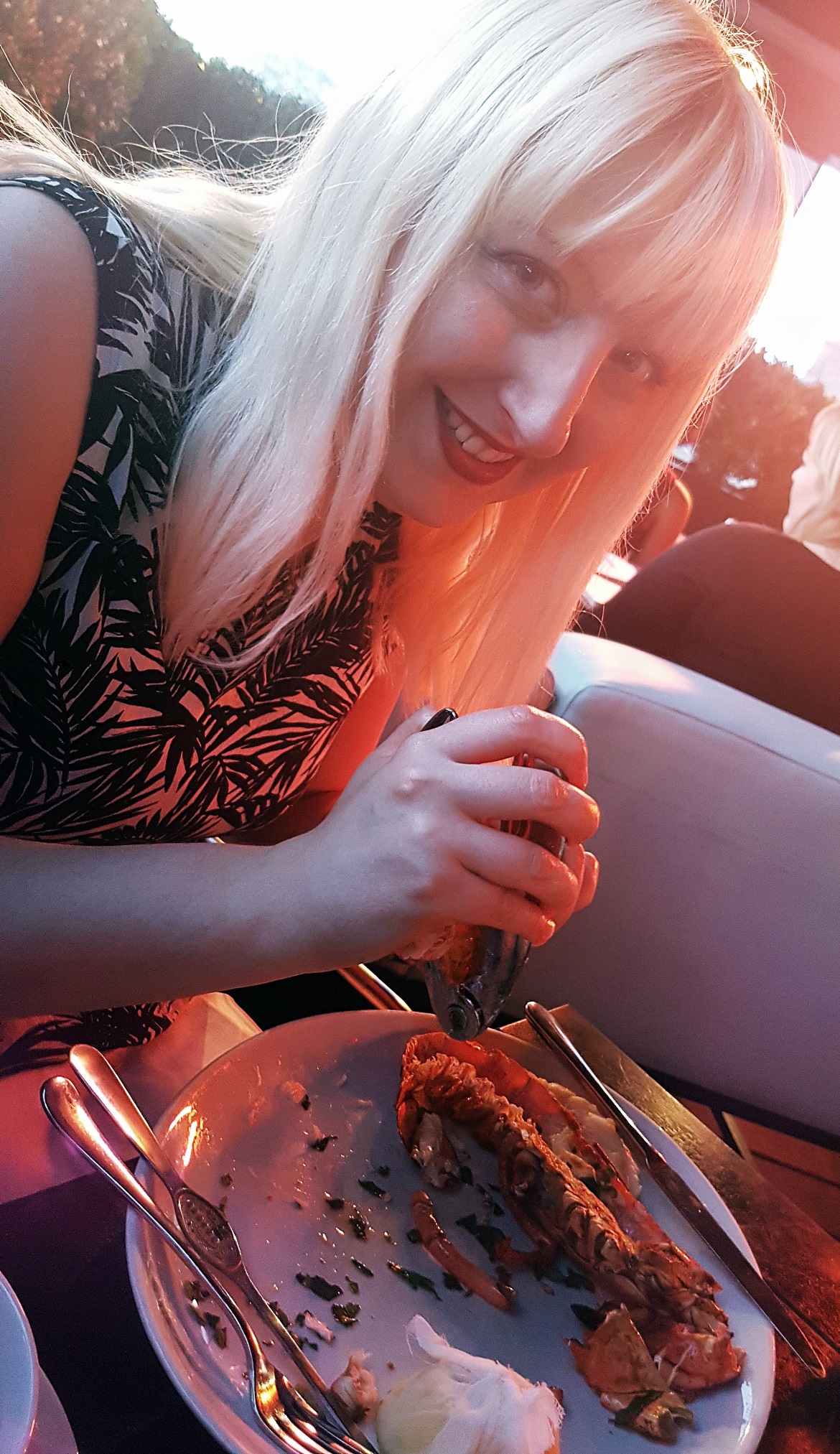 Returning to Leeds itself, we ended up in Wagamamas late one night. I was thrilled, as I got to show off my menu knowledge, thanks to the amazing Menu Tasting I went to over the summer. Down in London, Tim and I visited La Regina, a nice Italian place just over the road from King’s Cross station, before he headed back up north while I stayed down south a bit longer. 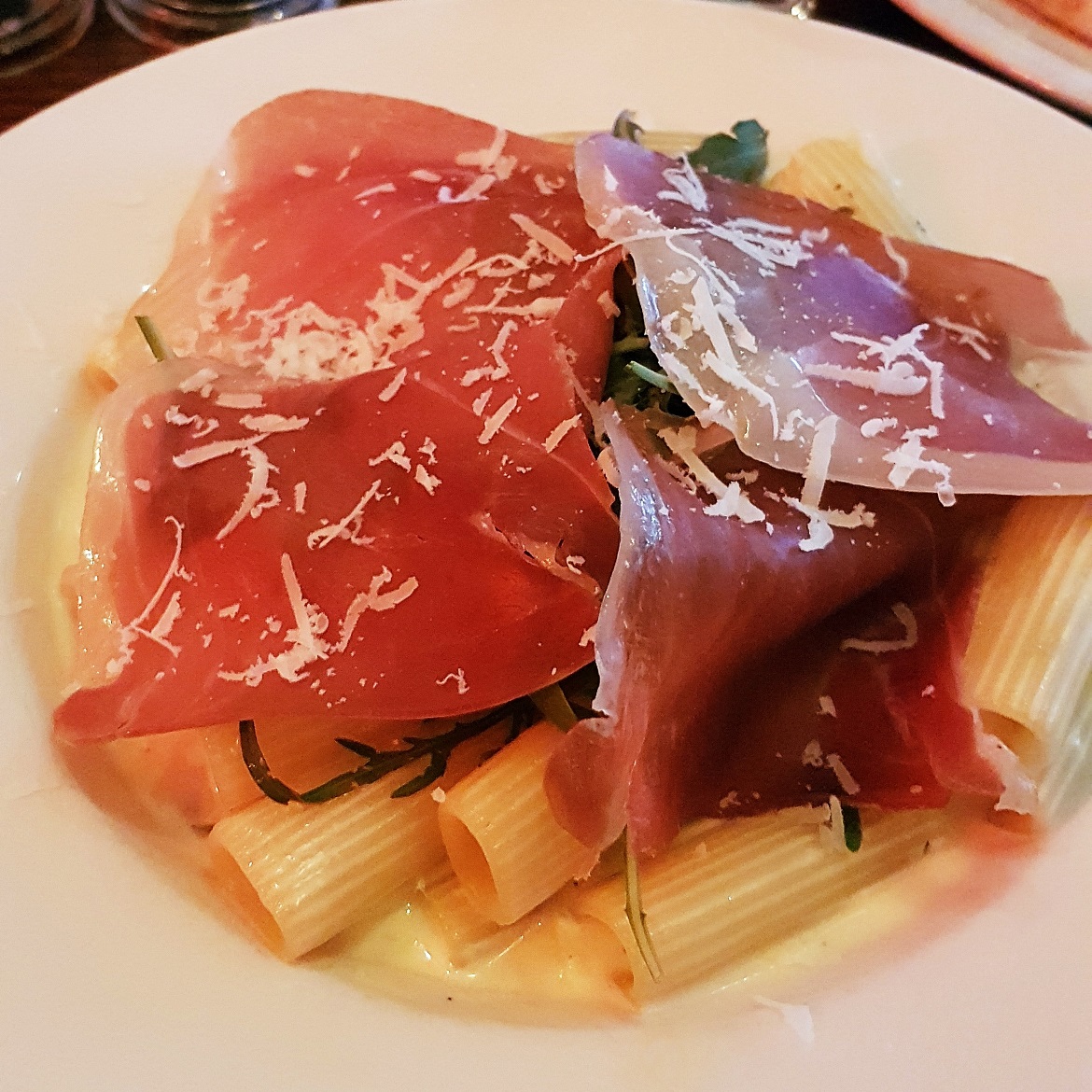 While staying with Fish, we went out to one of our regular haunts. East India, or, as we called it for some reason, East Of India, is a tiny Indian restaurant that for some reason always has a crazy easy way to get your food for half price. We also stopped in at our regular, the Duke of York, for a couple of drinks.

OMG guys I tried my first PSL! In case you’re not a millennial, that’s pumpkin spice latte. It was amazzzzzing. I definitely know what I’ve been missing. My big meal of the month was the three course dinner, which I cooked purely because I had access to Tim’s mum’s incredible kitchen! I’ve written up the starter, Red Pepper Bruschetta, but the main, Beef Wellington sans mushrooms, and dessert, churros, are still to come. That wasn’t the only creative thing I cooked while on holiday. I made a combo of flapjack, mascarpone and fresh fruit. I’m hoping to make this again with a specific presentation that I believe will appeal to Instagram 😉

I also made my favourite breakfast ever, pancakes and bacon, and I seriously think this batch was the best I’d ever made! And I made some Black Bottom Cupcakes, which unfortunately collapsed in the middle, but luckily didn’t affect the taste. While out in Burley, we threw a decidedly British BBQ… in that it rained! I’m still super proud of how the non-meat part of the meal looked, and Tim did a brave job manning the grill out in the drizzle. I don’t think this even vaguely counts as cooking, but one aspect of the staycation that I didn’t expect to enjoy as much as I did, was Tim’s parents’ Nespresso machine! It was just so easy to whip up (literally) interesting and unusual drinks. Coming back to our simple cafetiere was a bit of a let-down. We’re back into the Megagaming Season! And in September I managed to squeeze in three games.

First up was Crisis in Elysium, where I played Governor of Mars, got deposed the assassinated, and had a fantastic time. Secondly, I was invited to head up the Press Team at Dire Straits. This megagame was held at Connections UK, the country’s biggest conference for professional wargamers (as in, people who do war gaming simulations for the military!). It was a fun return to Press, and a very interesting and realistic game.

Finally, a couple of weeks ago I was New Player Control for Still Not Over By Christmas. You may notice I haven’t done a blog for this… that’s because I have a slightly different format in mind 😀 And September marked the deadline for Megagame Pitches for the Pennines 2018 calendar. I ended up submitting two of the three pitches I wrote, and you can find out more about Lorem Ipsum and Everybody Dies 3 in my blog on the topic.

Last month was totally Cold War themed, thanks to Still Not Over By Christmas. So for mine and Tim’s anniversary, I’d got him a small card game called 13 Minutes. We had a playthrough, but I won so I don’t think Tim likes it much 😛

We also played Penny Press, a board game kindly sent out-of-the-blue to me by Tom Mouat. It’s all about running a newspaper in old New York. It was quite fun and interesting, but didn’t work terribly well with two players.

Tim also persuaded me to have another go playing Fire In The Lake against him. It’s a COIN game much like A Distant Plain, and really not my cup of tea, though it does get more interesting the more you play it and get used to the mechanics. We took Codenames out to Burley with us, and showed it off to a couple more friends. I think it’s still my favourite casual game.

Continuing in the Cold War theme, we rewatched Deutschland 83. You can find it on All4, and I’m super excited that they’ve announced a sequel, Deutschland 86.

I showed Tim one of my favourite musicals, Jesus Christ Superstar. We watched the 2012 version, with Tim Minchin, together, and then over the course of that weekend I watched the 1973 and 2000 versions. I honestly don’t know which I like best – they all have such good bits!

And we finished watching How I Met Your Mother! I was desperate for Tim to see the ending, since he’s such a Ted/Robin shipper. No spoilers, but he didn’t have the reaction I thought he would.

Megagaming continues to be a popular topic on the blog, and the most read post from last month was my Press at Megagames post. The highest ranked non-megagaming post was about my photo shoot with the amazing Laura Haley. I’m super proud of both the plating and the photography here.

I’ll share a secret – I really want to get to 500 Instagram followers by my birthday. So if you like my pics, please please share it with people who have similar (awesome) taste to you 😉

I squeezed in a few Facebook Live Videos at Crisis in Elysium.

So I died and I’m really pleased about that

It’s still in progress, but here’s a short clip from my upcoming video about the Still Not Over By Christmas megagame.

Still Not Over By Christmas

I’m still working on my full length video about the Still Not Over By Christmas megagame! Since I didn’t do any Facebook Lives on the day (I didn’t want to be executed as a Western/Eastern spy!) I figured I’d share the to-camera footage I did take on the day.

I’ve been dreadful at reading blogs this month! But luckily I did come across a few gems.

This incredibly gravity-defying ice cream waffle stack by Queen Beady makes me wish summer wasn’t on the way out.

This write up about Issho in Leeds by Rhianna Oliiva made me send it straight to the top of the list for would-love birthday meals.

And wowowow did this evening at Hidden Harewood sounds incredible – thanks for writing about it to Emma from Paper Planes and Caramel Waffles.

IT’S MY BIRTHDAY! I have tons of fun stuff planned for the surrounding days, and I’ve also excitedly written about my birthday wish list (although tbh I’ve added more stuff onto the list since then).

I’ve also had some exciting news happen within the past few days, which I’ll be sharing as soon as I can 🙂

Here’s to a strange, unusual, but awesome October.

The moment I saw Leeds Dock for the first time, I knew I'd found the prettiest place in Leeds City...