I’ve always loved a good murder mystery: the tension, the thrills, the twists.

Classic murder mysteries are good on their own. But those that take a step beyond them, that subvert the usual “which of these people with genuine motives will be the last one to have his/her motives examined by the investigator” – these are the stuff that will keep you engaged until the very last bow, and leave you dying to go back over the evidence with a fine-tooth comb, wondering how you could possibly have missed it.

After a weekend full of work for TC and I, it felt like our Friday night, and we met our friends Ellie and Callum for a theatrical double date. The destination? 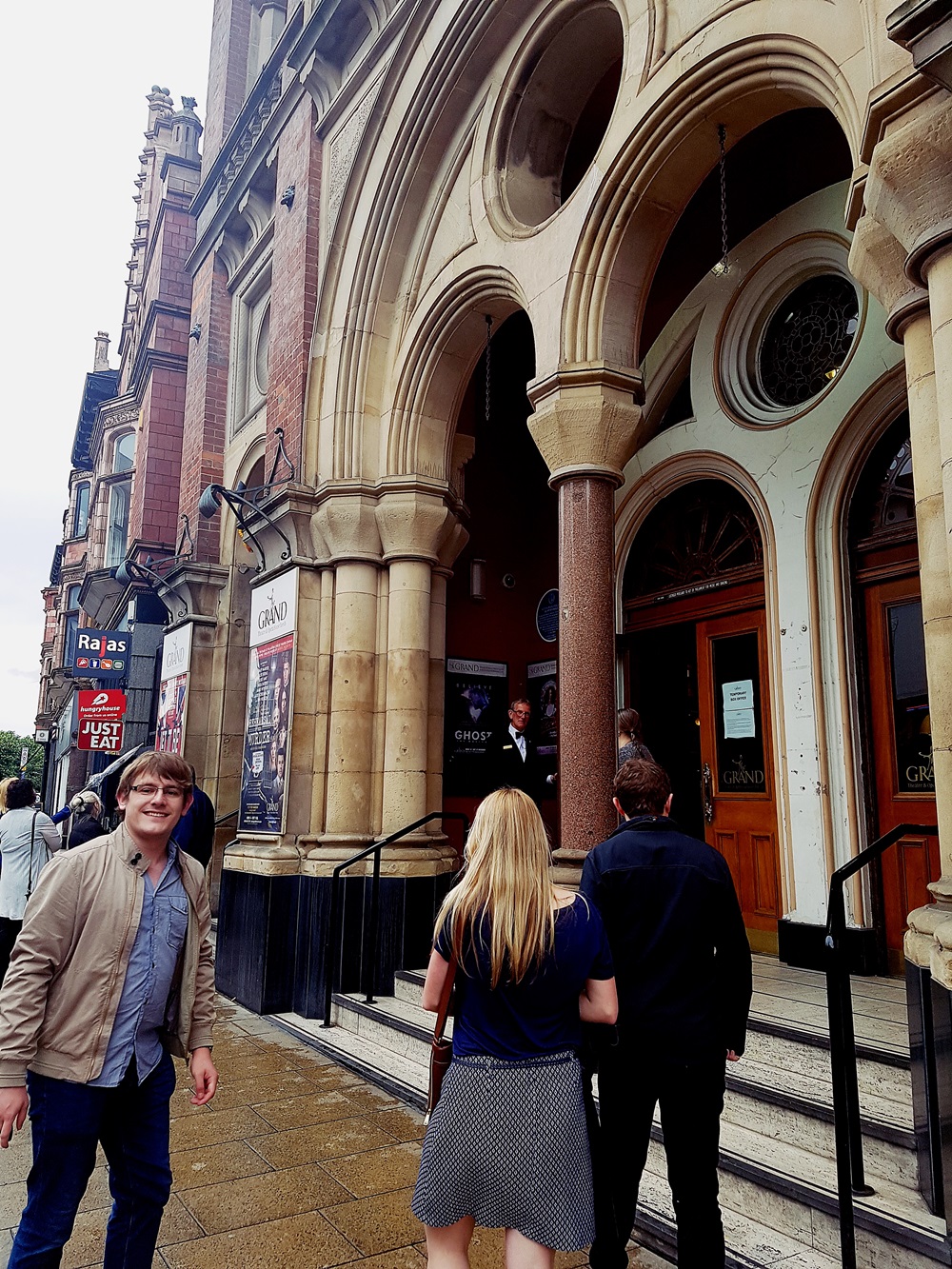 I’d not been to the Grand before, but was impressed from the start. It’s all old-school glamour, with dark wood and plush velvet. It opened in 1878 and you can feel every ounce of dramatics that have floated through its halls. I couldn’t resist taking a photo on its impressive staircase on our way up to our seats in the Upper Circle. 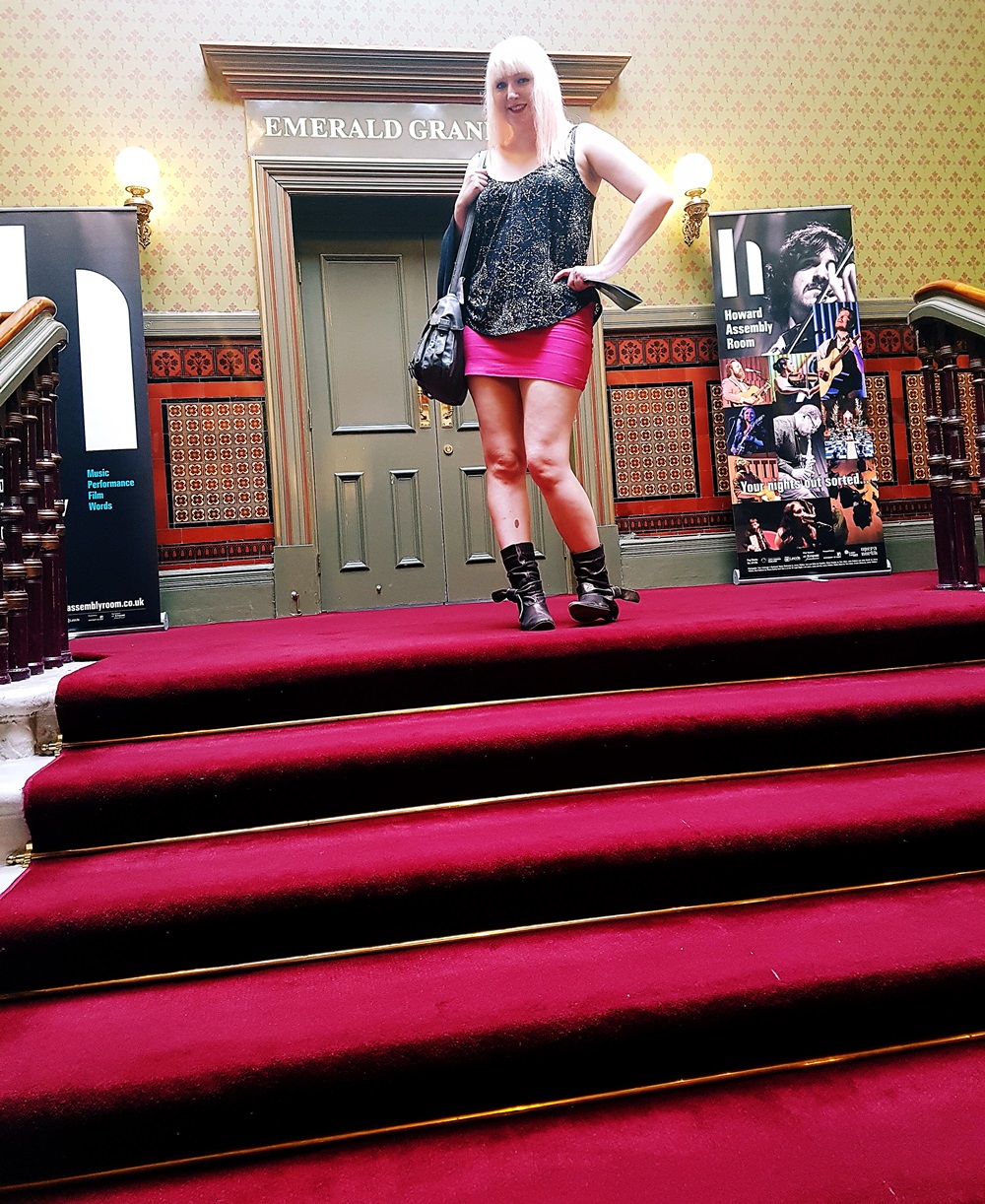 Well dressed staff were posted at every level to help indicate where to go. We were told that the bar on our level was closed due to how quiet the night was, so we headed down to the Dress Circle to get drinks. The bar was small but very atmospheric, and my wine was quite expensive – but hey, that’s theatre pricing. 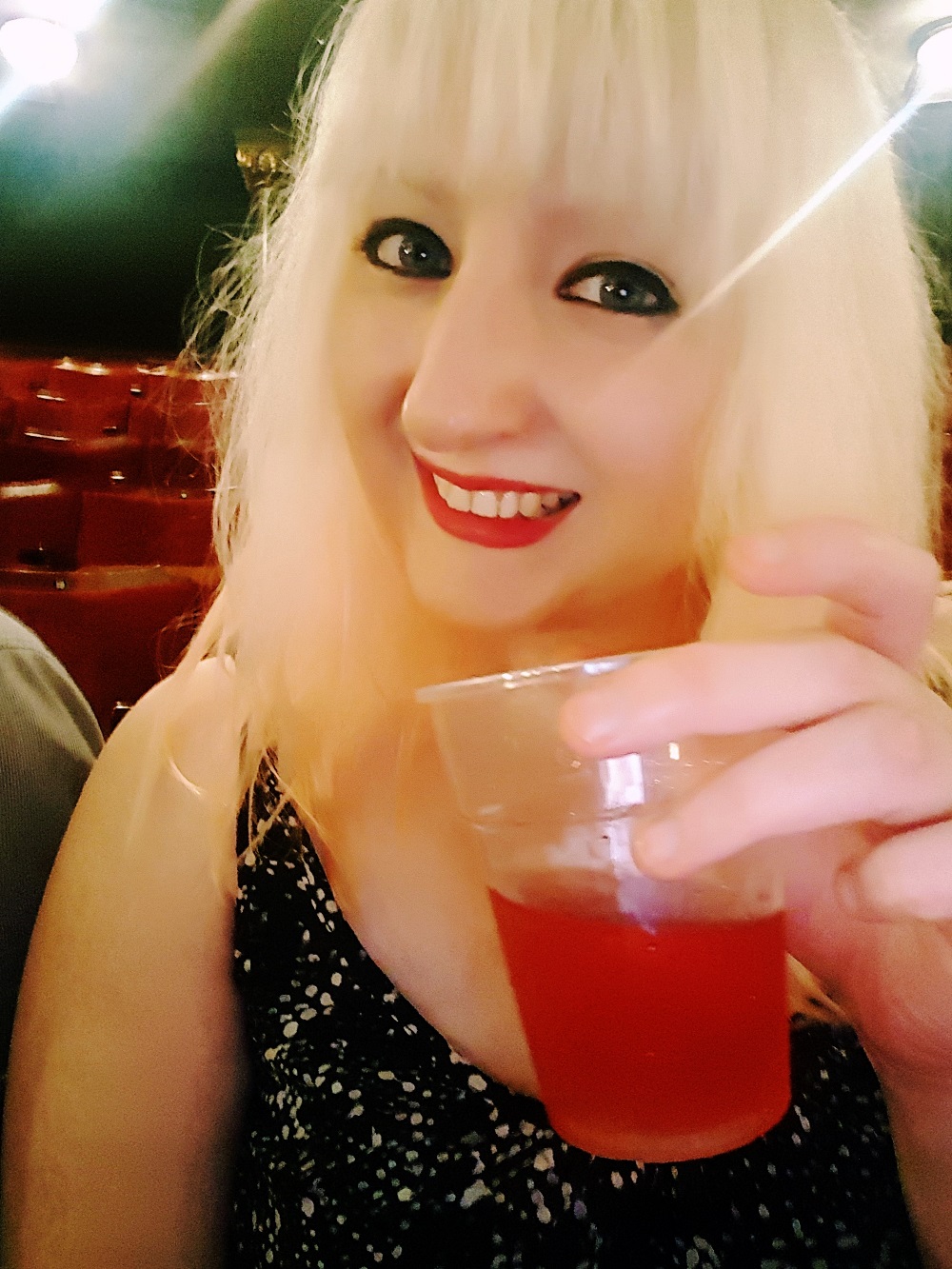 Then we made our way to our seats, just before curtain up. And what a curtain! 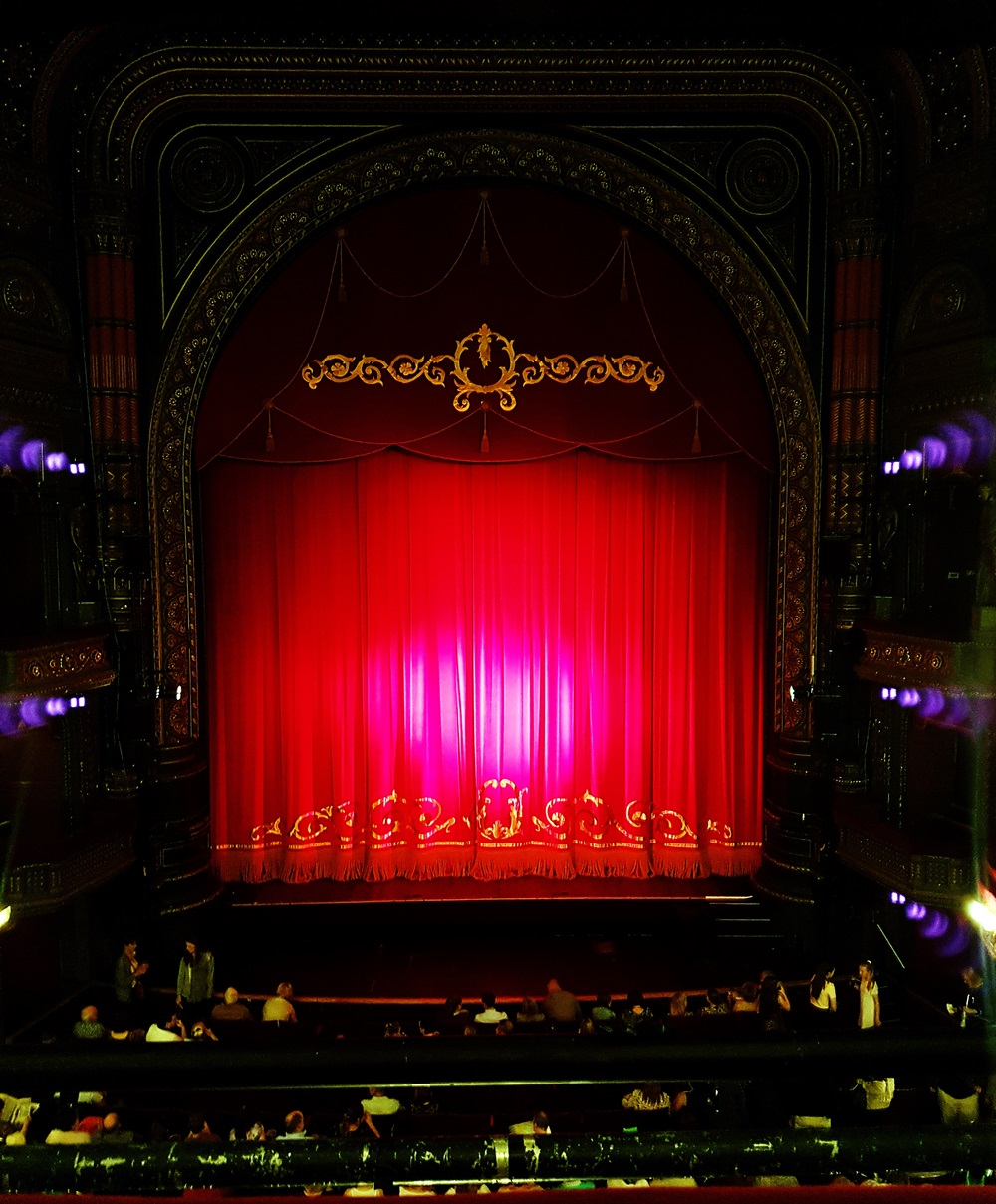 Taking in the view, I was super impressed by the antique looking carvings, and TC pointed out the dazzling chandelier suspended overhead. 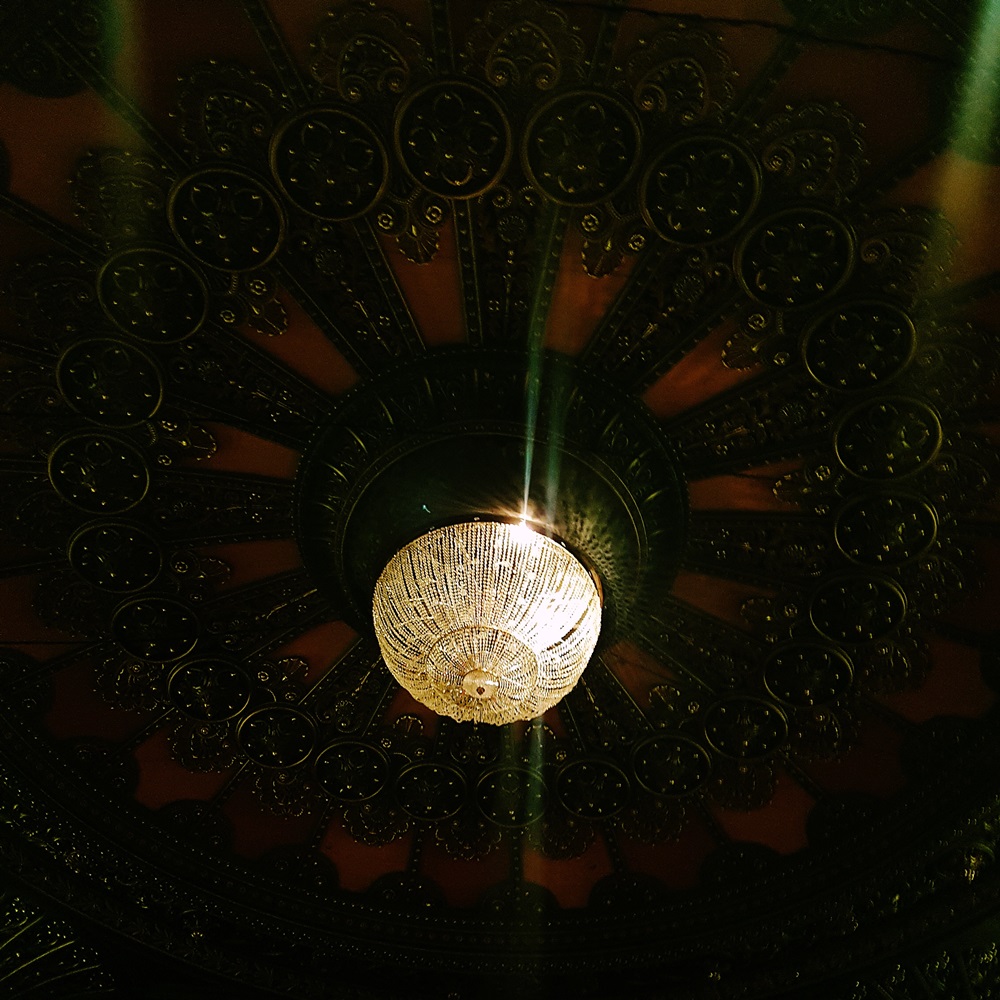 And they hadn’t been lying about how quiet it was – only about six other people were on our level, although the lower seats looked fuller. The one downside to the age of the theatre, however, was in the squeakiness of the chairs! 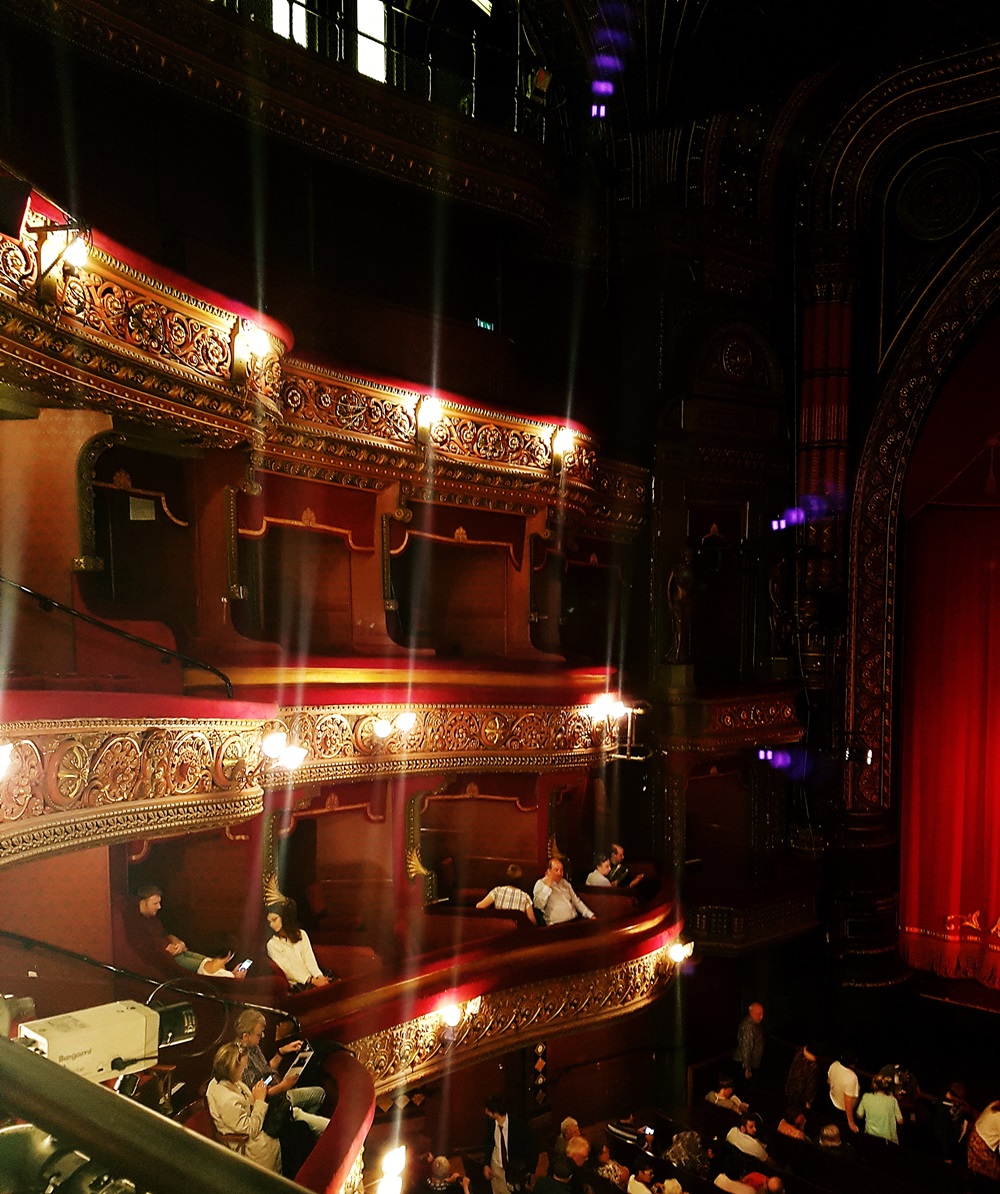 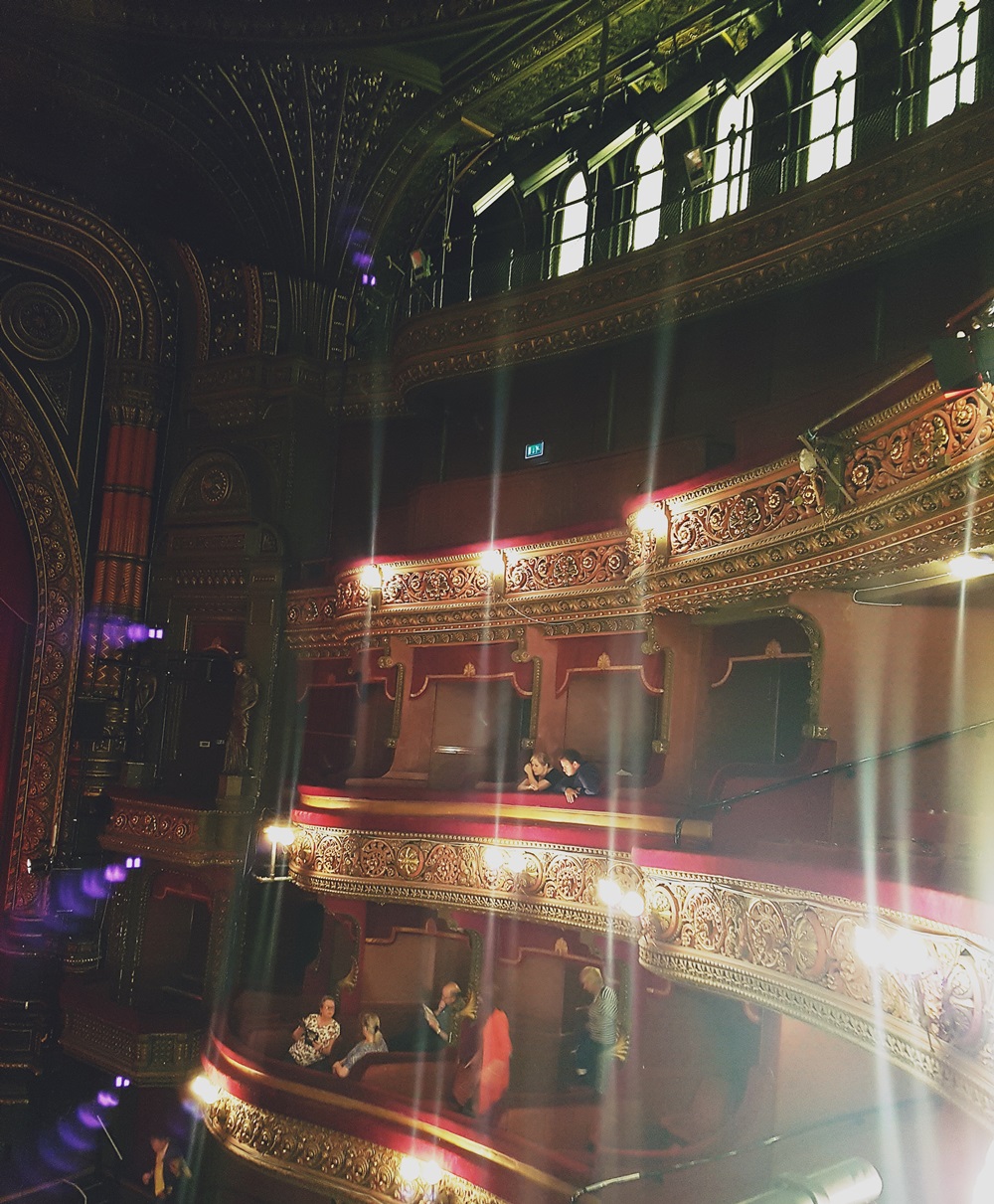 Just before the start of the play, we all said who we thought would be the villain of the piece. I said the first lady on stage, while Ellie said the second. TC said the second man, and Callum said the third. All total guesses in the dark, but we sat down to watch the production.

As mentioned, this isn’t your ordinary murder mystery. 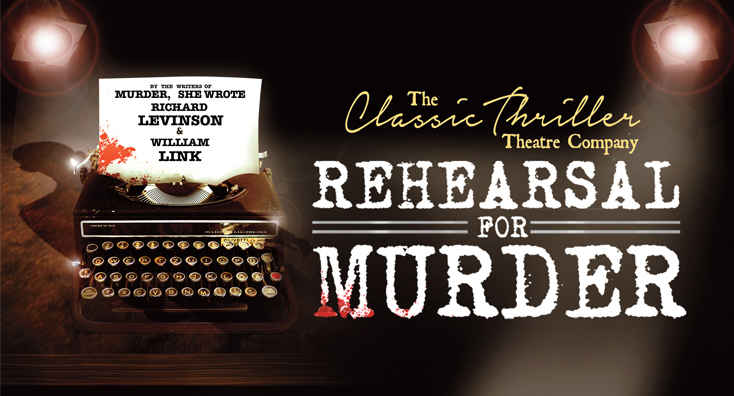 Monica, the star actress in a new West End Play, was found dead one year ago of a suspected suicide. Tonight, Alex, her fiancé and the play’s writer, has called the cast together to determine the truth. He believes Monica was murdered and, more, thinks one of the original cast did the deadly deed.

It was a play within a play. The events of a year before were told in flashback from the playwright’s point of view, and we met the charming but tempestuous Monica as well as all her would-be killers. Then the actors arrived in the modern day. A year had changed them all, but they agreed to help Alex read through his new play. As they read their parts, they realised the true intention behind Alex’s invitation – to out the murderer.

As to the end of the play? All four of us made informed guesses at the interval on who the murderer would be – all four of us were completely wrong. When this happens it is often irritating, if it’s because the play didn’t actually put enough clues in for the audience to stand a chance at guessing. But this absolutely wasn’t the case here. In hindsight, there were tons of tiny clues that had niggled in my head at the time, that added up to one inevitable answer that we just hadn’t managed to piece together.

It was a great surprise, and a great show – and I’m certainly looking forward to my next trip to the theatre in Leeds.

Rehearsal For Murder is on at the Grand until Sat 9th July, and it’s also on in various places around the country including Brighton, Glasgow, Torquay, Woking and Manchester.  Let me know who you suspected if you go see it!

In the three months I've been in Leeds (just under), I've not had much of a chance to explore Leeds'...