If you can’t make a meal from potato skins alone, I’d recommend serving it up with this marinaded pork. 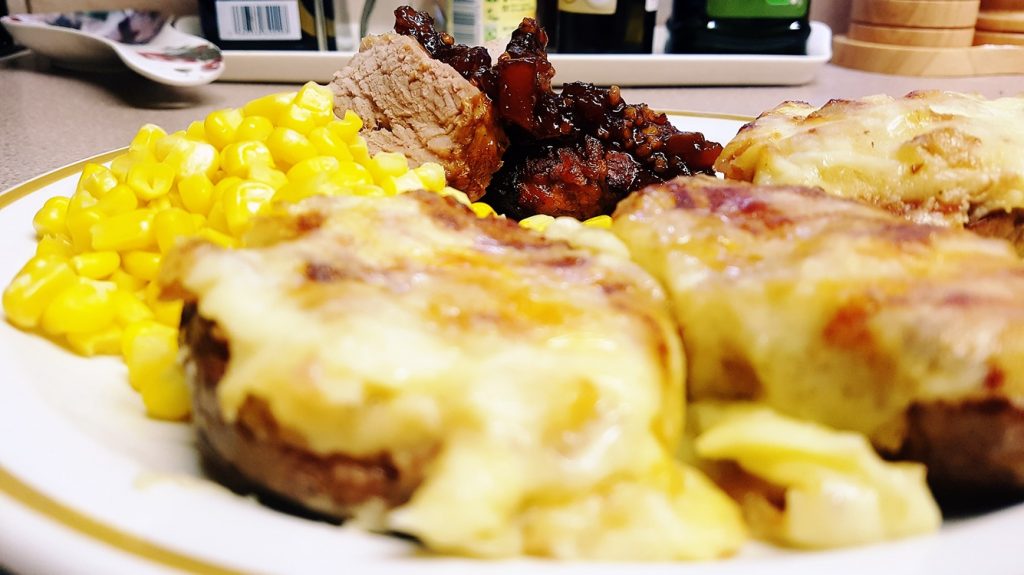 This marinade can be used with basically any meat – I’ve tried it with both salmon and chicken as well.

It’s super great in summer as you can cook the pork on the BBQ – just wrap it in foil and plop on the grill until cooked through, then unwrap and grill over the flames for some colour and flavour on the surface.

1. Mince the garlic, ginger and chilli finely – you can remove the seeds from the chilli to keep the spiciness down a bit.

2. Mix the ginger, garlic, soy sauce and orange juice in a bowl.

3. Place the pork fillet in the bowl and turn to coat with the marinade. Ensure it’s as covered with marinade as possible, then chill for at least 4 hours.

5. Remove the pork from the bowl and scrape off any excess marinade.

6. Heat some oil in a saucepan and seal the pork all over.

7. Place the pork in a roasting tin then roast in the oven for 30-40 minutes (until the juices run clear).

8. Meanwhile, transfer the leftover marinade to a saucepan and simmer on a low heat while the pork is in the oven, until it reduces to a sticky sauce. 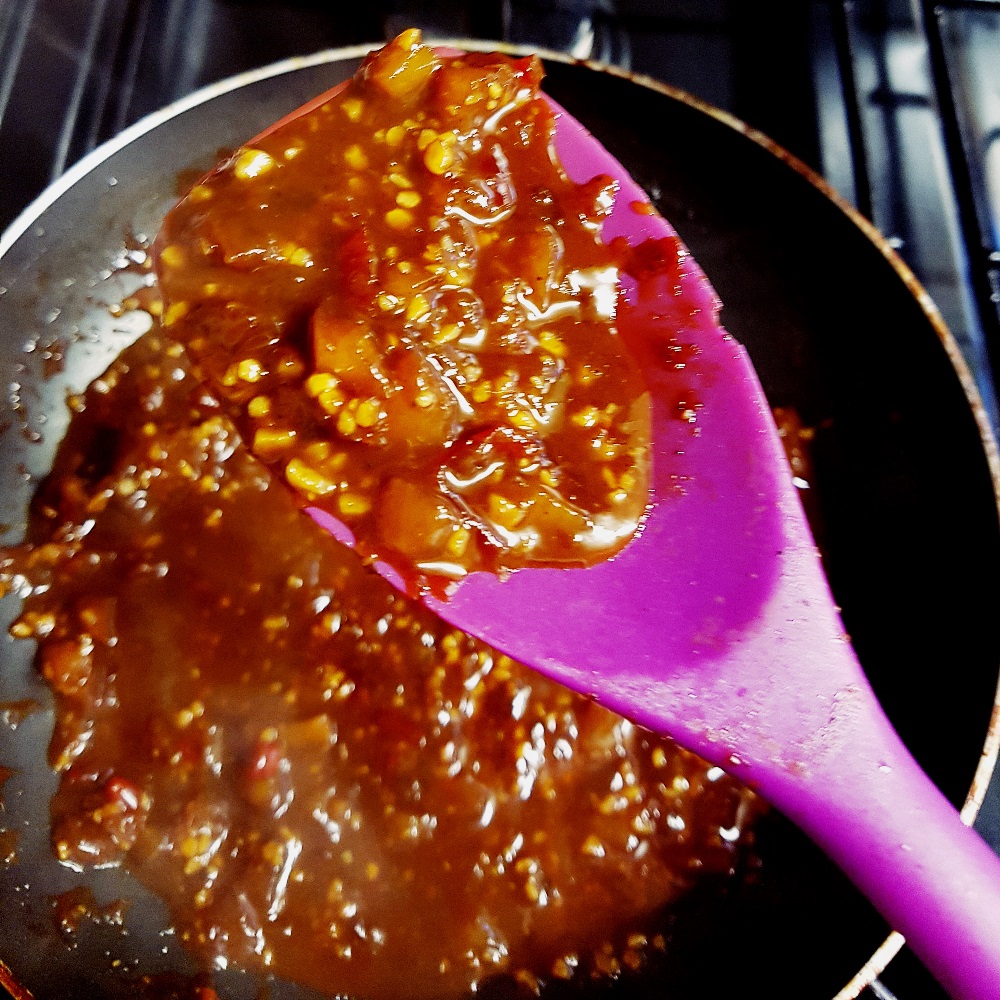 9. When the pork is cooked, carve into thick slices and serve with a healthy dollop of sauce on top. 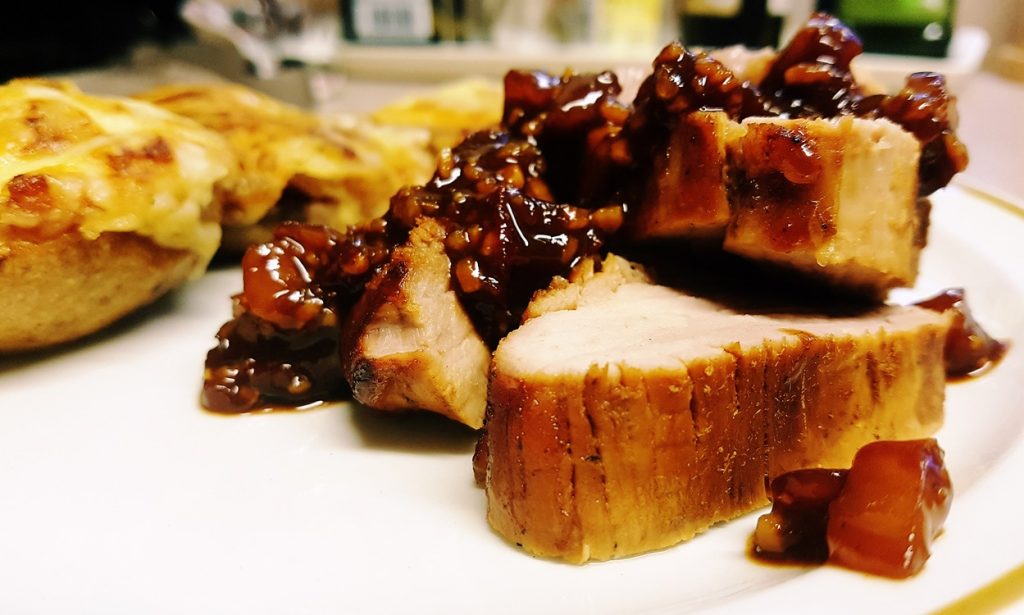 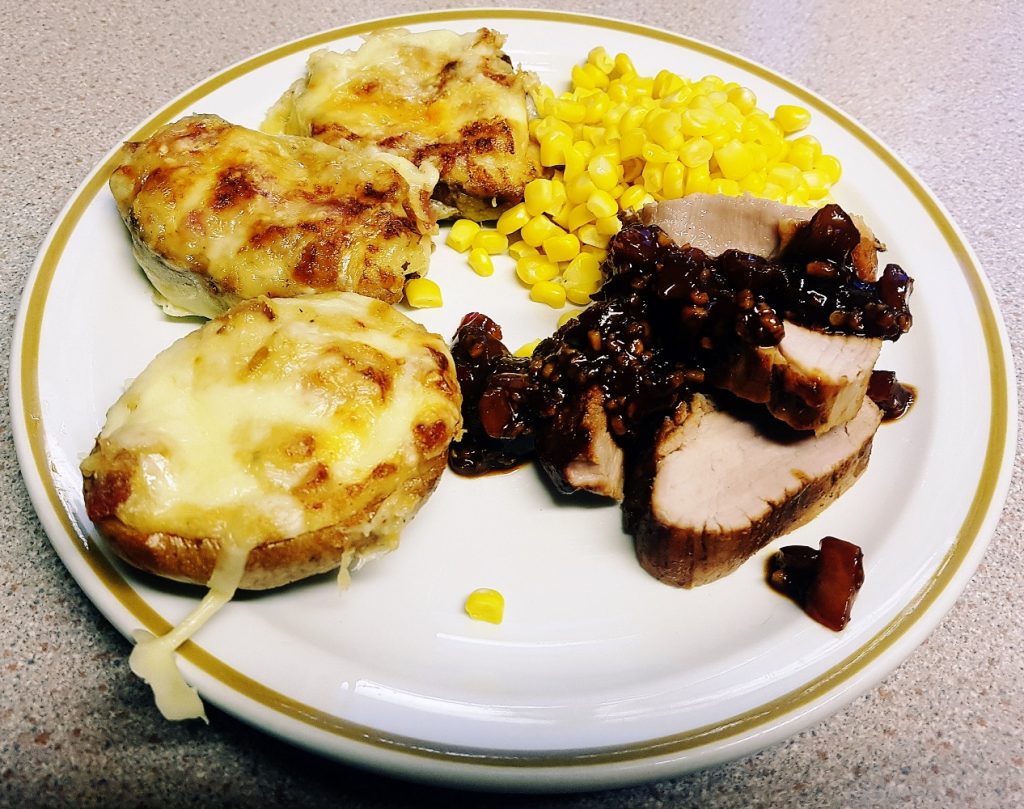 As mentioned, I served this with my potato skins and some sweetcorn, but you can pair this with anything – maybe egg fried rice or mashed potato?

What do you think? Will you try it on you BBQ?

I've always loved a good murder mystery: the tension, the thrills, the twists. Classic murder mysteries are good on their...