Okay, so I’ve kind of fallen off the food blogger wagon. I’ve been concentrating a lot on megagames, events around Leeds and my holiday to Lisbon.

But no more! I’m going to finally finish my Cooking Games series, and then go on to write up some of the other awesome meals I’ve cooked recently! Let’s get cracking with the tasty chateaubriand.

ICYMI, last December I cooked a six course meal for TC. The twist? All of the courses were themed around a game!

As you can see, in 8 months I haven’t gotten very far in writing them up! But luckily today we’re on to the exciting MAIN COURSE.

I was stuck on what to make as a main for quite a while, until I thought of TC’s favourite game probably ever – Europa Universalis, or EU4. It’s a historical grand strategy game set in the 15th-19th centuries. So I went for a classic meal that has totally be being served for centuries… or at least something that looks like it has.

Chateaubriand is basically the ultimate meat. If you have a meat lover in your life, make them this dish and they’ll be yours forever. 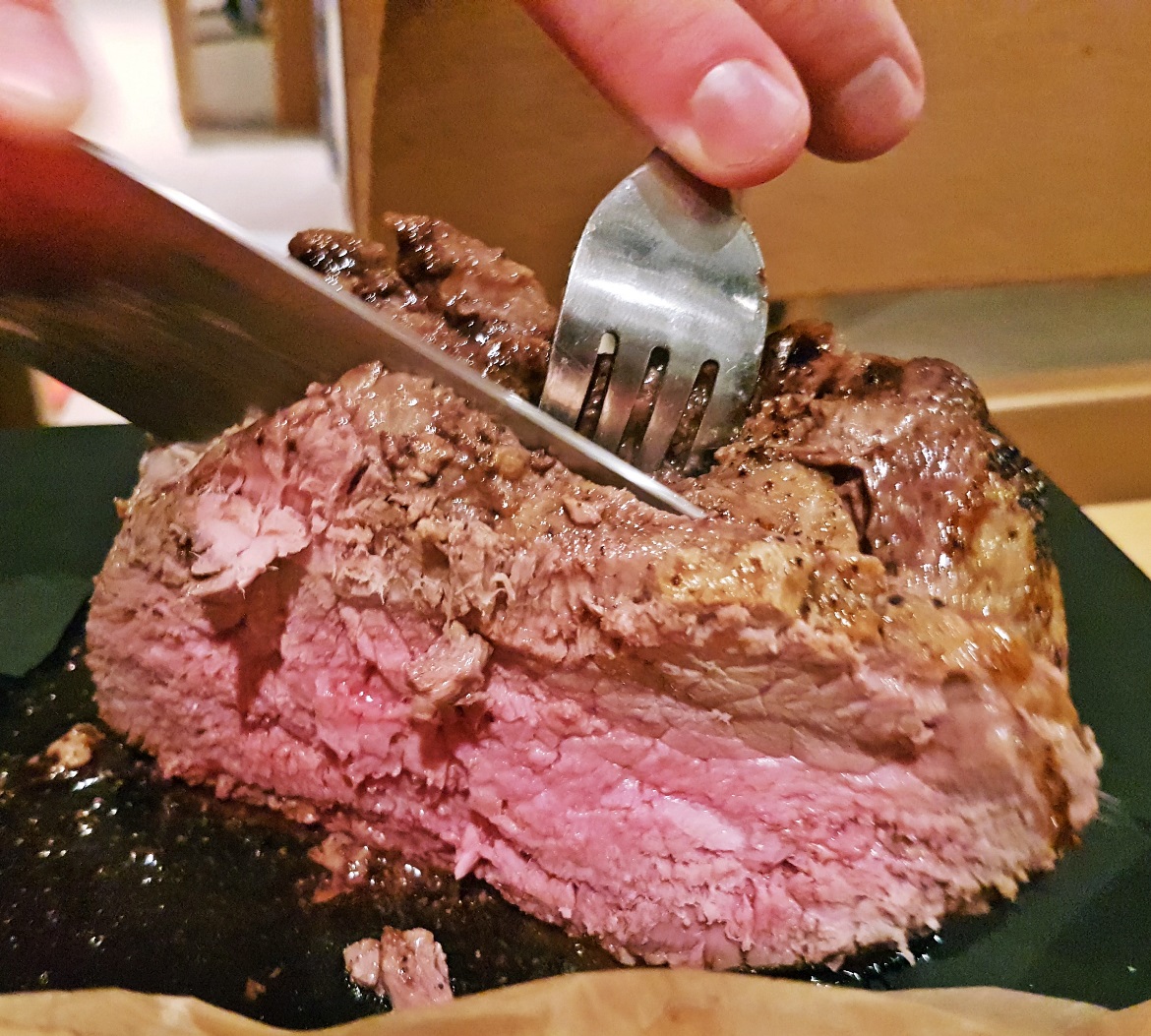 In case it’s an alien concept to you, chateaubriand is a way of cooking steak.It’s a massive cut of tenderloin (I think mine was 800g) and you have to sear it, then cook it in the oven. I got my steak from Leeds Kirkgate Market, and if you have a similarly good market or butcher on your doorstep I’d definitely advocate buying your meat there – I think you’d be hard pushed to find the right cut down your local Sainsburys.

The Chateaubriand was served with a bernaise sauce. I’ve made bernaise once before and had no bother with it. Things didn’t go as well this time… it split. I had to ask TC to come up and help, and he miraculously managed to rescue it. The tip that worked for us? Whisk another egg yolk and add it slowly to the mixture, whisking constantly. 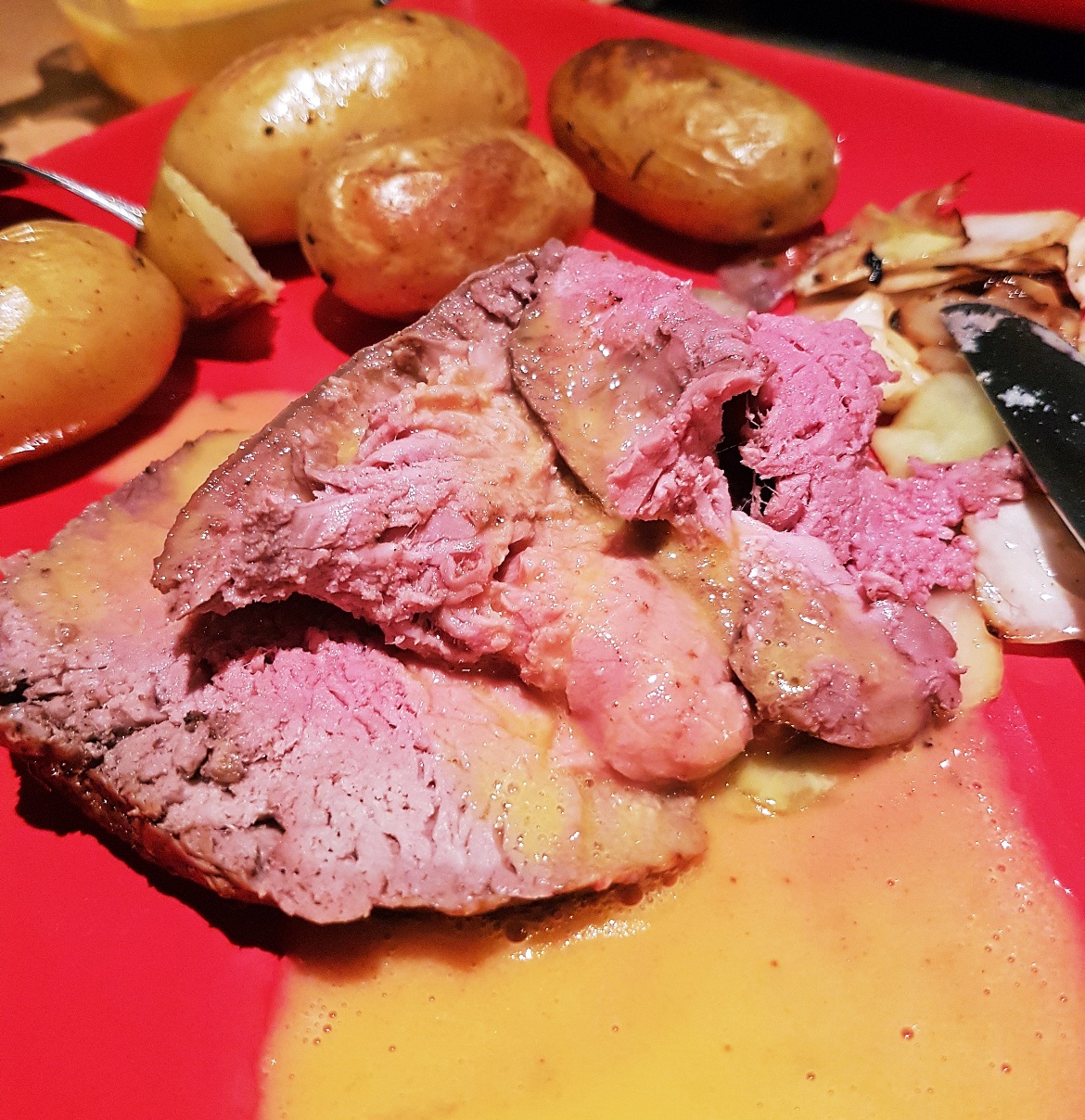 Our potato side was a super easy dish that I’ve made many times before. Parchment potatoes are exactly what they sound like – stick your spuds in a package of baking parchment, add tons of herbs, some oil, and roast. They’re perfect for big fancy meals because they take basically no time at all to prep.

And veg-wise I just fried some cabbage in butter. Pleasantly peasant… although there’s no way to make it look instagrammable. 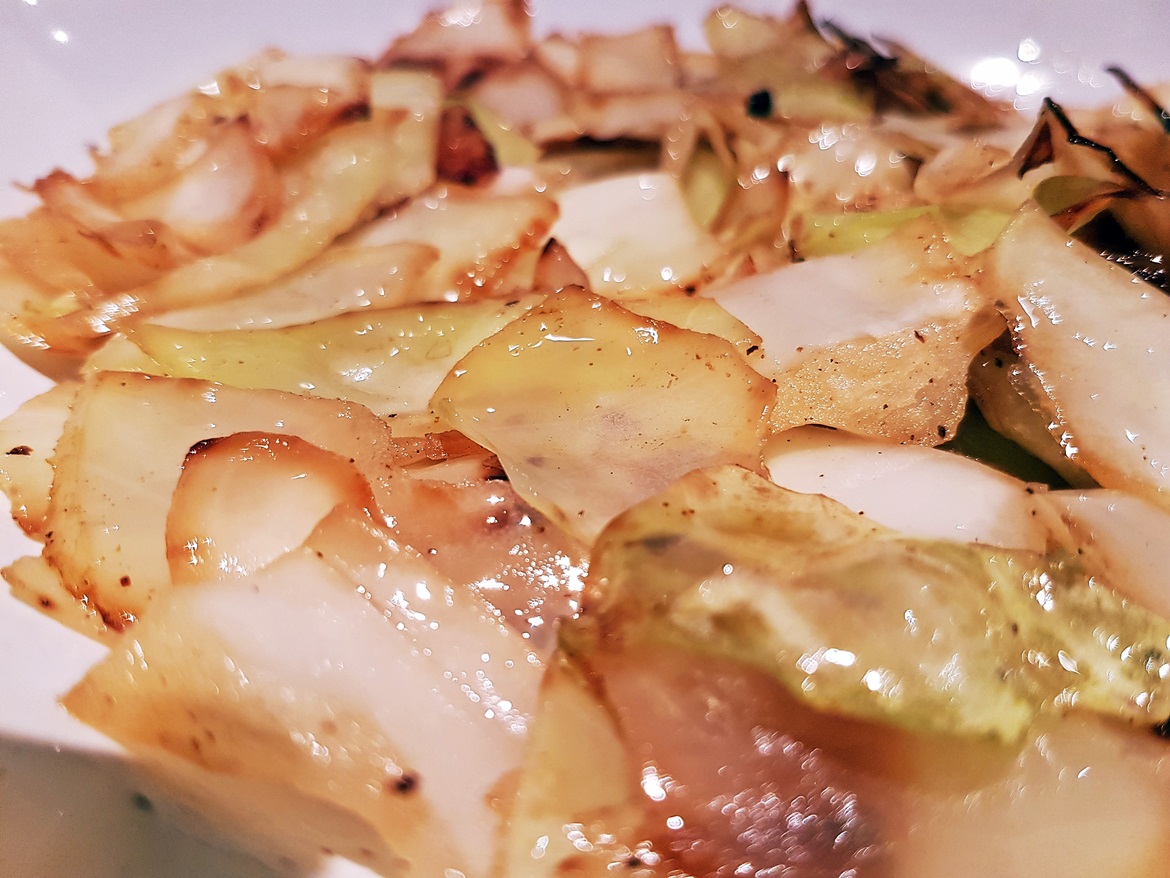 2. Let’s start with the bernaise sauce. Melt the 150g of butter over a low heat. When it’s melted and starts foaming, remove from the heat and let it cool a little. Sieve the butter to remove the white clumps (this is now called clarified butter).

3. Chop the shallots and about half the tarragon finely. Pop these in a saucepan with the vinegar and heat gently until reduced by half.

4. Sieve and set aside to cool.

5. Next, the potatoes – you can prep these the day before if you like. Cut a piece of parchment paper – it wants to fit on to a baking tray when folded in half. Crease down the middle.

6. Wash your new potatoes, then toss them in a tbsp of oil, salt and pepper. Chop your shallots into large chunks.

7. Place your potatoes on the baking parchment, add the sprigs of fresh herbs and the garlic cloves), then fold over the top of the parchment and fold over the sides to make a sealed pouch.

8. Put the parchment potatoes in the oven on a baking tray – they’ll cook for about 40 minutes.

9. Now let’s get started with your chateaubriand. Season all over with salt and pepper. 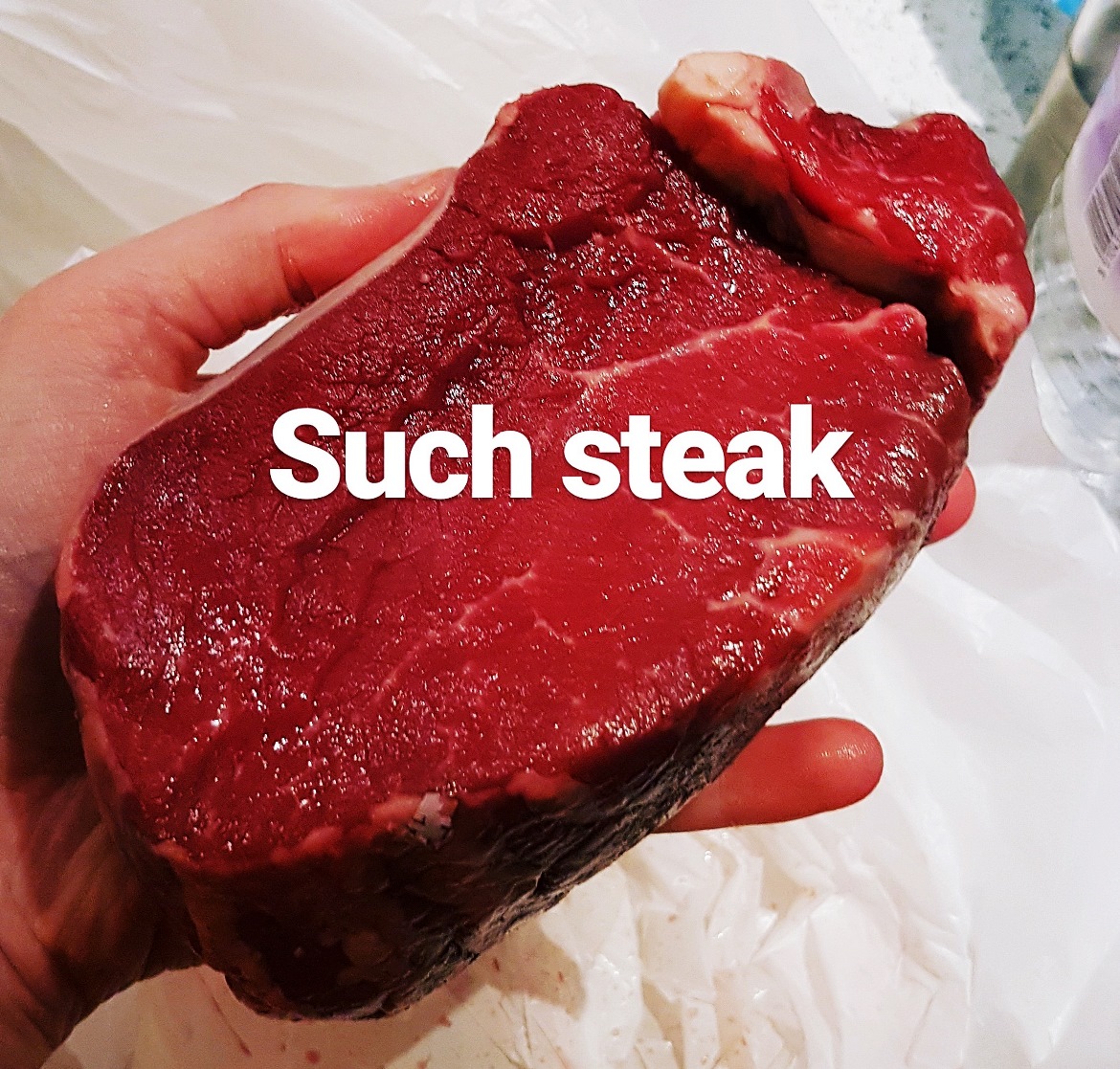 10. Heat a tbsp of oil and 40g of butter in a large frying pan. Add the beef and sear on each side until browned.

11. Transfer the beef to an ovenproof dish with the oil and butter (add a little more if it’s a little dry). Cook for 15 minutes for rare and 20 for medium (make sure you time it so you can rest it for 15 minutes after it comes out of the oven, FYI, so it wants to go in about 5-10 minutes after the potatoes).

12. Meanwhile, chop up your cabbage. Pop that in the frying pan which held the beef previously, add the extra butter, and fry, stirring occasionally.

13. Back to your bernaise sauce. Separate out the egg yolks and discard the whites (or keep the to make meringue). Beat the yolks with a splash of cold water. Stir the yolks into the cooled vinegar mixture from earlier, and add the lemon juice.

14. Now comes the tricky bit. Set up a bowl suspended over a pan of simmering water, without letting the base of the bowl touch the water. Pour in your eggy mix, and then start whisking! Whisk constantly until the sauce has thickened enough to coat the back of a spoon.

15. Now comes the OTHER tricky bit! Remove it from the heat, and slowly pour in the clarified butter from step 2, still whisking continuously.

16. Stir in the remaining whole tarragon leaves and season to taste. You can put this back over the warm water until ready to serve.

17. Remove the steak from the oven and rest for 15 minutes.

18. Finally let’s bring it all together. Get a nice serving board, place the whole steak in the middle. Pop the parchment potatoes, still in the parchment, at one end. Put a bowl containing the cabbage at the other end. Pour the bernaise sauce into a jug and serve along side. Open up the parchment at the table for dramatic effect, then cut the beef into thick slices. Enjoy! 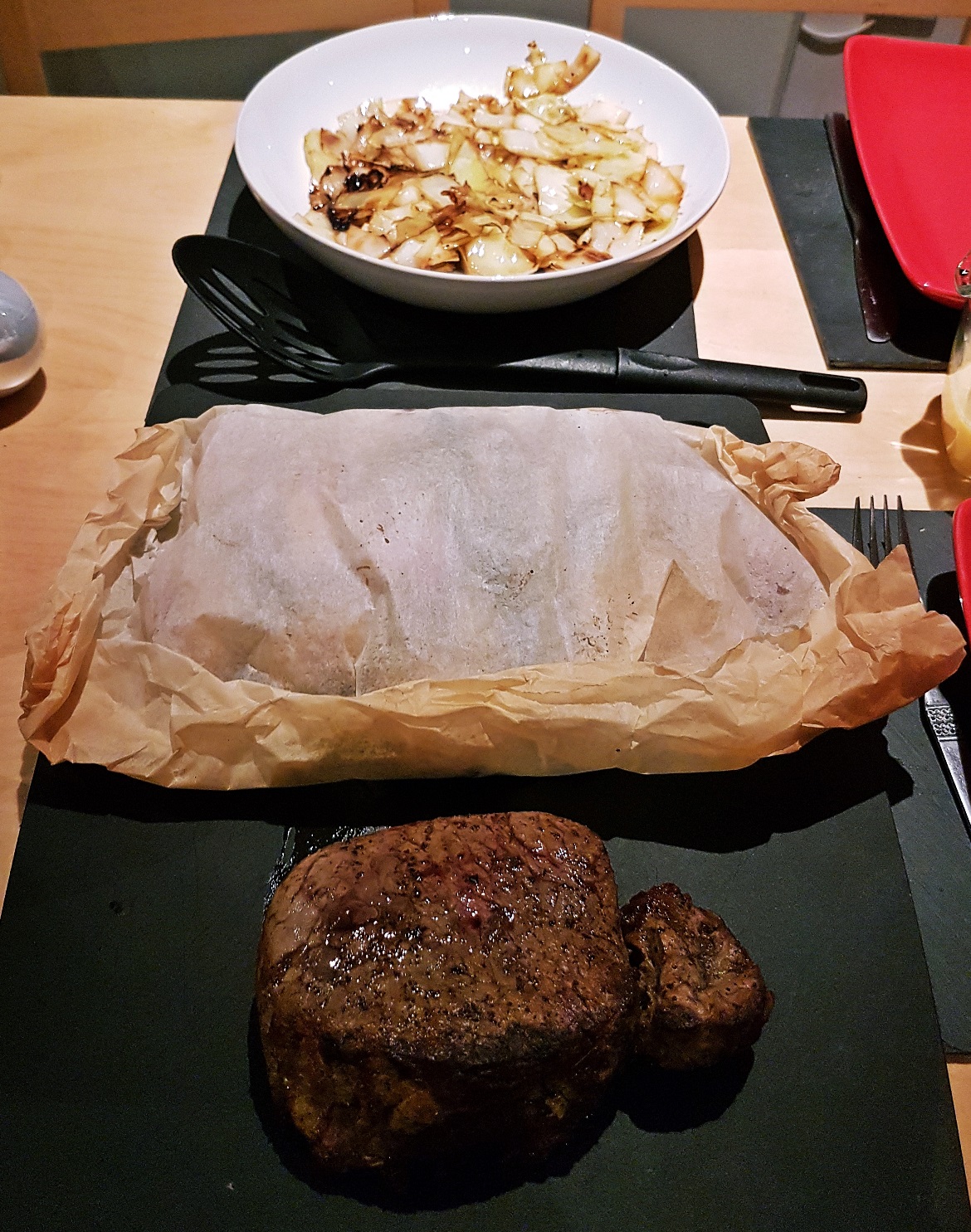 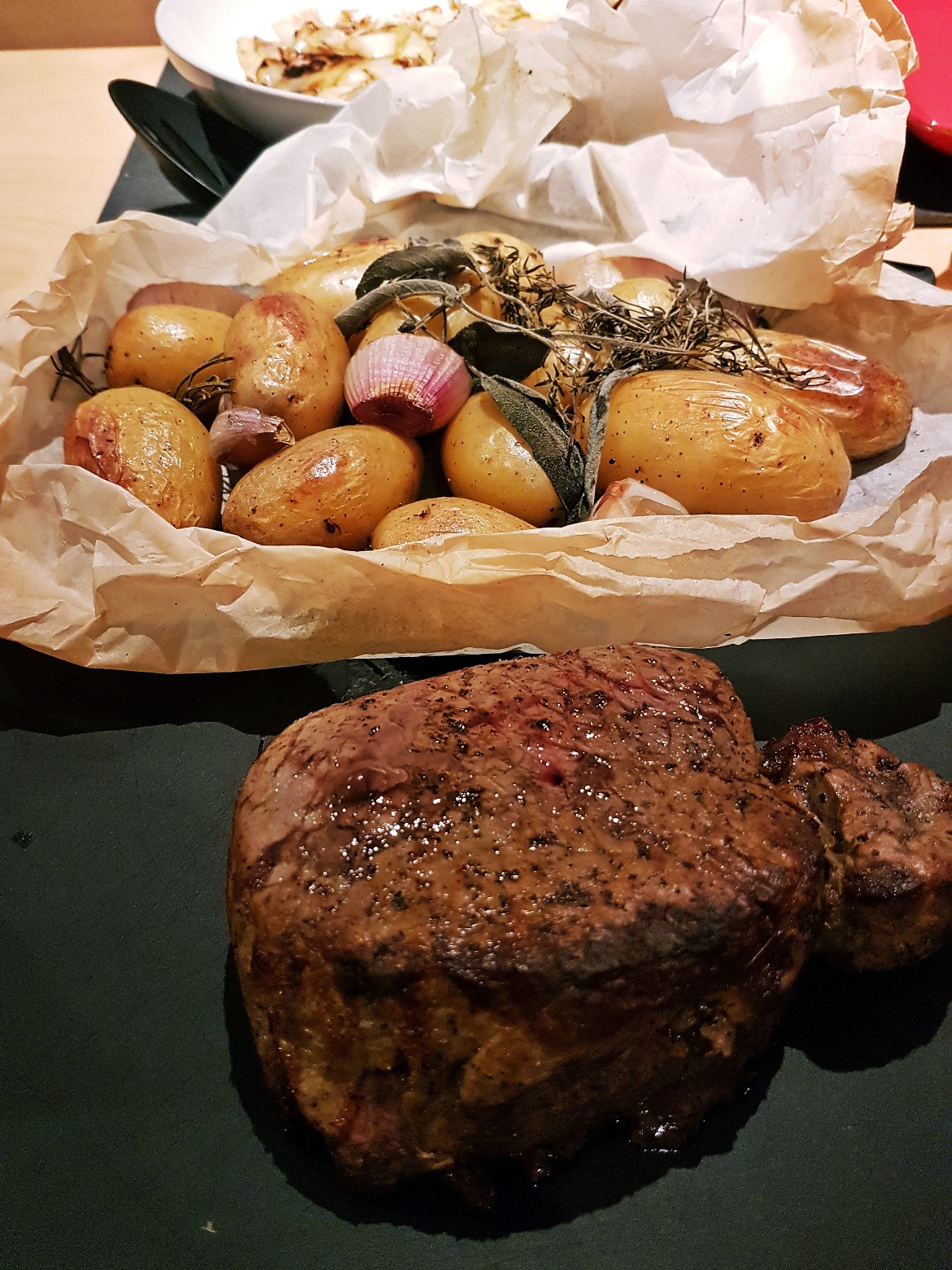 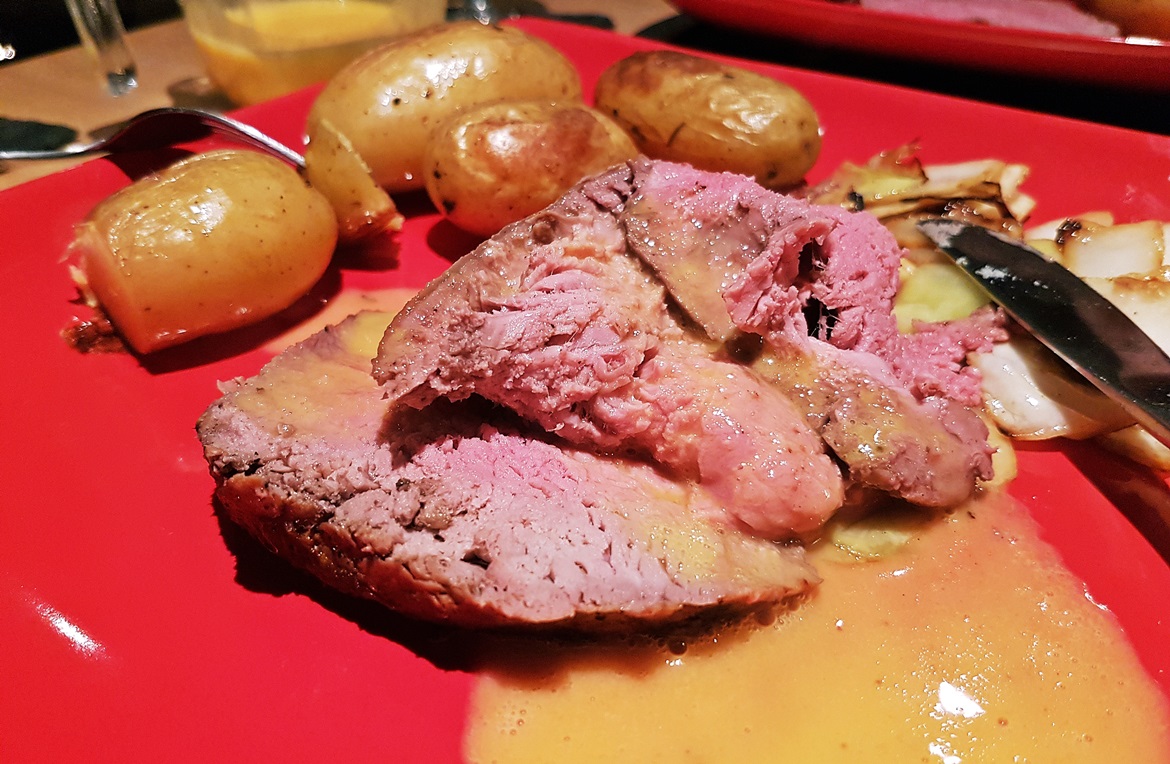 This is such a great statement dish. Let me know how you get on with it!

Have you made Chateaubriand before? Do you think it’s suitable as an EU4 dish?

Making Graphics for your Megagame

As you may remember, before Christmas I cooked TC an incredible six-course game-themed meal. I've already recapped our amuse bouche...