I think my blog has found its niche… recipes that other blogs refuse to share because they are too bad for you.

Potato skins are a very American thing, so thank god for culture merge because they are also frigging epic.

You won’t use all the bacon-onion-cheese-potato mixture, but you can turn them into patties and fry them for a tasty snack. 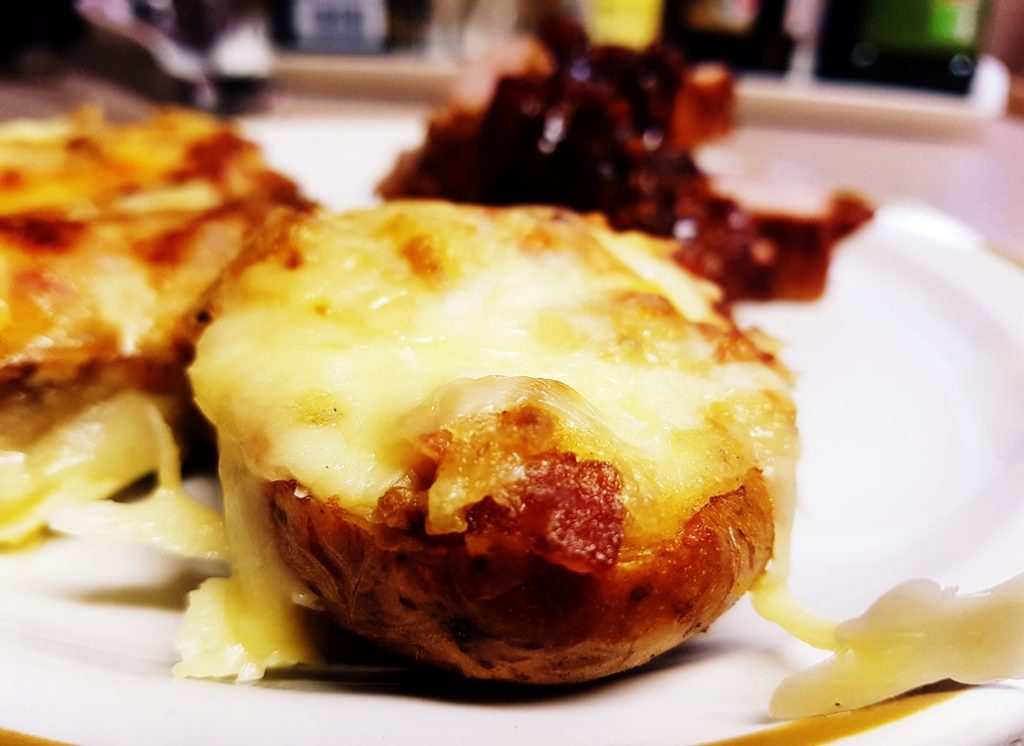 2. Wash the potatoes and prick a few times with a sharp knife.

3. Mix the olive oil, salt and pepper on a plate. Roll the potatoes in the oil/seasoning mix until deliciously coated.

4. Stick the potatoes straight onto the oven shelf and bake for ~45 minutes or until soft when you squeeze and crispy on the outside.

5. Meanwhile, chop the bacon into small pieces and fry until very crispy. Scoop into a bowl using a slotted spoon.

6. Chop the onion finely and fry until crispy in the bacon fat, then scoop into the same bowl as the bacon.

7. Graze the cheese. All of it. Cheese is amazing.

8. When the potatoes are cooked, remove from the oven. Cut each in half horizontally and scoop out the innards into a bowl, making sure you leave a small layer of potato all over the skin.

9. Place the skins on a grill tray, opening side up, and grill on medium heat for 10 minutes. 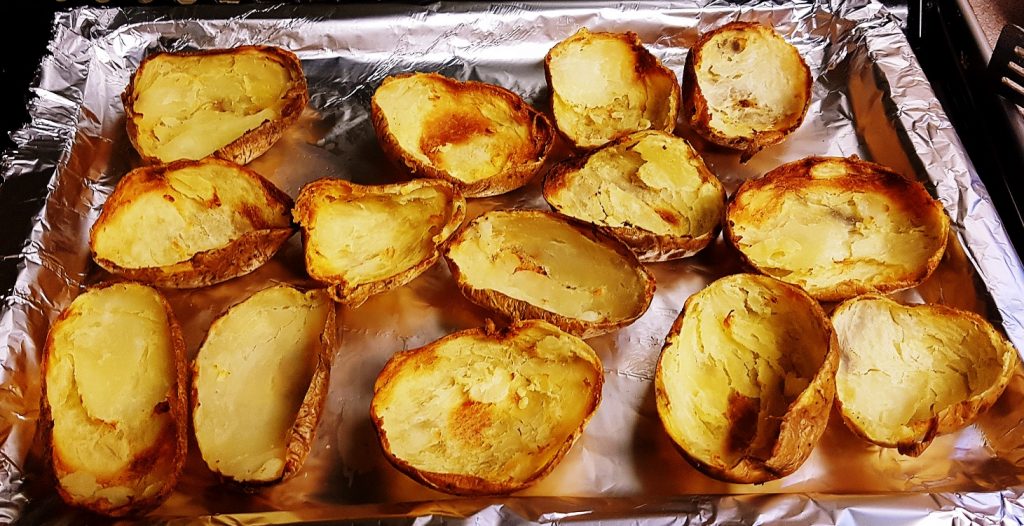 11. Stir in the bacon, onion and about three-quarters of the cheese, and add salt and pepper.

12. Get the skins out of the grill. Dollop a generous amount of the potato-awesome mixture into each one. Sprinkle the remainder of the cheese over the top and return to the grill.

13. Remove from grill. Devour before anyone realises you have them. 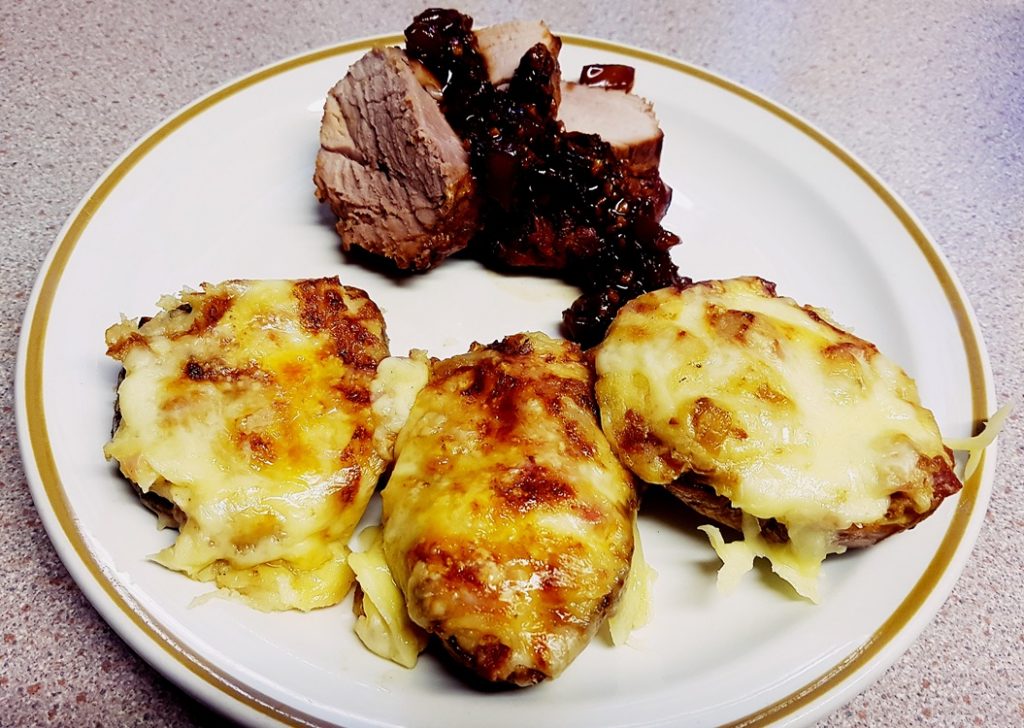 You can serve these as a party snack with sour cream and BBQ sauce, or as a side to a meal – I served them with some awesome marinaded pork that I’ll share the recipe for soon. 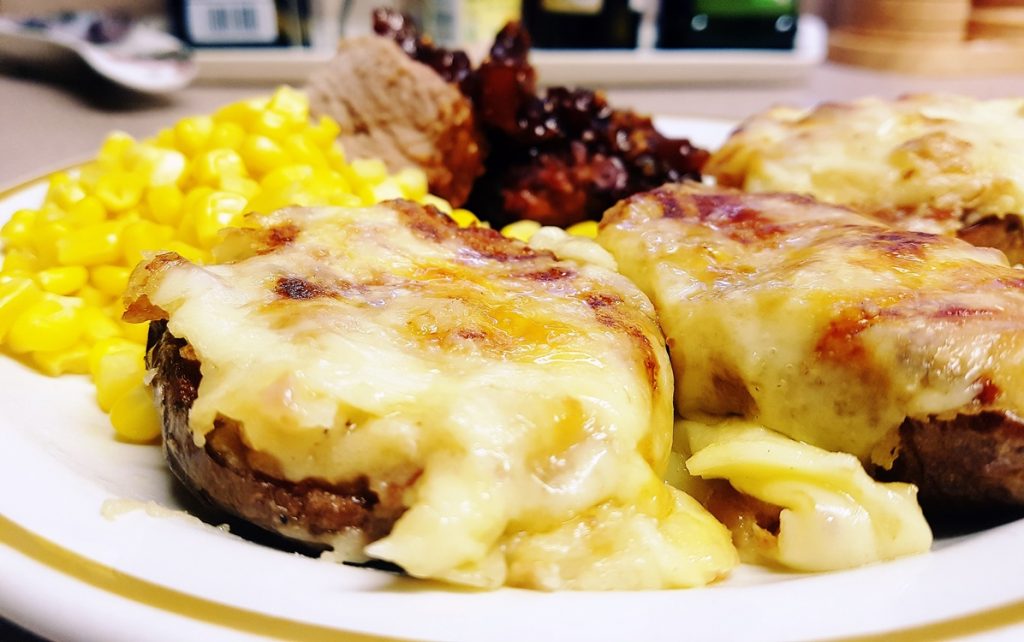 If you make them, comment below and let me know how many you actually let other people eat.

Last week's date night saw me perusing the Tastecard app. I signed up for a Tastecard about 5 years ago,...