I’d been planning on doing my usual ridiculously cheesy salmon pasta (which I’ll share the recipe for at some point), but the sunny weather made me feel like not being super unhealthy…

Oven-baked salmon is crazy easy, and I swear I start having cravings for new potatoes from the first sunny day of the year. I realised that we had no butter after the fish was already in the oven (and new potatoes without butter almost feels like blasphemy) but I rallied and made a random cream cheese sauce instead, which might even replace butter as my go-to potato topping. The salad was just every vegetable I had lying around, and ended up being super colourful and pretty.

For the potatoes and sauce: 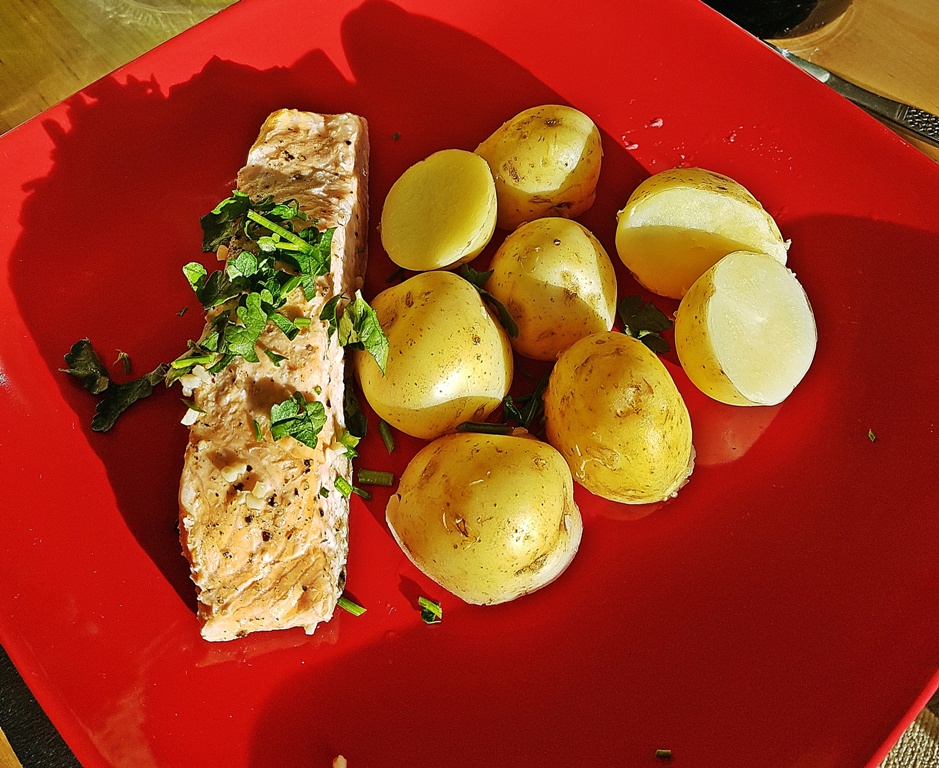 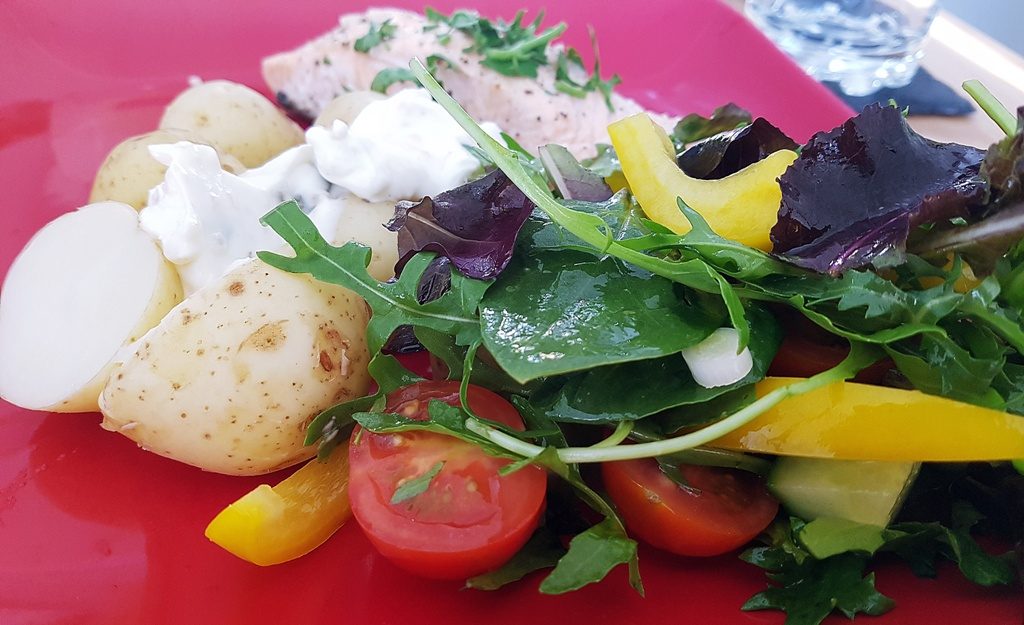 Tada! It looks awesome on Instagram and you don’t have to feel too guilty because it’s pretty healthy.

Do you love salmon as much as I do? What’s your favourite flavours to go with it?

Hello! This is my blog :D

On Saturday I took part in the first ever complete