It’s definitely not the easiest or the cheapest dish, but it’s quite good fun to make, you can put pretty much anything in it, and people are often really impressed by it because it sounds harder than it is.

If you can make risotto, you can definitely make paella – it’s a very similar dish, just without the cheese and with saffron, basically. I think you can use any risotto rice, but I often get the special spanish paella rice (calsparra rice) instead (because there’s no such thing as too much rice in the house). You only need a few threads of saffron, which is good because it’s bloody expensive – it comes in the same size pot as most herbs and spices, but it’s half the price and mostly empty. TC was nearly apoplectic when he realised that it was £720 per 100g!

Because you can put whatever in it you like, I often make it when I have a single chicken breast left over – not enough for a full meal by itself. I’ll throw some chorizo and prawns in, usually, and sometimes squid or mussels or mixed seafood. You could probably even make a beef paella if your heart so desired…

I have a proper paella pan (no such thing as too many kitchen gadgets) but you can use any wide-bottomed frying pan – as big as possible!

You can whip up some smaller tapas dishes for a starter, or just simple bread and oil if you prefer. I like to serve this with the white wine you put in the dish – well, you’ve opened the bottle so you may as well! Presenting it in the pan to the table is a great way to make an impact at a dinner party or date night.

This recipe serves 2, but you may well find you have some left over. 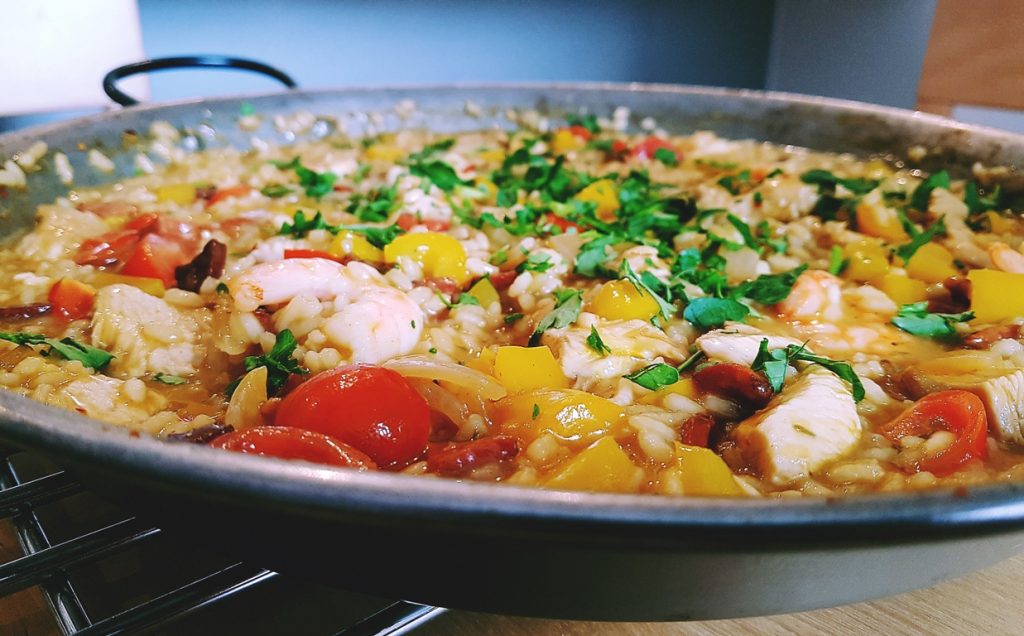 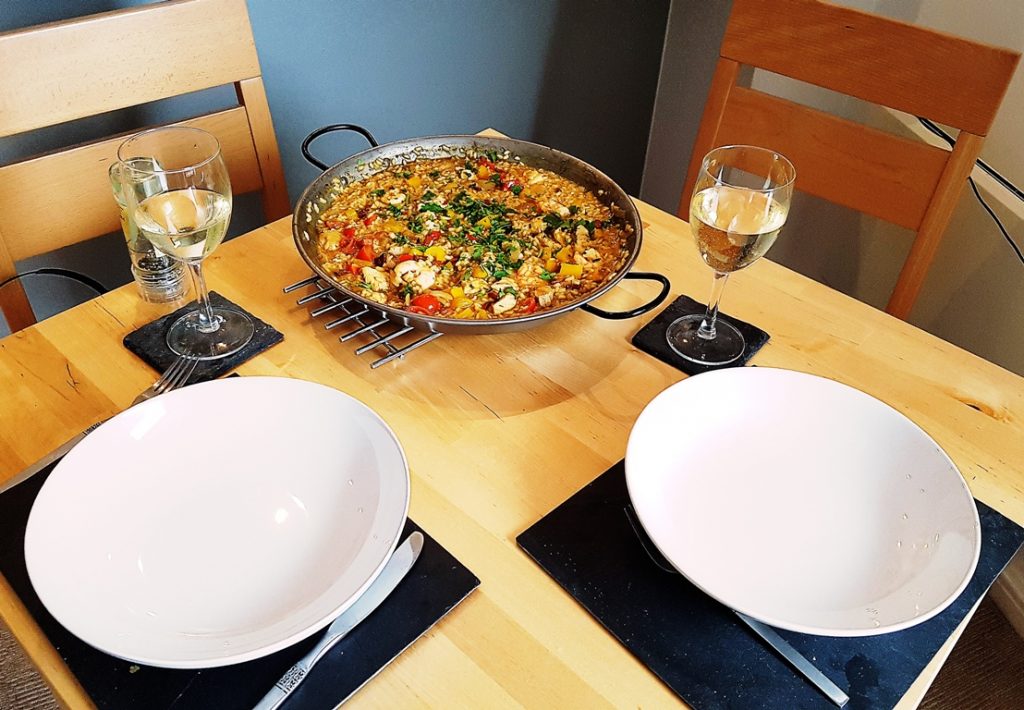 See! Not as hard as you’d have thought! Get on impressing people with your epic cooking skills!

Do you think beef paella would work?

Date Night: Close to Home at Safran and Maven

So I got back late (I'm basically always late) and had about 20 minutes to cook dinner and eat it....