Honestly, I’ve never liked G&Ts particularly. So when I accepted an invitation to Pintura’s launch of their new Gin & Tonic Plus menu, I half wondered whether it would be a wasted invite.

But I’m always game to try something new, and if there’s any time I’ll like a G&T, it’s when a load more flavours are added to the mix. Clearly “plus” is the way to go. 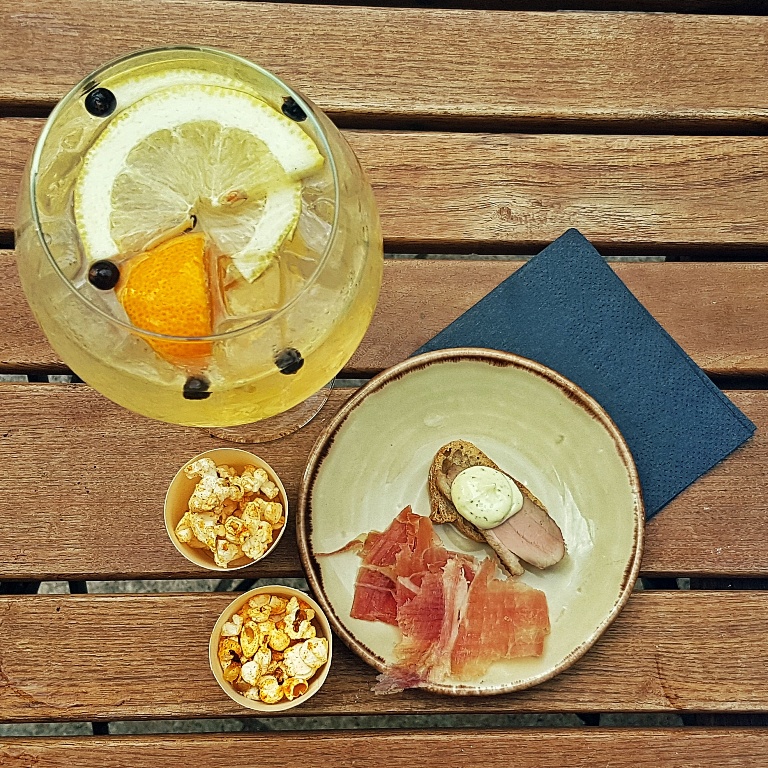 I’m a huge fan of Pintura. They serve tapas-style basque dishes known as pinxtos. As I’ve said before, small plates are perfect for someone who enjoys trying tons of different food as much as me. I’ve visited once for lunch and once for dinner, and hope to visit it to blog about the full food menu some time soon too.

But this time we were here for drinking! Our venue for the evening was the sunny Gin Garden in front of the restaurant. 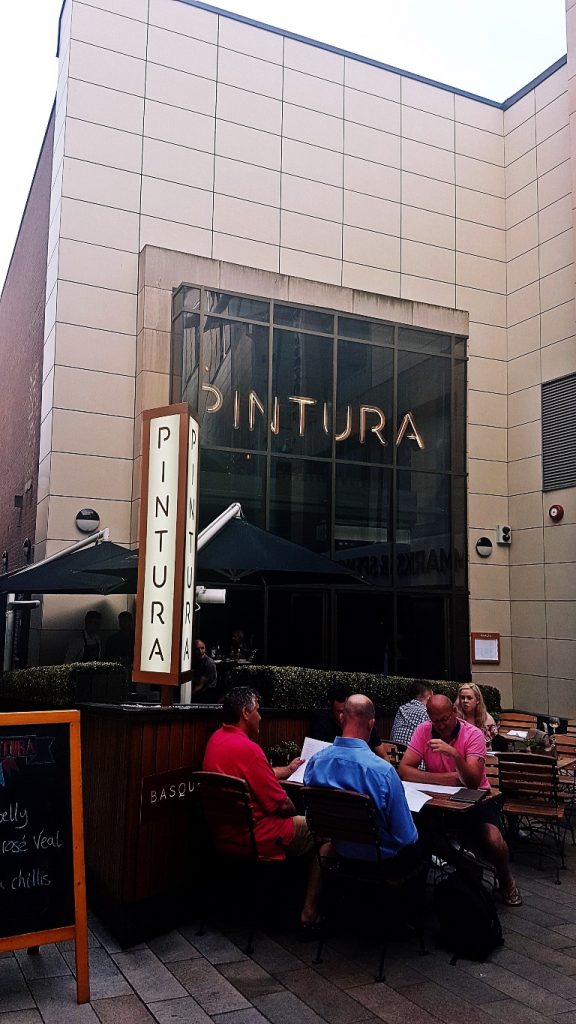 The weather was gorgeous, and even though it was significantly cooler than my recent holiday to Lisbon, it was the perfect temperature to try out some summery drinks.

Inspired by the “gin salads” of Spain, the Gin & Tonic Plus takes the original G&T and adds a whole lot more to it.

My first drink choice was the Orange-inal Copa. 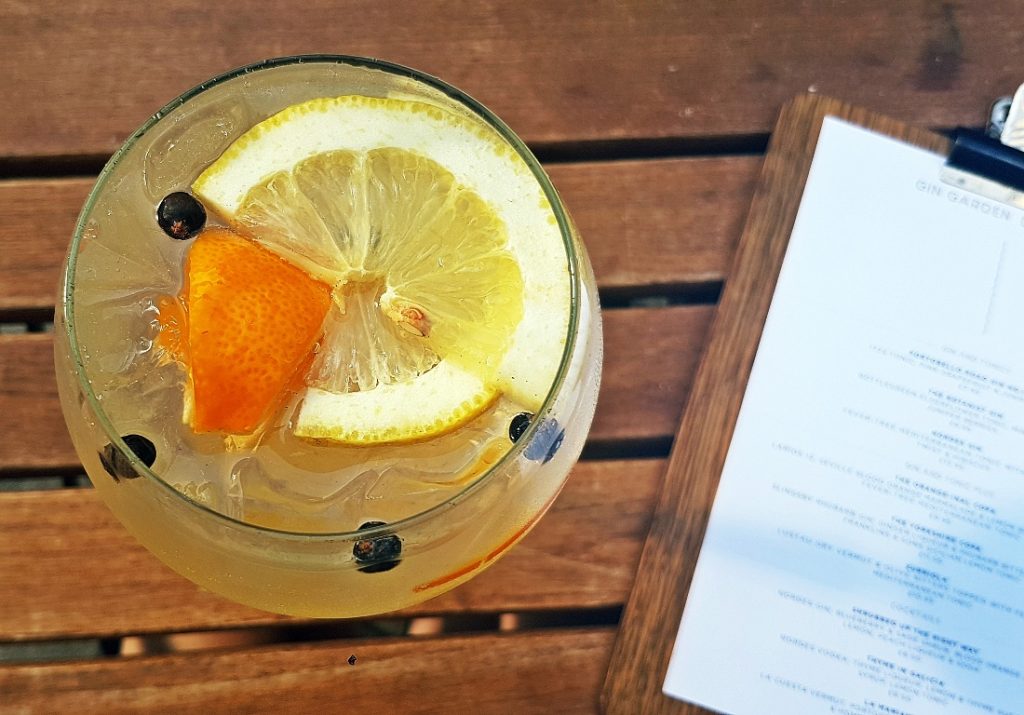 Served in a giant goblet of a glass, this combined Larios 12 gin with blood orange marmalade, lemon bitters and Fever-tree Mediterranean tonic. The citric flavours really off-set the normal bitter gin and tonic flavours meaning, for the first time in my life… I enjoyed a G&T!

My drinking companion Ellie also chose to try the Orange-inal first, but for our second drinks we were divided. She picked the savoury option: Zurriola. This was made with Rives Special Gin, Lacuesta dry vermouth, olive bitters and Fever-tree Mediterranean tonic. For obvious reasons, it reminded me a little of a martini. 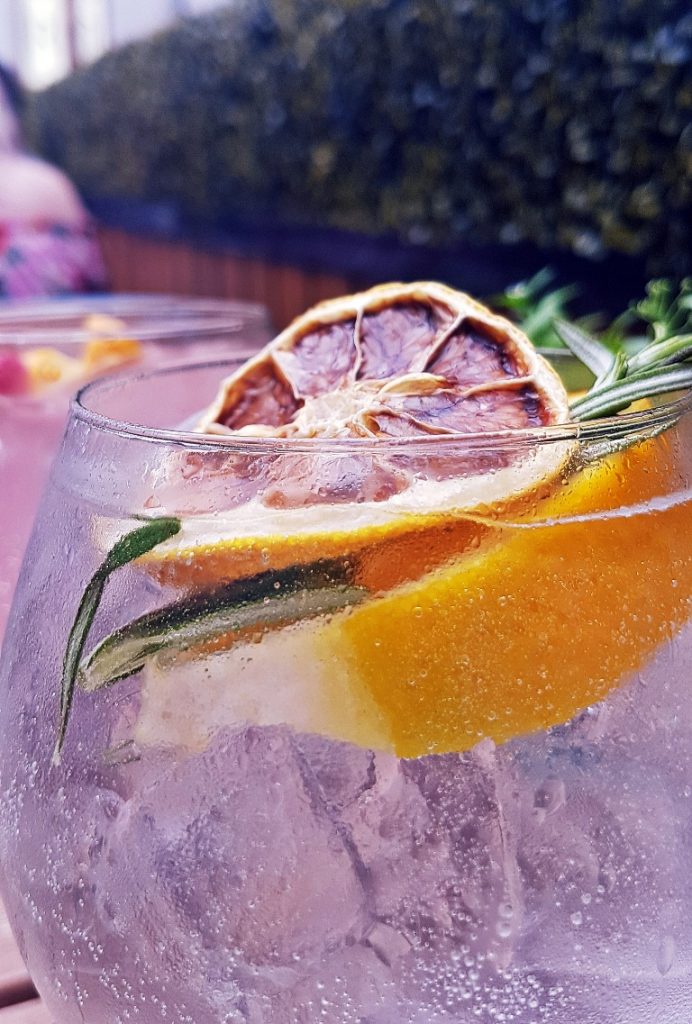 I chose a sweeter option. The Yorkshire Copa mixes Slingsby Rhubarb Gin with Franklins & Sons Sicilian Lemon Tonic, adds Rhubarb Bitters and Cartron Ginger Liqueur. I was a little hesitant because of the ginger (not a big fan) but from the first sip I was hooked. I think I’ve found my drink of the summer. 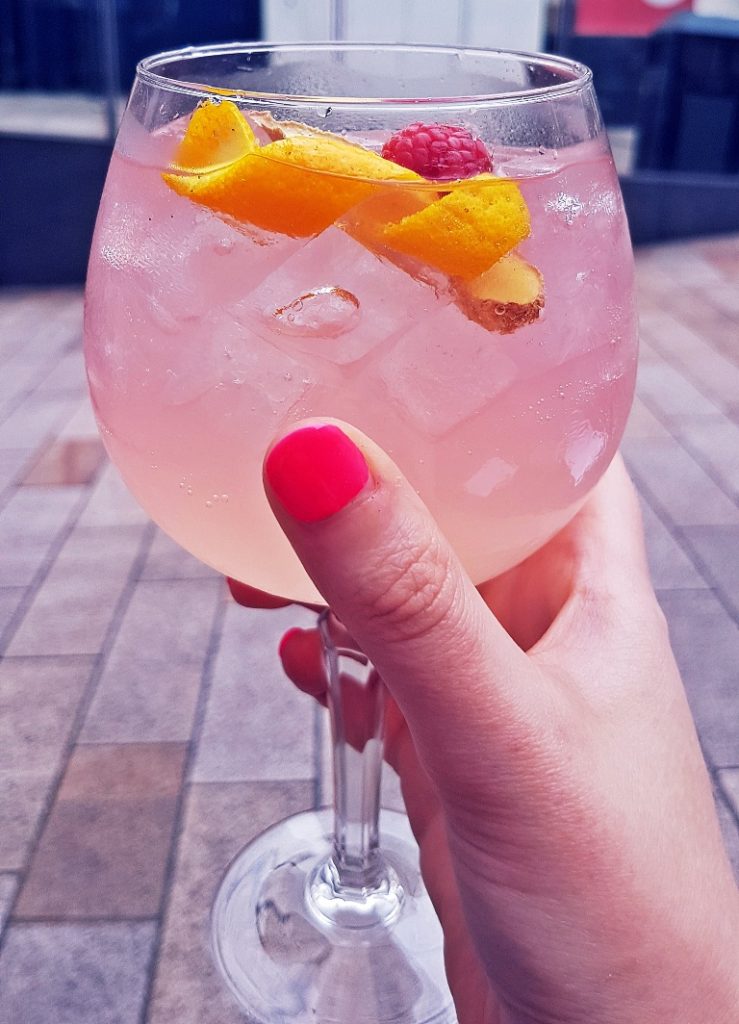 While we were drinking, we were offered a variety of nibbles and snacks. Firstly some savoury popcorn (that I gobbled up too quickly to work out what flavour they were. 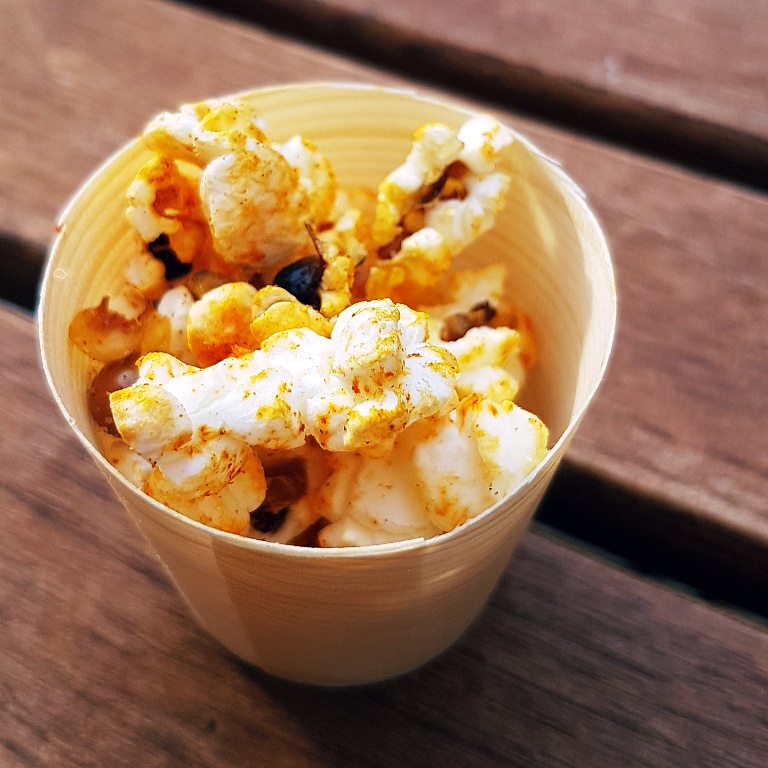 Next was the standout morsel of the evening – thinly sliced duck on crisp bread, with sage sauce dolloped on top. I was sincerely tempted to steal Ellie’s… 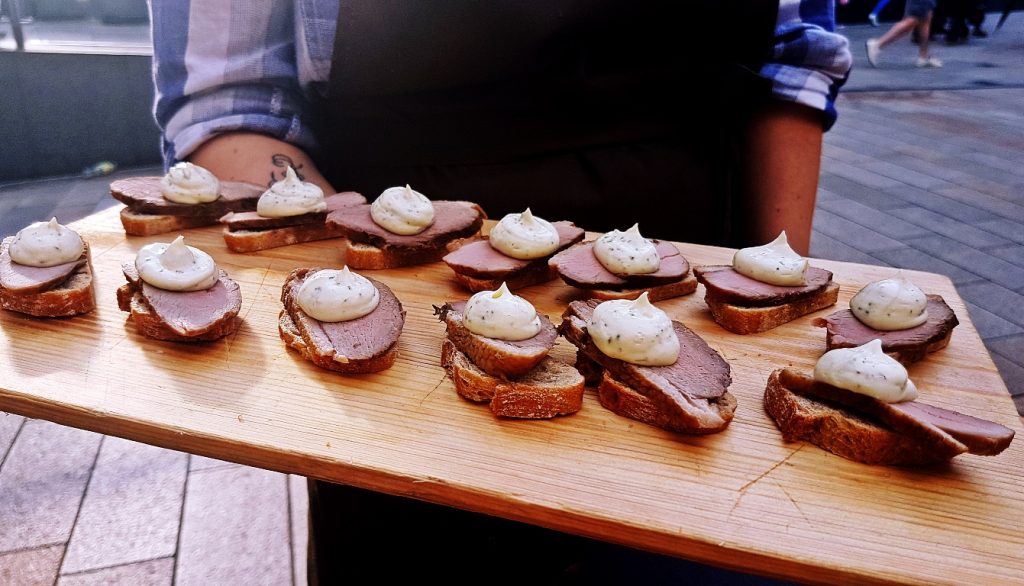 Finally we tried some thinly sliced ham, and took snaps of it being freshly sliced behind the bar. 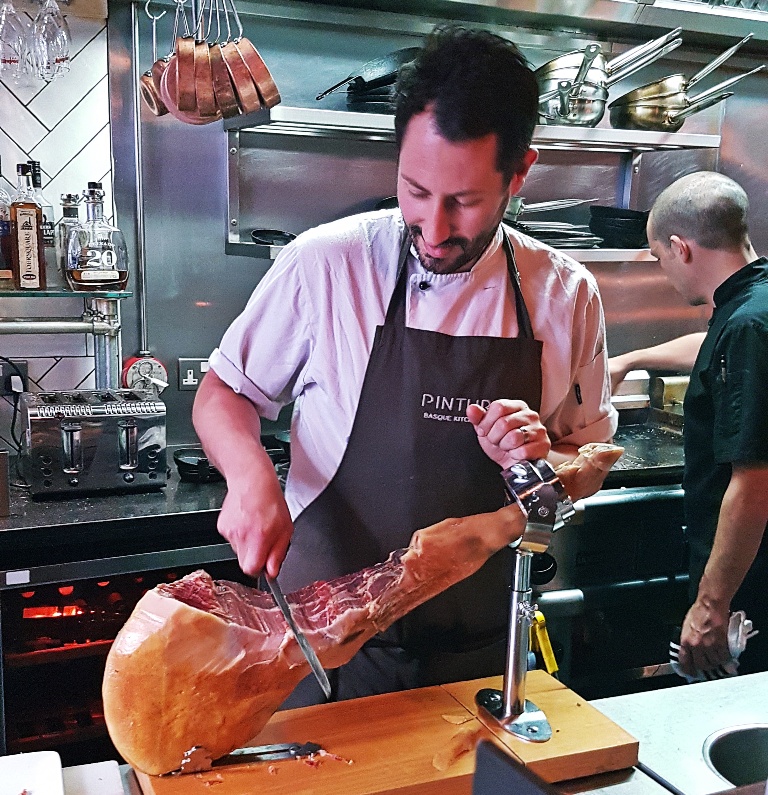 Ellie and I were still a little hungry, so we decided to order a couple more snacks. We ordered their Pan de la Casa, baguette with olive oil and vinegar (a classic!), 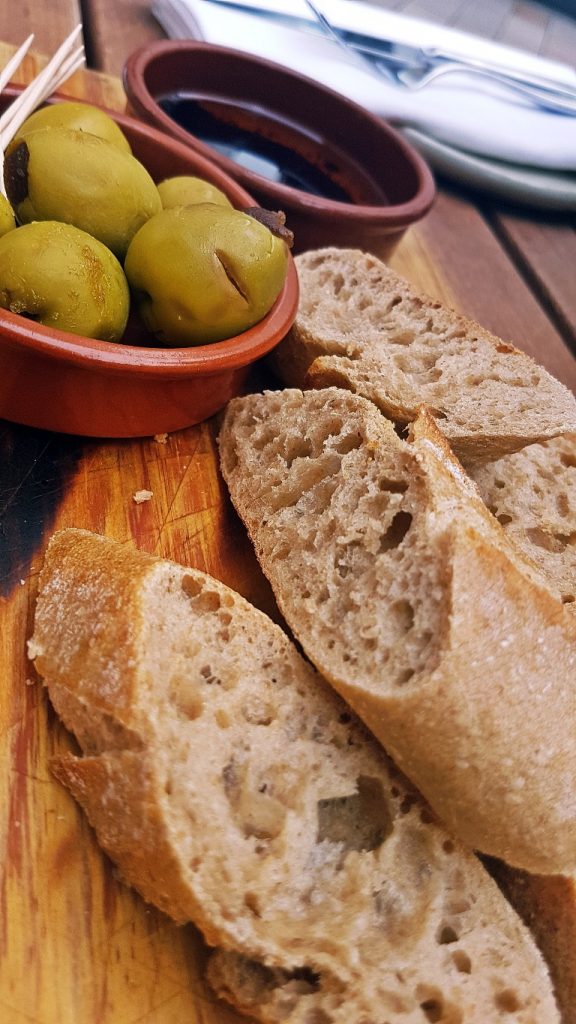 We also ordered a portion of their gordal olives. I was hesitant to try them, having fallen in love with olives on my Lisbon trip, and worrying that they wouldn’t be as nice. 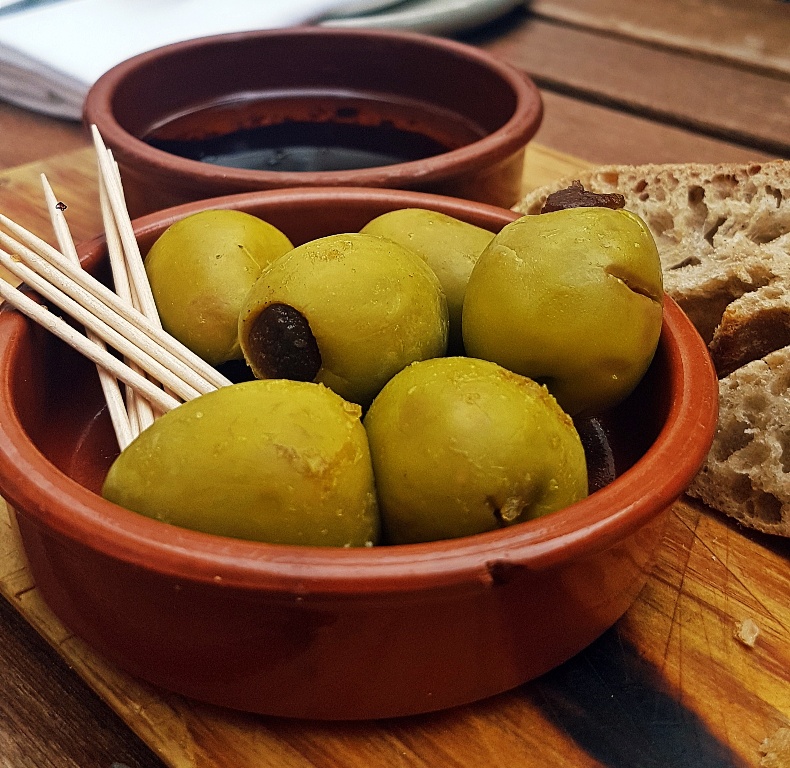 Worry not! They were delicious! We chatted a little longer over the dregs of our drinks, before heading home.

And the most important question – am I a G&T convert? Well, if the rest are anything like Pintura’s, I certainly am!

Gin & Tonic Plus are available from the summer menu at Pintura at Trinity Leeds.

Disclosure: I received my drinks, and the food except the bread and olives, free of charge as part of the G&T+ Launch event, but all opinions are my own. Here’s my full disclaimer.

Leeds Loves Cocktails hit the town earlier this month for a week jam-packed with cocktail masterclasses, parties and discount nights....