I signed up for a Tastecard about 5 years ago, and it’s one of my best annual investments – £30 for consistent amazing discounts at a range of restaurants. The best thing about a Tastecard is that it’s not just 10 or 20% off your meal – it is only ever 2-4-1 on courses, or 50% off all food. IKR. 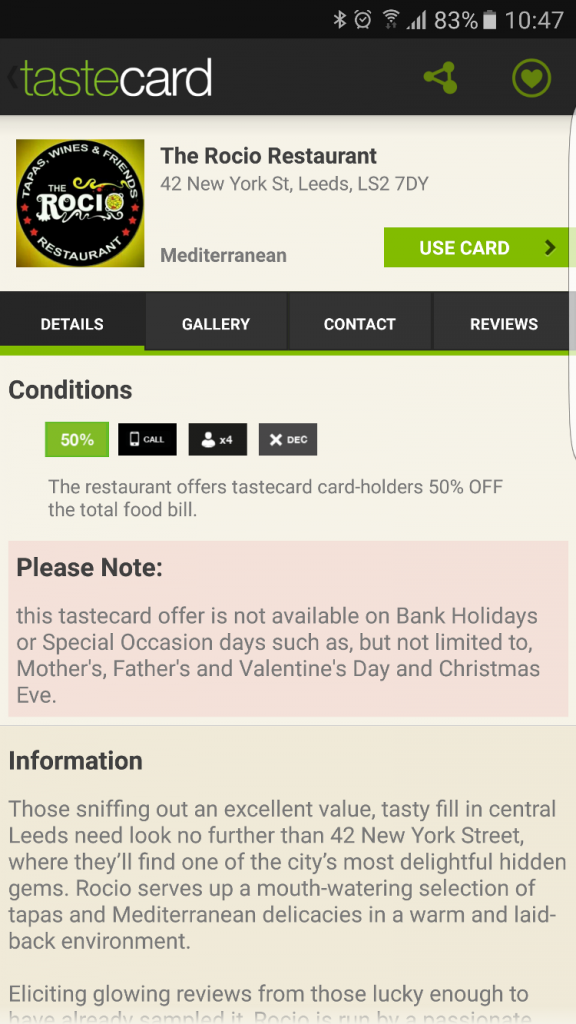 Anyway, I spotted a little tapas restaurant around the corner from us on the app called El Rocio. No review in the app, or on Google, and the website isn’t working – but a further search showed that it’s not been open too long. When I called up to book (for a Friday evening at 7:30pm), I was told they had no bookings. Not no available bookings – no actual bookings had been made for dinner Friday night.

“Not there then,” said TC when I told him, but I decided to stick with it. And I’m glad I did.

We arrived on time to a completely empty restaurant. Let me be clear – this should be attributed to its location – it’s hardly the sort of place you’d stumble across at random – rather than its food or service or price, as you’ll see.

The place was kitted out in red, with a large flamenco dancer on one wall and a large window opening onto the street. Our waiter offered us the choice of seats, and we chose a four-seater (always handy to have the extra space when sharing tapas, in my experience). 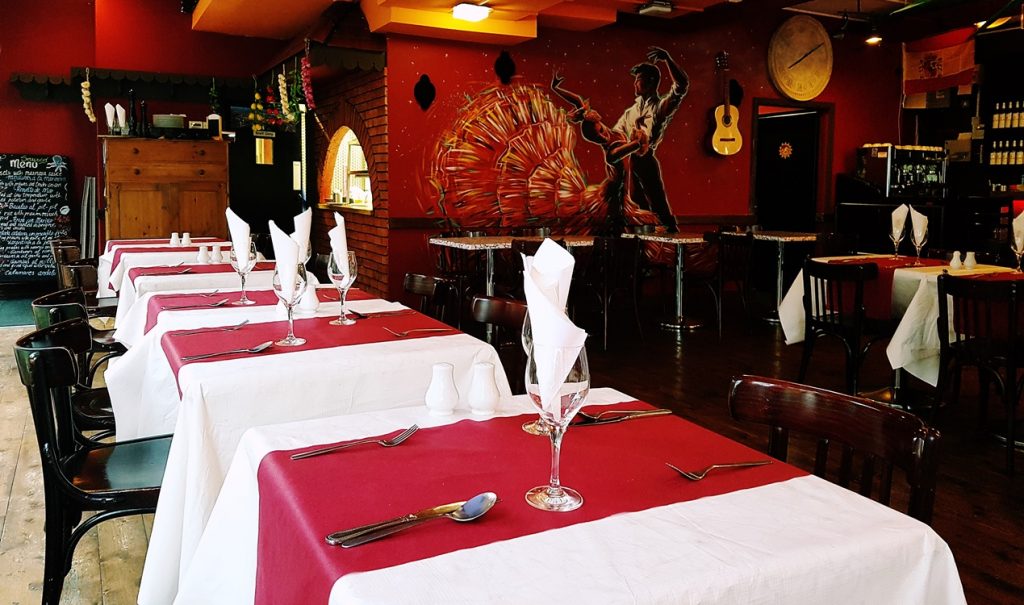 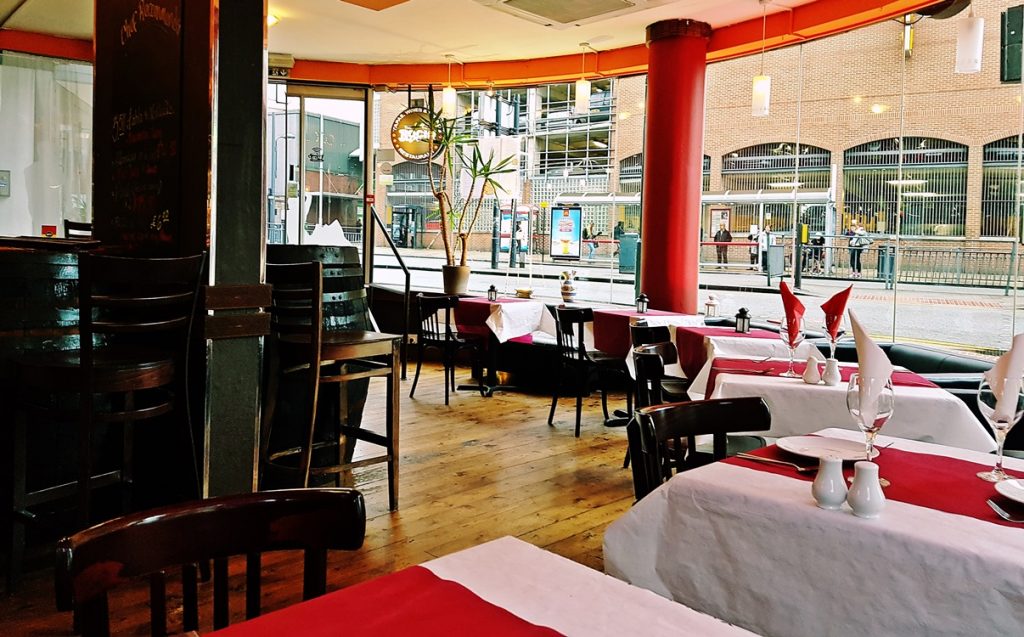 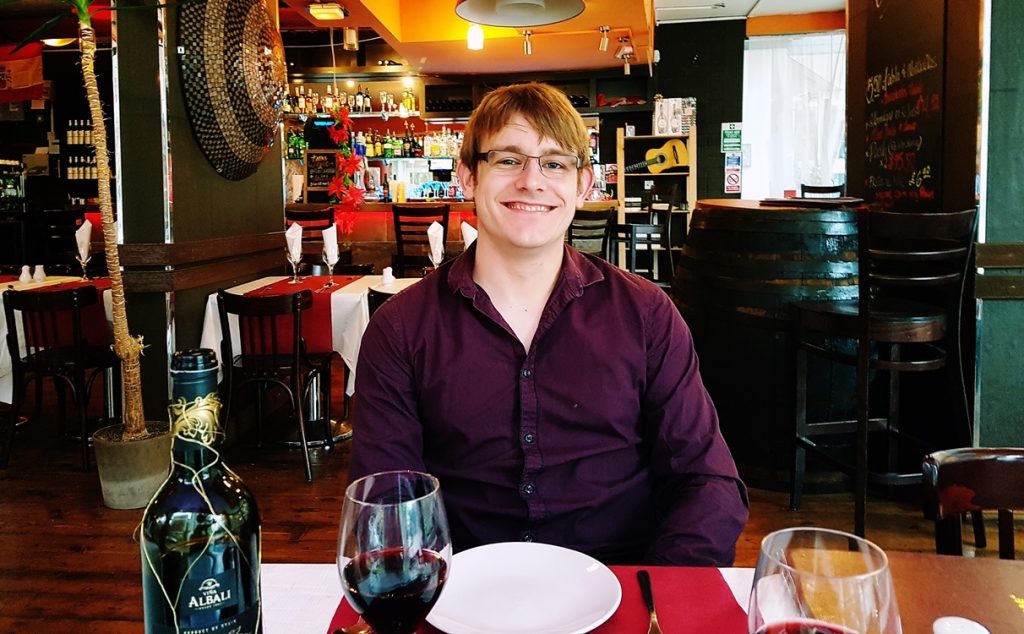 TC declined sangria in favour of wine (why am I dating a man who likes neither sangria nor Pimms?), and though they didn’t have our first choice in, the house wine was a good second choice – and it was Spanish, so props for that. 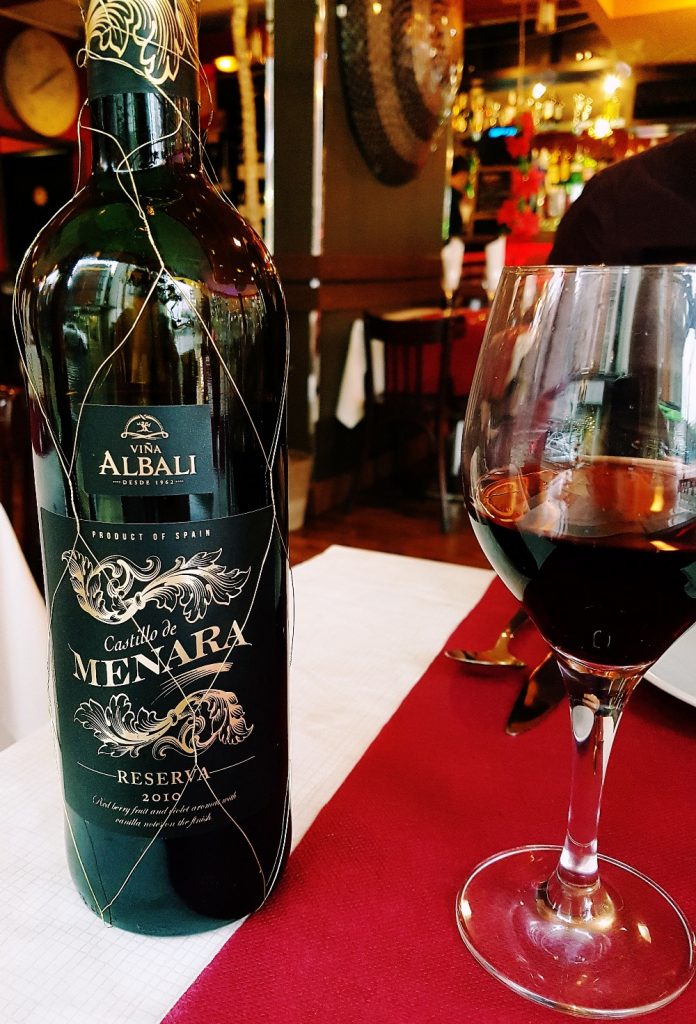 The menu was short but full of more tasty-sounding dishes than we could reasonably order. The dishes were offered at half-portion or full-portion, so we decided to share four halves and a side. Like in any tapas restaurant, dishes were brought out when ready, not together, but this usefully gave me a little bit of time to snap some pics. 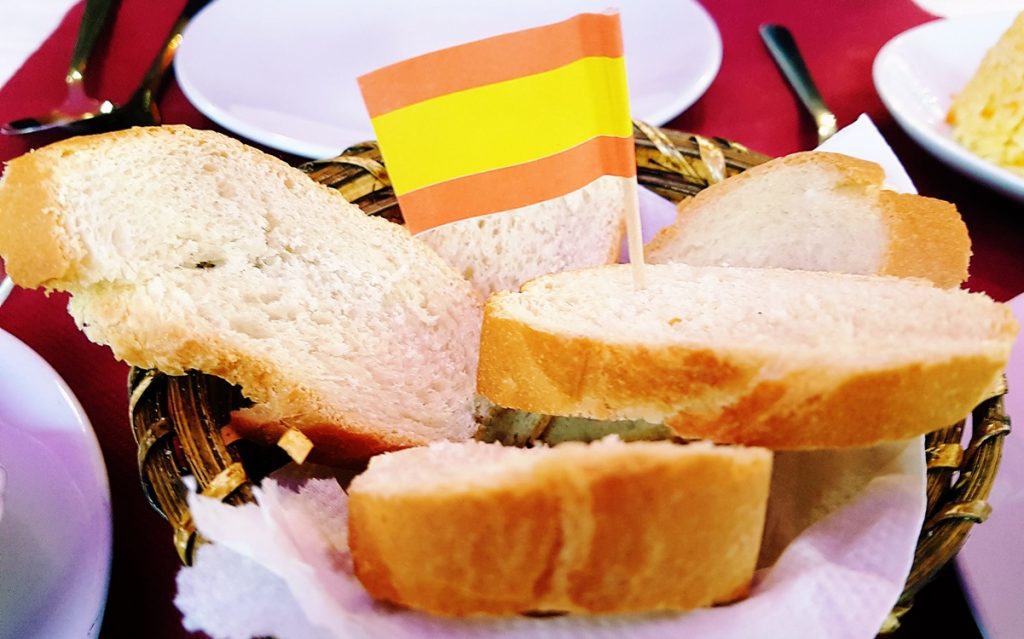 Our first dish was chorizo al vino, a Spanish classic that I find is essential to get at any tapas place as a barometer for quality (FYI the best I’ve ever had was the Cha Cha Chorizo, the melt-in-your-mouth ecstasy which is for some reason no longer on the menu at Las Iguanas). Here the fried chorizo was served with red onions in a red wine sauce. It was amazing – not quite melt-in-the-mouth, but soft and very flavourful. 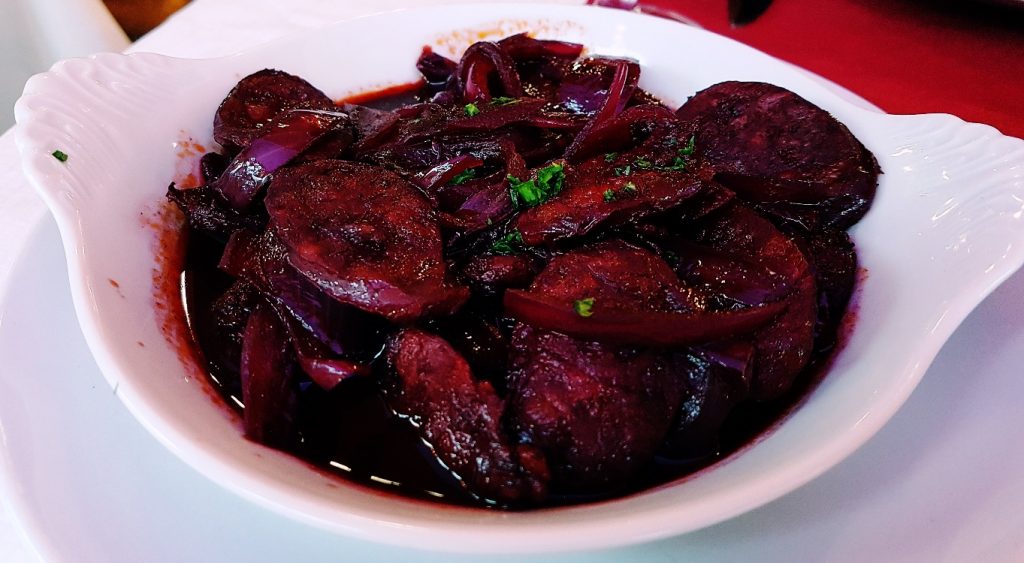 Next up was albondigas de la casa – meatballs in a tomato-ey sauce, served with a mound of rice. This dish didn’t rock my world – I’d have preferred them cooked a bit longer for added texture – but they were still seasoned to perfection. 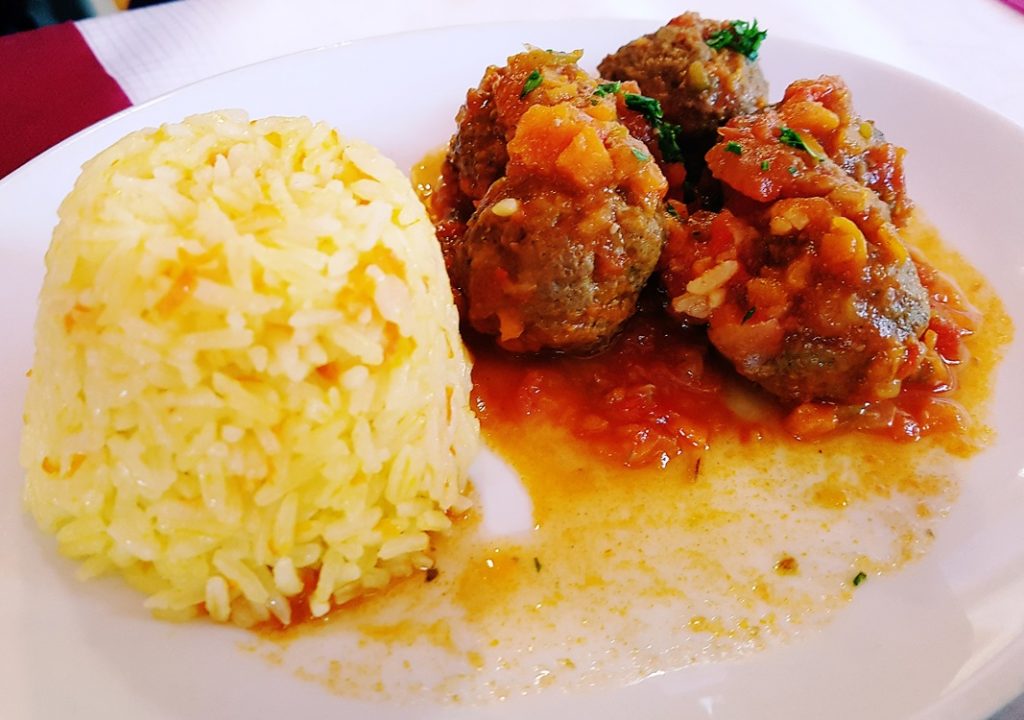 Our side caught TC by surprise. Patatas Bravas is usually served in a spicy tomato sauce, but the Patatas Bravas Rocio was topped instead with aioli. Unlike TC, I’d actually read the menu, so I was more than looking forward to the yummy garlicky potatoes. 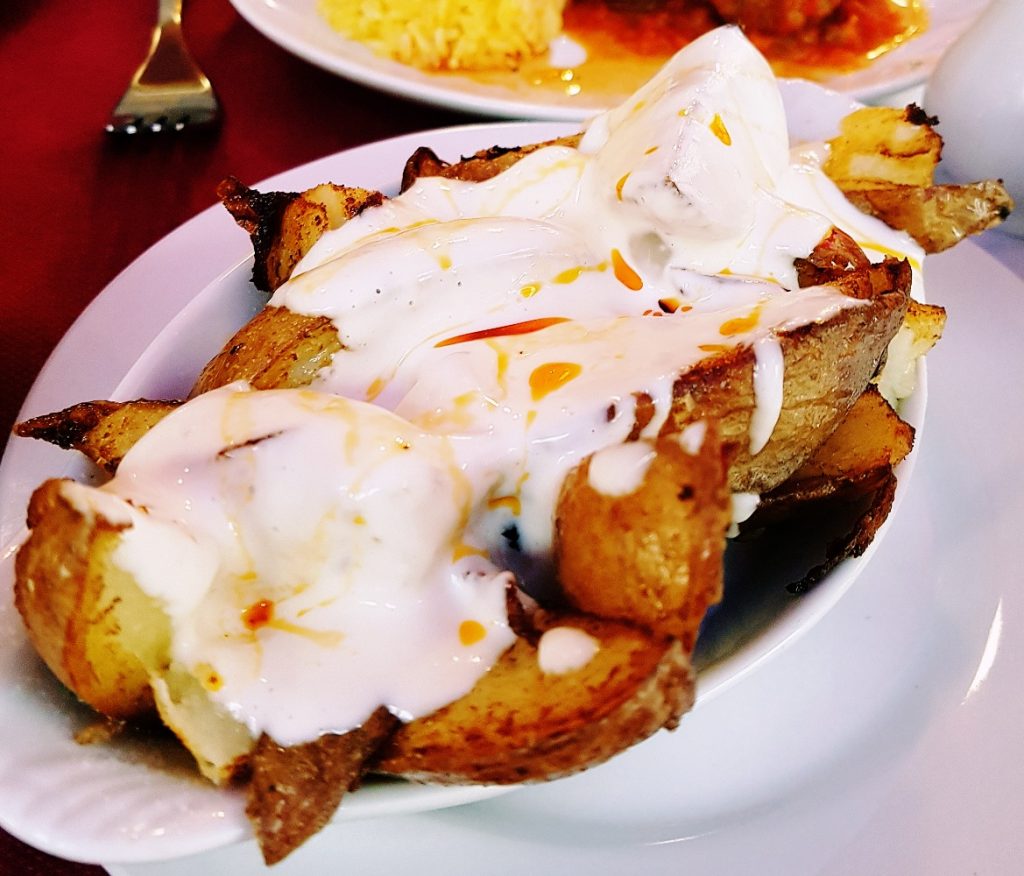 Our third main dish was frutes del mar mixto marinado. The mixed fried seafood dish included breaded calamari, whitebait, onion and a large prawn. I love getting mixed dishes as it lets you try even more things. This was awesome – crispy, not greasy.

And finally we had a serving of croquetas de queso. The little deep-fried parcels of brie were theoretically served with tomato jam, but it tasted a little more fruity – like cranberry or even strawberry. Either way, it totally worked. 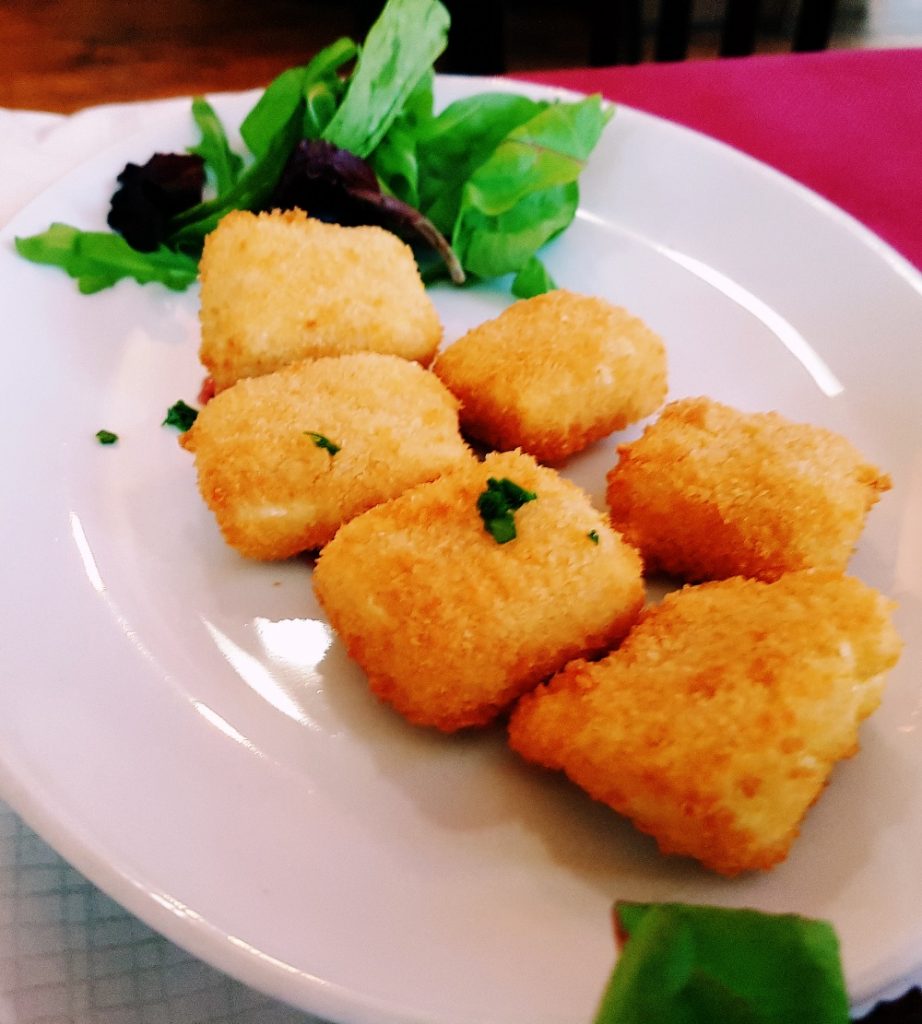 Unfortunately, when we asked for the dessert menu, our waiter said the kitchen had closed to design a new menu. Sadtimes.

But the bill brought a smile back to our faces. With the 50% off from the Tastecard (which here even included the drinks), it was just £25 – amazingly cheap for tapas for two.

We’ll definitely be back. The atmosphere (a.k.a. complete deadness) of the place leaves something to be desired, but c’mon – amazingly cooked tapas for under £30? It would be rude not to.

I just discovered that Tastecard are currently offering three months for £1! GET ONE. You will make way more than that back the first time you use it. GET ONE GET ONE GET ONE!

Salmon and Cheese and Everything Unhealthy: Recipe

Salmon and Cheese and Everything Unhealthy: Recipe

Okay, I promised you an unhealthy salmon recipe, so here it is! The most awesome thing about this recipe is...